Superyacht ICON has recently sustained a transformation, undertaken by the very same shipyard who originally built her. Delivered in 2010 by ICON Yachts, the original 62.5 metre vessel was then also the shipyard’s inaugural yacht. 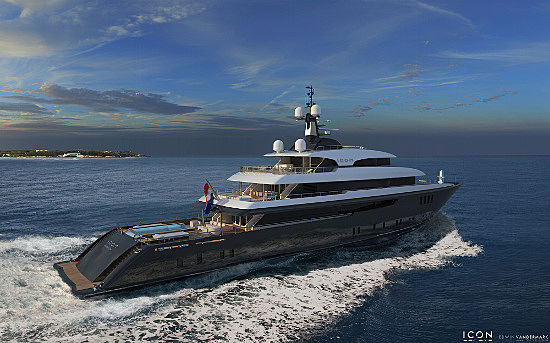 She was purchased by her current owner earlier this year, where she was returned to ICON Yachts for a five metre transom extension to an overall length of nearly 68 metre along with other interior and exterior alterations. The whole project took only six months, with the shipyard announcing her completion recently. 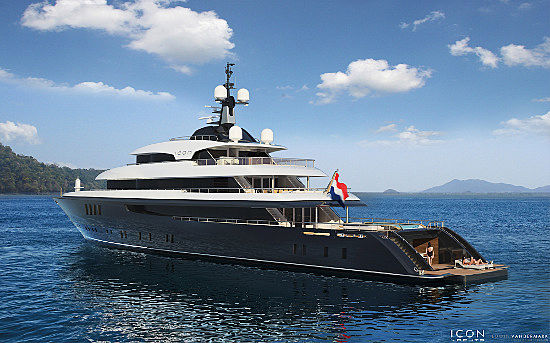 The new owners plans for ICON were very defined from the start, firstly intending to lengthen her aft main deck and beach club areas to further heighten her entertainment potential. The beach club now easily transforms into an ample party space. 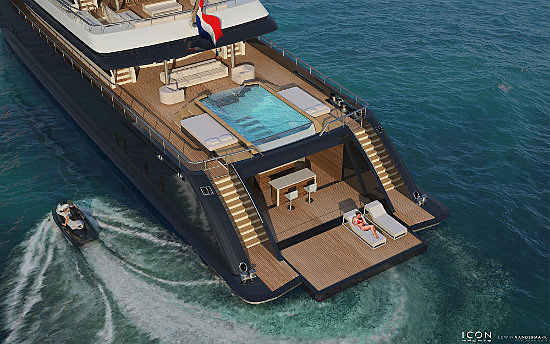 Enhancing this area is the 5 metre long infinity swimming pool, which features glass elements to the front and stern above the transom, and large lounging areas either side. The glass bottom windows bring a flood of light to the beach club day or night. Adjoining is a large Hamam, a six person sauna, a gym, showers and a dive store. 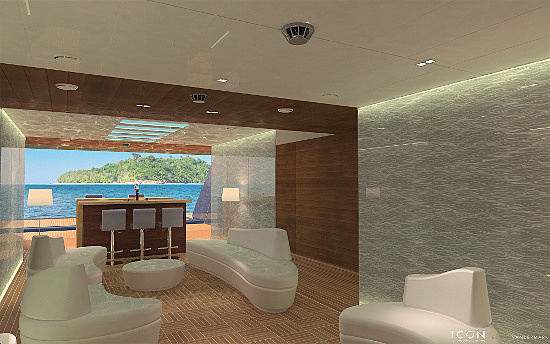 In regards to the interior, the new owner only had small requests to adjust certain areas. The central staircase and owner’s stairs have been refinished in brighter colours with softer materials, creating a more welcoming and comfortable style that better fit his requirements. Further alterations to ICON include the bridge console, which is now angled around the central helm position and featuring rail mounted pilot chairs instead of the previous fixed seating arrangement. 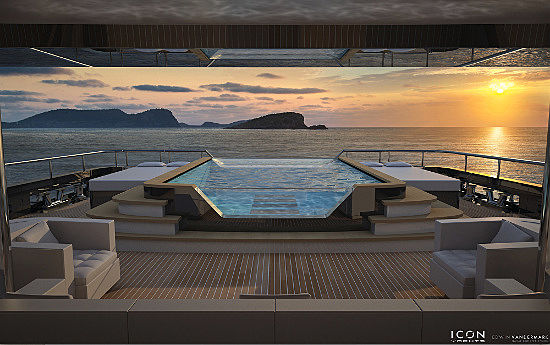 Further alterations to Icon include the bridge console, which is now angled around the central helm position and featuring rail mounted pilot chairs instead of the previous fixed seating arrangement. 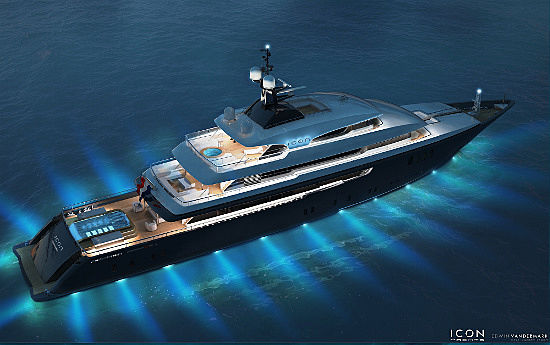 In terms of technical improvements, ICON Yachts first superyacht has been substantially upgraded. Improvements include new Scania generator sets that are now accommodated in a larger space and fitted with their own sound shields. Her bow thruster was upgraded to be in balance with the extended hull, and now boasts three tons of side thrust.

Completing her transformation is a complete exterior repaint. Currently en route to Monaco, she will enjoy the upcoming Monaco Yacht Show before heading to the Caribbean for the winter season, where her first charters are reportedly already queuing up.