Mulder Shipyard has been hard at work the last few days following the launch of their flagship vessel, the 36-metre project BN 105 named Delta One, as the yacht has been put to the test last week during sea trials off the Dutch town of Scheveningen. The all-aluminium project was signed last year and Mulder announced earlier in 2017 that is already building the second unit in this range, hull number BN 110. 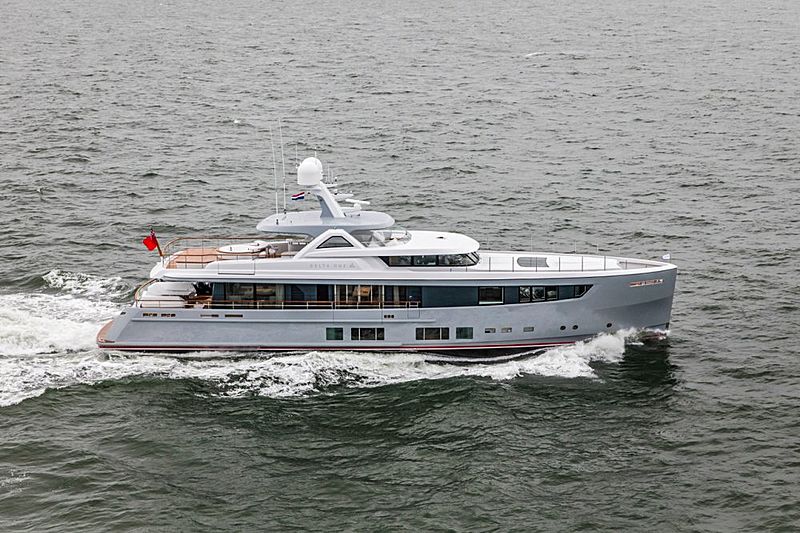 As with the 34-metre Solis, Delta One is another collaboration between Mulder Shipyard and British design studio Claydon Reeves together with Van Oossanen Naval Architects who implemented their Fast Displacement Hull Form (FDHF) for a comfortable and efficient ride out at sea.

The full beam interior, also designed by Claydon Reeves, accommodates up to 10 guests in five staterooms.