Yesterday the forward section of a new 130+ metre superyacht project arrived in Bremerhaven where it is believed to being built at Lloyd Werft which is based in the German town. Superyacht photographer Christian Eckardt was once again on the scene to capture the arrival of this new secretive project. Very few details are currently known about the vessel but from the current state of the project, we can expect the yacht to be completed around 2020. 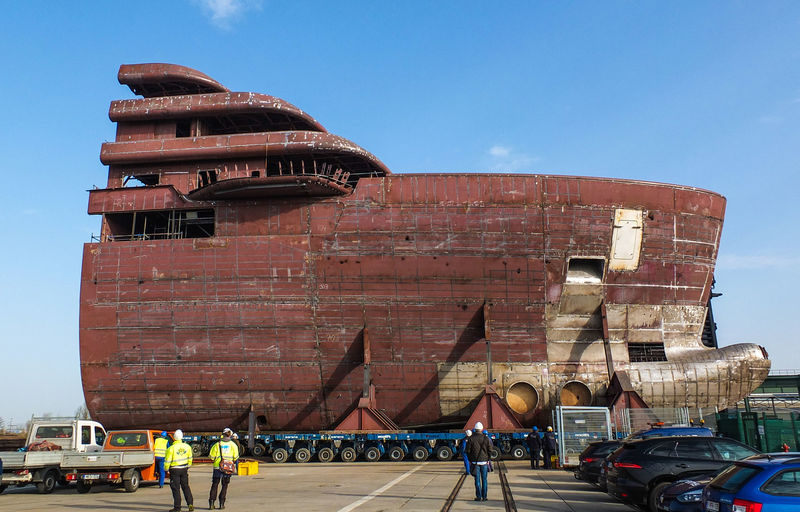 Predominantly a commercial shipyard, Lloyd Werft also specialise in the build and refit of superyachts and are behind the construction of the 2010 115-metre luxury explorer yacht Luna. 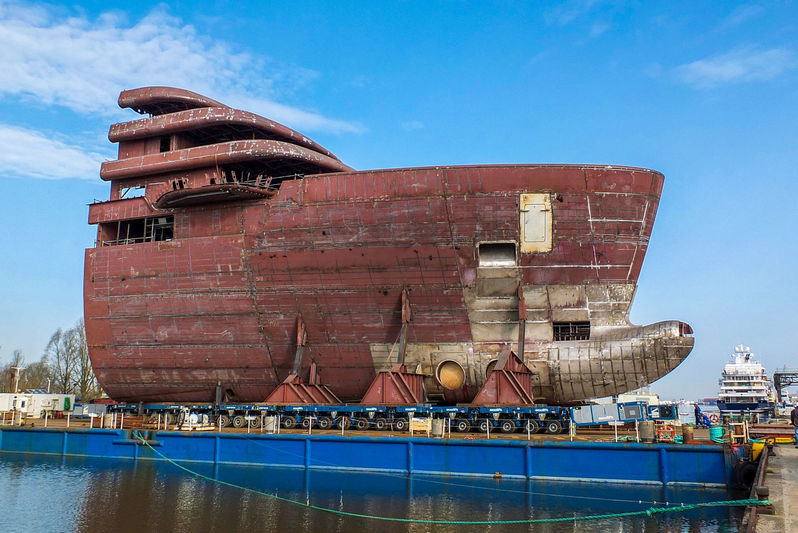 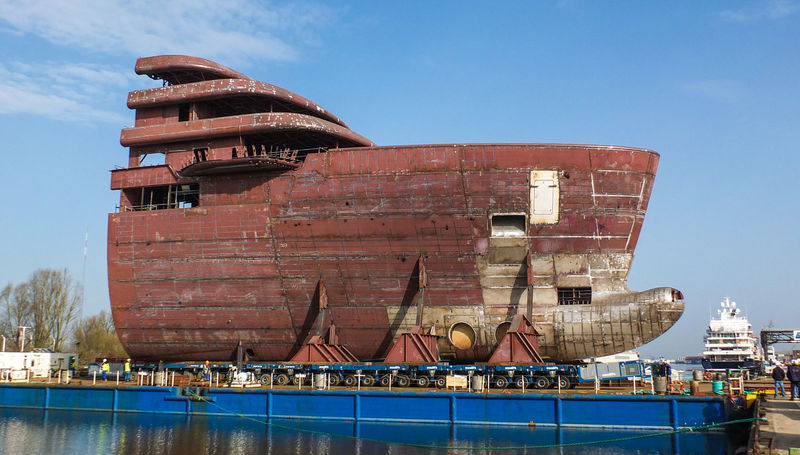