Last month we reported on the extensive refit project that was underway on the vessel known before as Delma, taking place at Amico & Co in Genoa. Now namedQueenMiri, the yacht was moved from out thecovered dry dockfor the first time in over a year yesterday, and we can now show you the final result of the past month’s hard work. 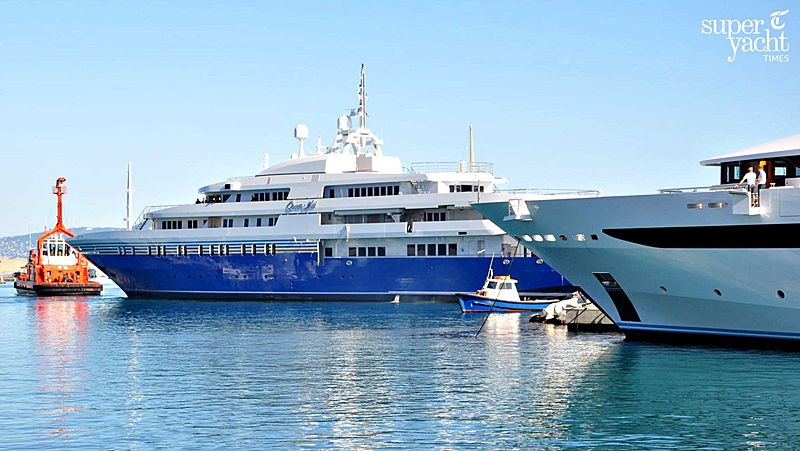 The most notable exterior difference is the yacht’s new length of 91.5 metres, extended from the original 85 metres.The complex procedure saw a 16 metre section of the hull having to be cut back in order to conform to the required hydrodynamic specifications once lengthened.As part of this procedure was the creation of a floodable garage that is designed to accommodate a large tender.

What is not visible however is the extensive work having been done to the yacht’s interior. Few details are known about what the new guest areas look like, but it is believed that the level of finish is better described as a new build project rather than that of a refit.In addition to the lengthening of the vessel, this period offered the perfect opportunity to replace her main engines with twin MTU 20V 4000 M93L engines, including three new MTU generators. A complete foundation-rebuild was required to accommodate these new units.