Australian shipyard SilverYachts have revealed details surrounding their new 85m fast world explorer, Silver Loft; the first of a new generation fast world explorer yachts, and the fifth hull to be built by the yard. Currently under construction at the shipyard in Western Australia, SilverYachts again drafted designer and naval architect Espen Oeino to continue the company’s philosophy of building fast and fuel efficient aluminium yachts. 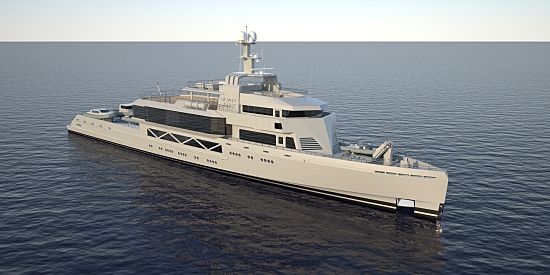 With the same beam to length ratio than the successful line of 70 metre yachts in the Silver Series, Silver Loft is designed to offer the same hydrodynamic and eco-friendly approach as her predecessors, but this time offering nearly twice the volume, at 1600 GT.

The new generation 85m hull platform has been extensively analysed and tested and has proven to be the most efficient hull form produced by the yard in terms of engine power per tonne of displacement. The platform presents the opportunity to be used either as a superyacht or yacht support vessel thanks to a highly stable and versatile design. The entire project was developed by a highly skilled team overseen by Espen Oeino, and includes SSPA from Sweden, in addition to a constant input from SilverYacht’s in house design team. 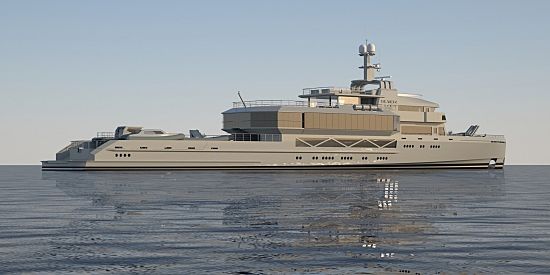 The name Silver Loft is derived from the single 300sqm loft-style space that is located on the upper deck. This area has been dedicated to guest living spaces and is surrounded by full height windows that wrap around the entire aft deck structure to present unrivalled views and creates a floating environment on the inside.

As for the interior, Silver Loft will offer a master suite with en suite and a private salon. Further accommodation areas include 3 VIP cabins, two of which are placed forward on the upper deck, and another 4 guest cabins on the main deck below. A total of 21 crew are accommodated across 9 crew and 4 staff cabins. 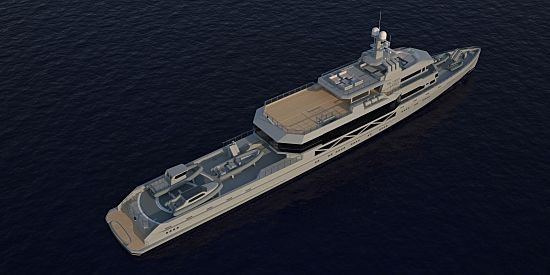 Main deck exterior has been kept uncluttered with a vast aft deck allowing for versatile watercraft storage options. Three certified helicopter landing pads are available, one of which is served by a dedicated storage hangar for use during long range crossings, and can be utilised as a watersports equipment storage facility during charter mode.

The design team has opted for a straight bow, a feature which seems to be increasing in popularity. Benefits of this particular bow shape includes an increased interior volume due to the longer waterline length, as well as decreased resistance resulting in a higher top speed. 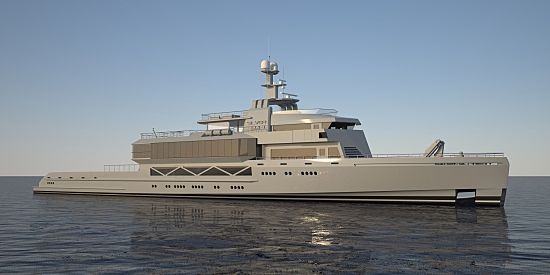 The first 85 metre project is currently under construction and is already past the halfway mark. This means an expected delivery date towards the end of 2017 is predicted. The yard is heavily invested in the project, and have already scheduled construction to begin on hull number 6, the second 85 metre project, to begin within the next year which will see it ready for launch two and a half years later.