The foundations of the new building works at Holland Jachtbouw’s shipyard were recently laid by the Mayor of Zaandam, Geke Feber, in preparation for the new halls and offices. 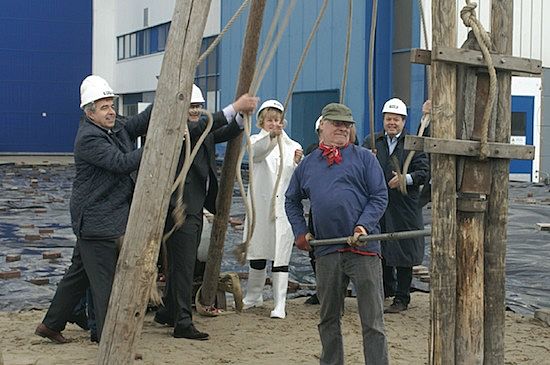 Phase One is due to be completed towards the end of 2014 with a new 60 metre x 26 metre state of the art 18 metre high build hangar. The building works will provide a lengthened main construction hall to 55 metres. 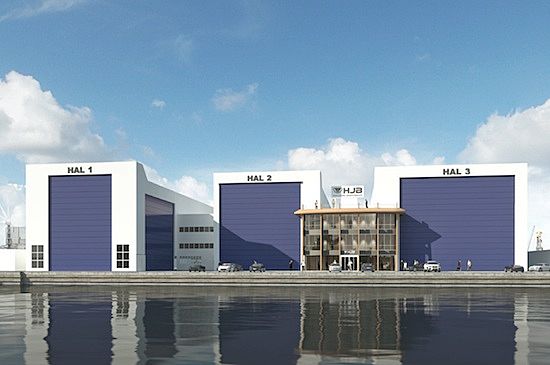 This space will provide for the new projects ready to arrive at the Holland Jachtbouw halls later this year, including a Tripp 46 metre sailing superyacht and the Dijkstra designed 51 metre schooner, Rainbow II (formerly Hamburg). 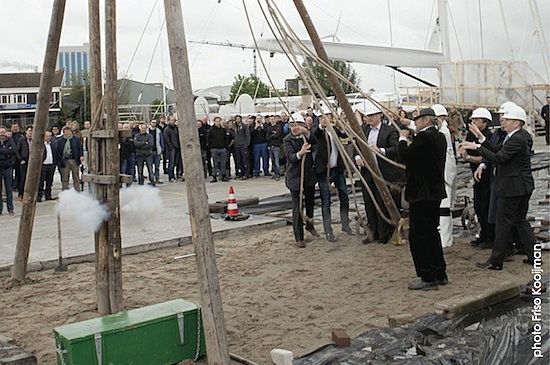 New design offices will be located between the build halls providing an all round view of each project in build or refit, as well as overlooking the 120 metres of the shipyard’s waterfront.