Port Whangerei Marine Centre in New Zealand is currently having a new 100 ton travelift assembled at their facility. The lift will soon be operational following inspection and approval from the manufacturer official. The yard reports that an order for a larger 560 ton travelift has already been placed, and following discussions at the recent Monaco Yacht Show, will be delivered before the start of the 2016 season. 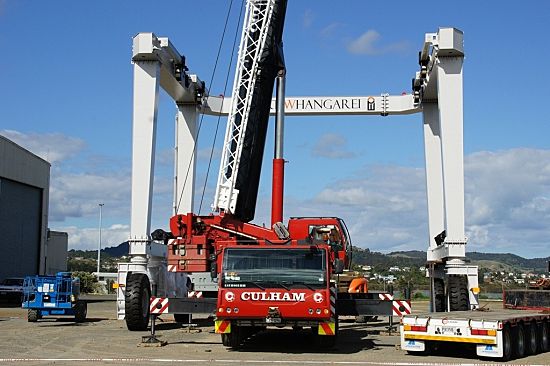 Port Whangerei Marine Centre forms part of Oceana Marine’s companies, one of the various superaycht refit facilities in New Zealand serving global-cruising superyachts and those operating within the Pacific.

Oceana Marine is currently working on the refit of a 53m Damen-built fast support vessel named Advantage, which is said to be re-launched before the end of this year.