With the Mediterranean summer season well underway, here Kateryna Kyslyak takes us off the beaten track and shares her experience of cruising through the Corinth Canal on board a 30-metre luxury motor sailing gulet from Turkey to Croatia. Passing by the coastline of five countries in total, including Greece, Albania and Montenegro, enjoy the experience of crossing the narrowest navigation water passage in the world created by man. 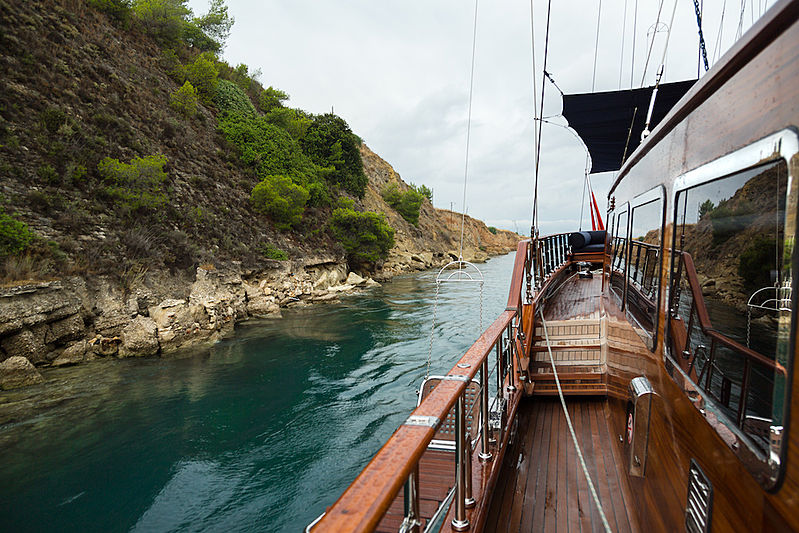 Our trip from Marmaris to Croatia started early morning on Saturday. The next day in the evening we arrived at the Corinth Canal. In order to get to the Adriatic region, the 30-metre yacht needs to cover a total of 850 miles - though it would have been substantially longer, approximately by 430 miles if there hadn’t been a chance to take a shortcut by going through the Corinth Canal in Greece. This unique passage connects the Gulf of Corinth with the Saronic one, thus allowing vessels to get from the Aegean Sea to the Ionian and vice versa without going around the Peloponnese. 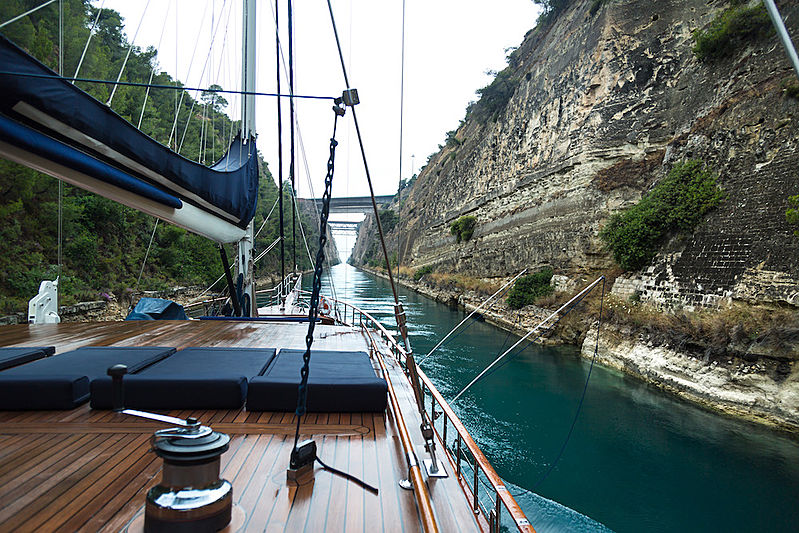 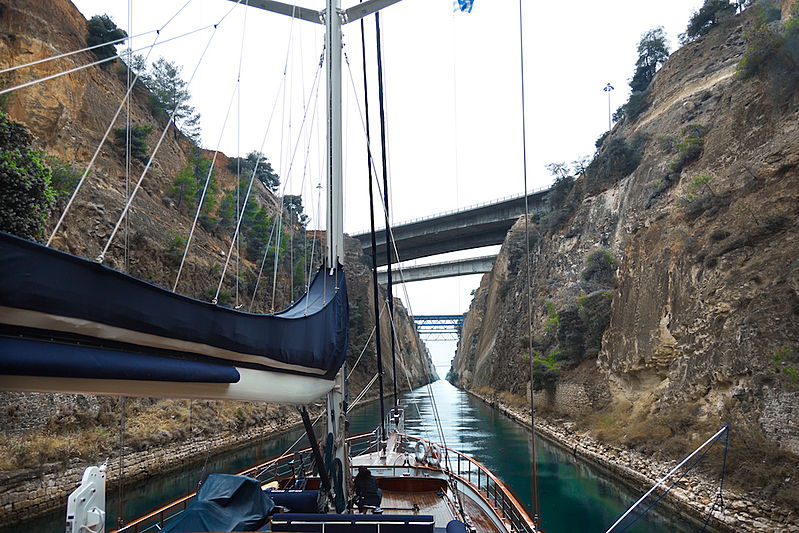 The watercourse separates the mainland of Greece from the peninsula and you could say this turns the Peloponnese into an island, and not a peninsula. The canal is crossed by several roads and a motorway, as well by a railway line. It is approximately 4 miles long, and only about 70 feet wide, with just a few parts seeing its width reaching 82 feet. 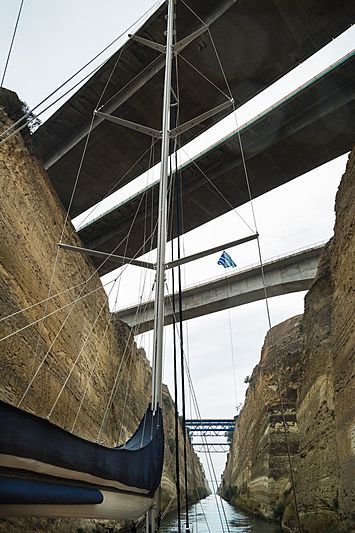 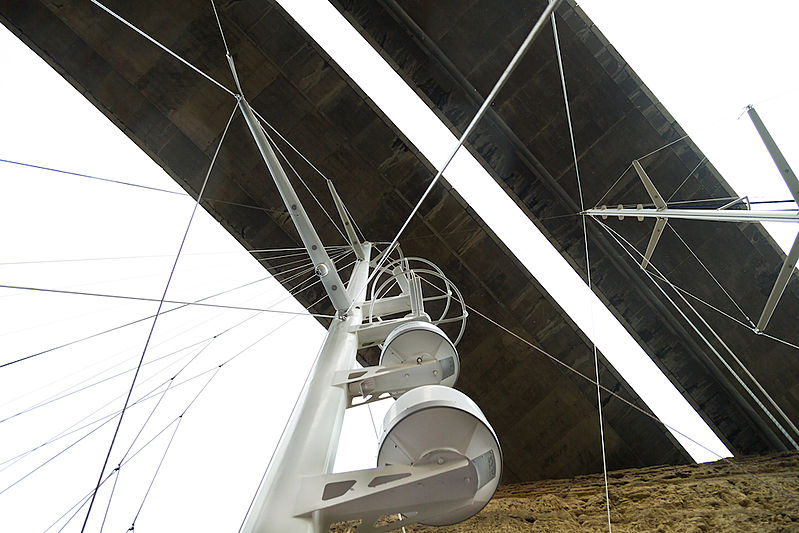 The idea to dig a channel in this place was first born in the seventh century B.C in the head of the tyrant Periander. However, he was afraid that construction works would cause a massive inundation of the land and thus enrage the greek Gods. Superstition aside, the canal was finally built and opened to vessels in 1893 after eleven years of construction. Back in World War II times the conduit was almost destroyed by the German forces, and after multiple explosions, the passage remained strewn with soil and military equipment for several years. 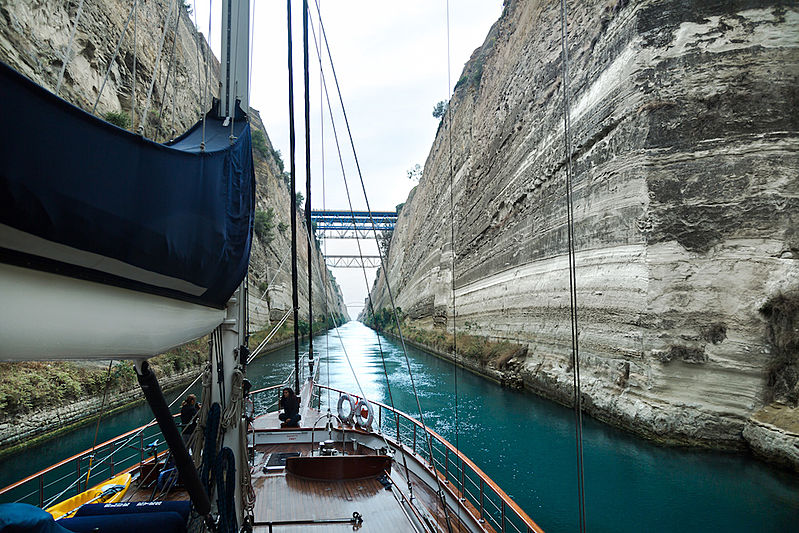 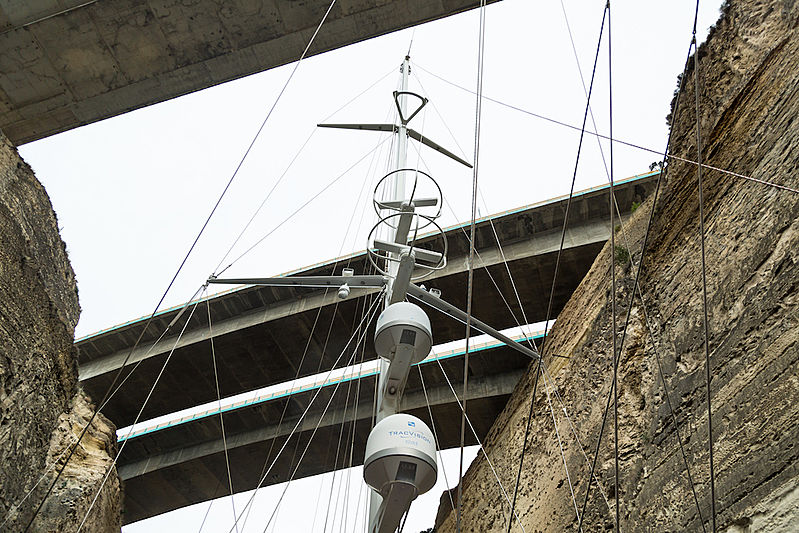 The deeper you sail into the Corinth Canal, the narrower its passage becomes. The water in the channel has this color of vibrant aquamarine, and the cliffs a rich terracotta hue. 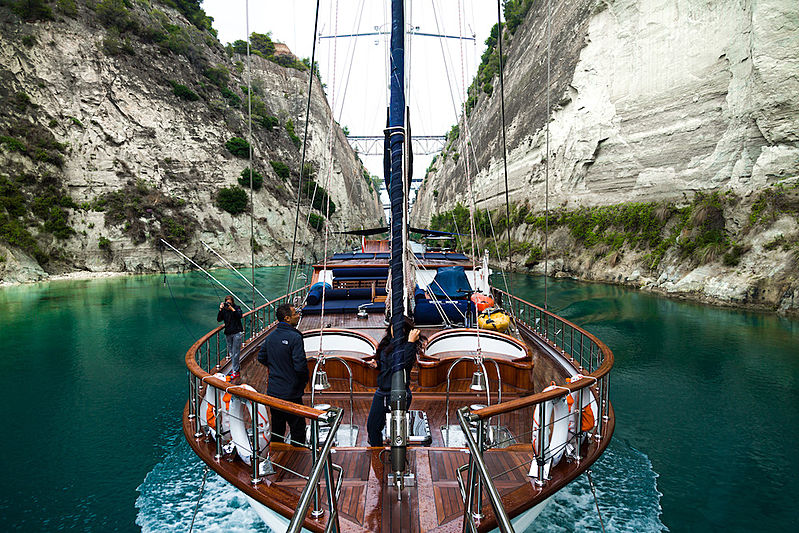 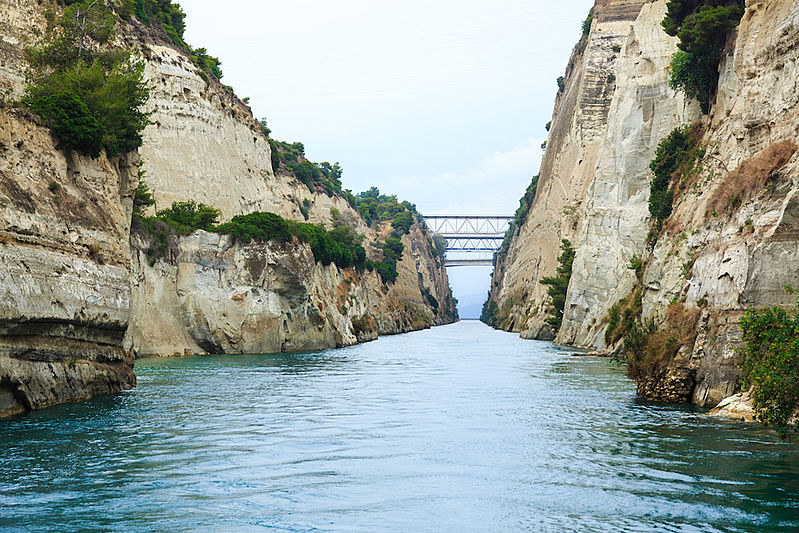 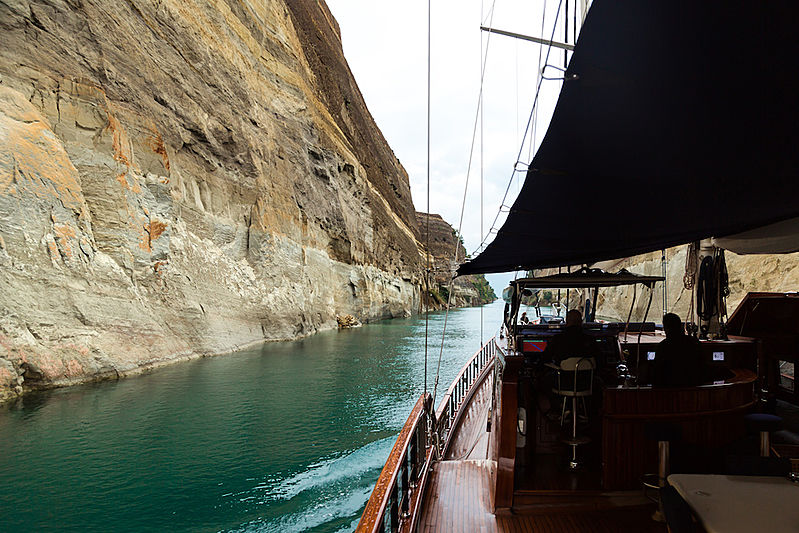 Needless to say, if you’re looking for an off the beaten path for your next superyacht journey, cruising the Corinth Canal is an excellent choice.

Video: what is it like crossing the Atlantic Ocean on a superyacht?