The Dutch shipyard Van der Valk has announced the sale of a 23.55-metre explorer, Project Capella, set to be launched in spring 2023. The owners are working closely with the shipyard on the vessel, and have helped to incorporate elements that reflect how the yacht will be used by the family. 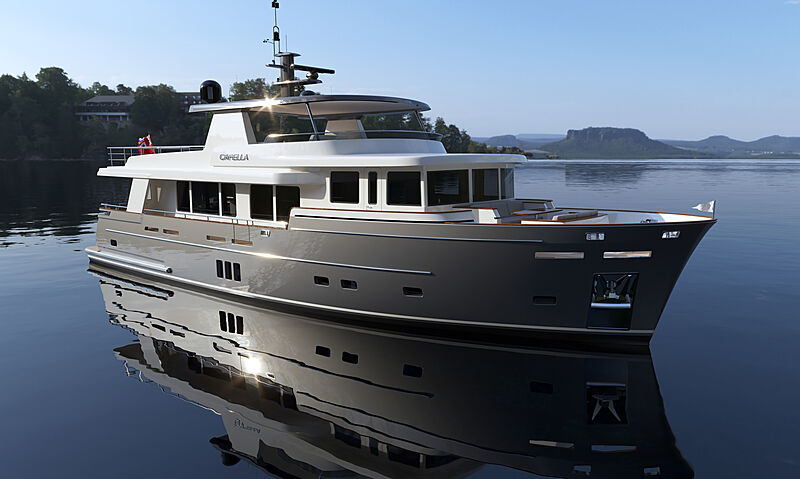 The yacht has a round-bilged, steel hull, aluminium superstructure and bulbous bow, and an open-plan main deck; she will also carry an array of toys. Guido de Groot has been chosen by the clients as the designer for the exterior and interior design. Diana Yacht Design are penning the naval architecture, and working closely with Van der Valk on the custom explorer yacht. 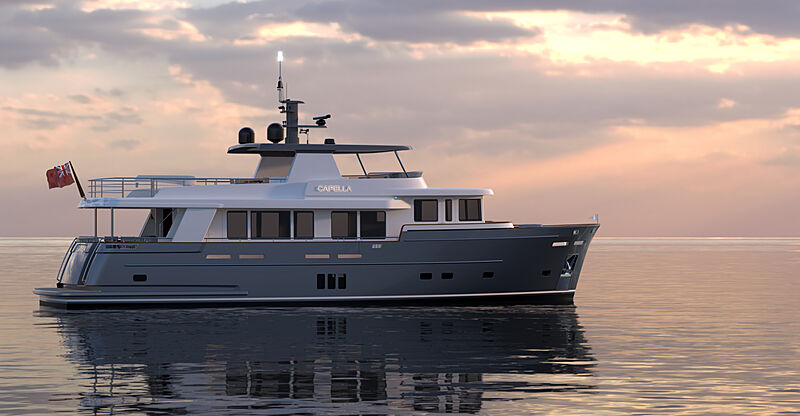 Comfort is the aim of the design, she is a displacement vessel with a low centre of gravity, and much attention is being paid to the noise and vibration cancellation, as well as a focus on low fuel consumption.. 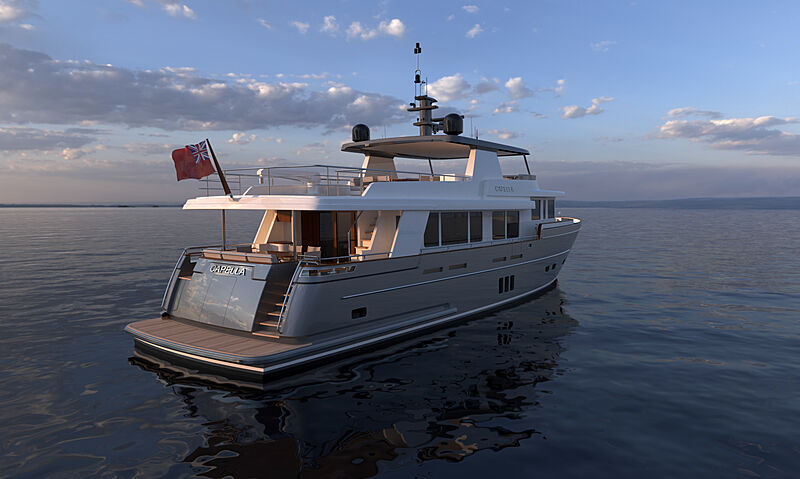 Van der Valk’s General Manager Bram Kooltjes commented, “They started out with a detailed briefing that could be fully taken into account during the design and development stage.” Adding, “The family is personally involved in the everyday decisions that can make a difference to their inner well-being when on the yacht. Project Capella has a distinctly masculine and rugged look while also taking inspiration from previous Van der Valk successes such as Seawolf – they loved her hardtop, now with straight windows – and the stern area of Venera.” 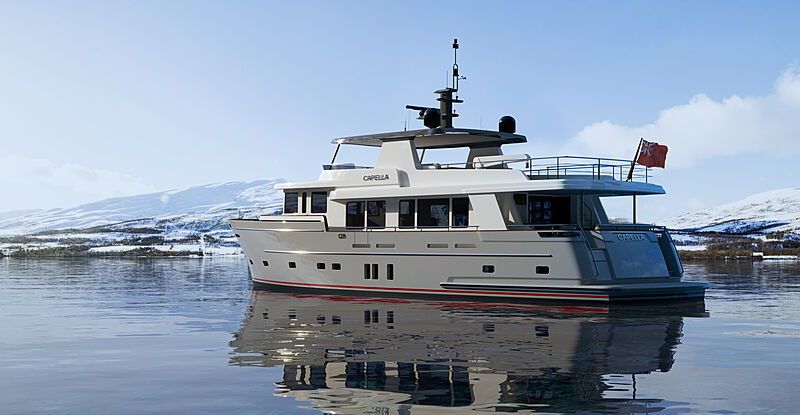 Project Capella will accommodate as many as eight guests between a master, VIP and two guest suites with twin beds that can be converted into doubles. Capella will be fitted with twin MAN engines and her owners aim to cruise her autonomously in the Mediterranean, as well as much further afield. When crew are on board, they will be accommodated in two cabins on the lower deck.