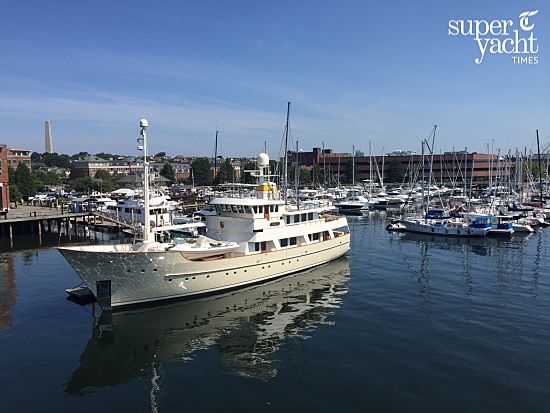 Launched as Axantha in 2003 at JFA Chantier Naval in France, the 37 metre Zeepaard’s interior and exterior areas along with her naval architecture was designed by Vripack. Her Dutch owner acquired the yacht in 2009, and following a refit period, embarked on a voyage to circumnavigate the globe. Zeepaard is currently cruising along the East Coast of the USA, and is seen here moored in Boston yesterday.