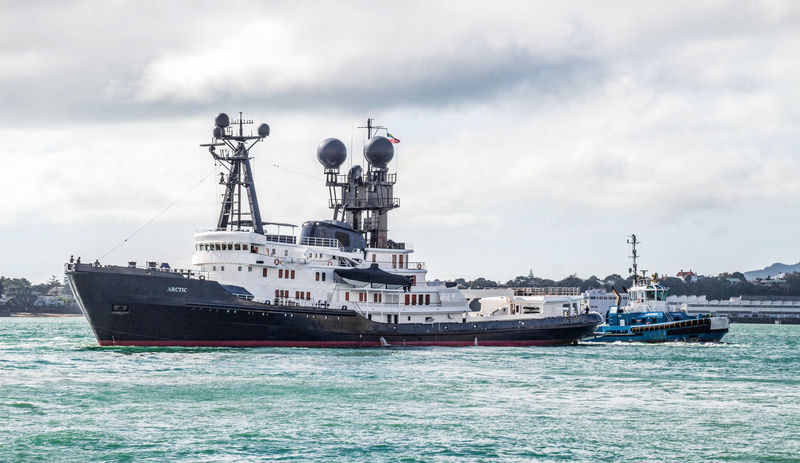 Photo: Dillan Nuttal-MahoneyCurrently making her way across the Pacific Ocean heading towards the east coast of the States is the 87.5-metre explorer yacht Arctic P. The yacht was recently seen leaving Queens Wharf in Auckland, New Zealand where the yacht spent several months undergoing maintenance work. Arctic P was born 1969 in Bremerhaven, Germany where she was built at Schichau Unterweser. For over two decades she roamed the high seas as one of the mightiest deep-sea ice-breaking tug vessels under the service of shipping and salvage company, Bugsier. In 1993 she was sold to Magenta Investment and renamed Arctic Research and changed hands shortly after in 1995 when she was under the ownership of her current family, to be converted as a luxury yacht. Today her ocean-going capabilities are still put to the test by her new owners who often use the vessel to discover some of the most remote areas of our planet.