The latest project from Turkish yacht builder Turquoise Yachts has been unveiled this week as the 55.99-metre explorer yacht Blue II (project Lombok) was launched in Istanbul. The project is a collaboration between the shipyard, Dutch design office Hoek Design and owner's representatives Master Yachts. Outfitting and commissioning will continue and the yard reports that delivery of the vessel is on schedule for early July. 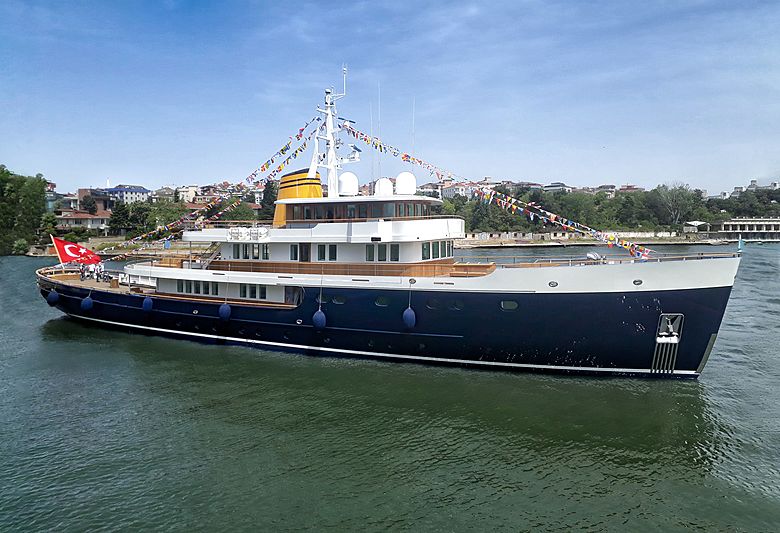 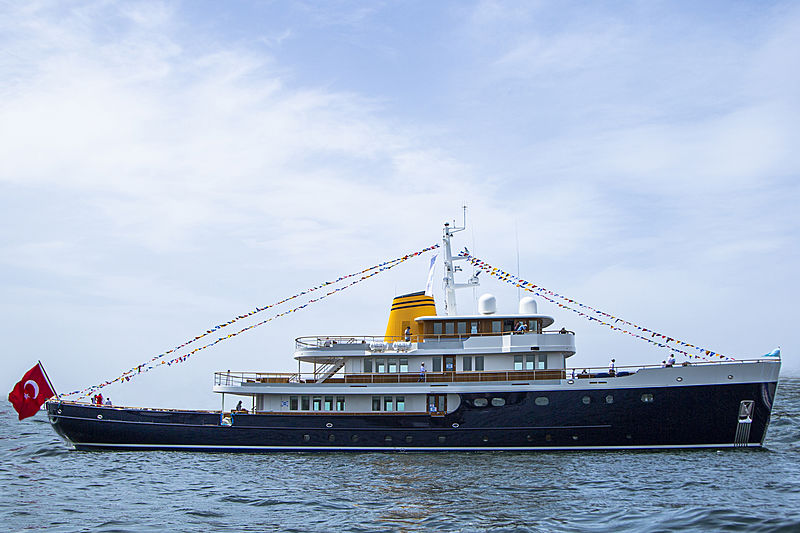 Designed and built for serious offroad exploration, don’t be fooled by Blue II’s classic gentleman yacht-like exterior. She comes complete with an ice-class 1B steel hull and ice-breaking bow to take on the Northwest Passage and polar regions with confidence. 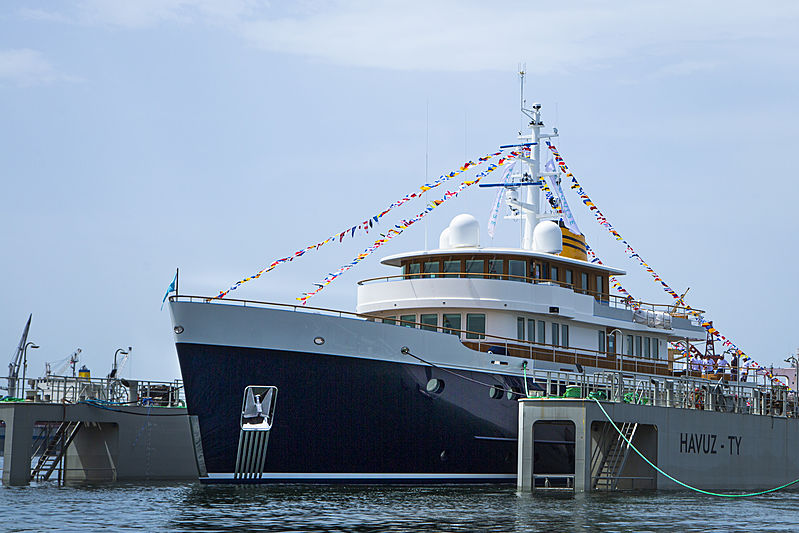 “There’s a big trend at the moment in expedition yachts, and a lot of people think that when you do expeditions you have to do something agricultural,” explained designer Andre Hoek in an earlier interview with SuperYacht Times. “That’s not the case: we wanted to design something that is both beautiful, performs and keeps its value. It’s got everything that you could imagine on a new, modern boat.” 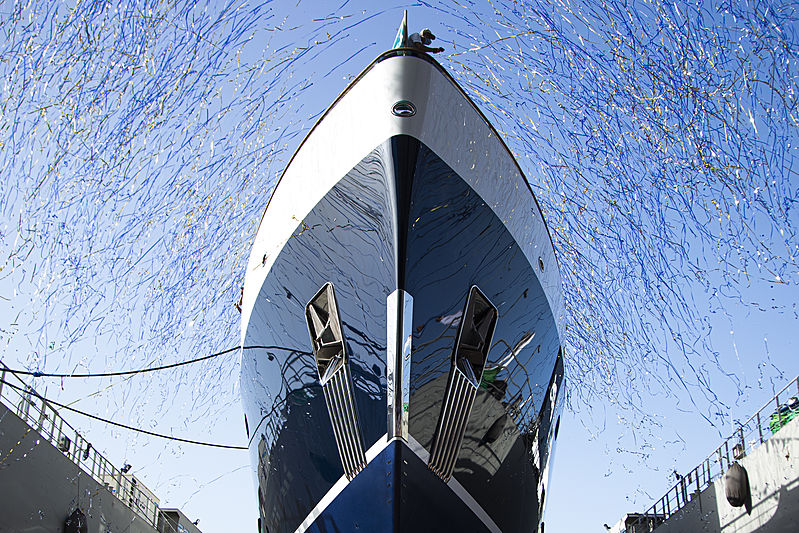 Photo: Turquoise YachtsIn order to safely explore remote areas of our oceans with minimal impact on the environment, Blue II is fitted with a IMO Tier III-compliant diesel-electric propulsion system, consisting of two 800 kW e-motor fixed to a Renk reduction gearbox. The main propulsion generators are made up of two CAT C32 830 ekW motors. Four Naiad fin stabilisers will keep Blue II poised in even the roughest of conditions. 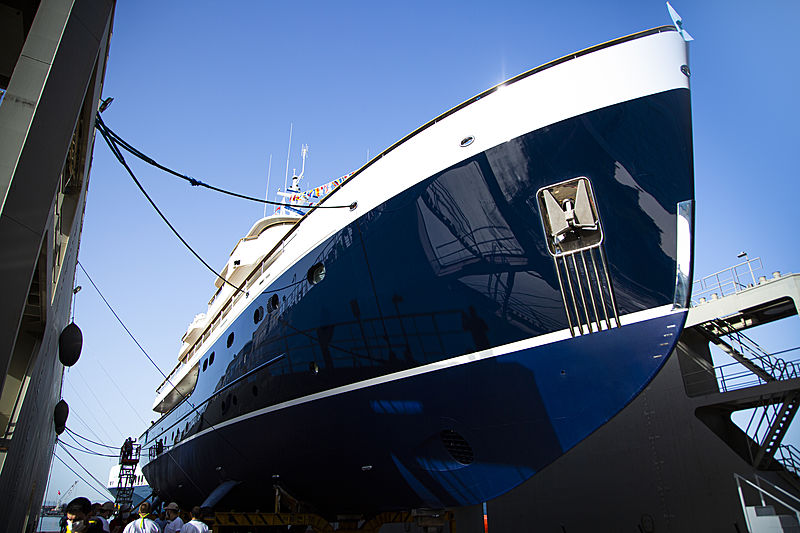 The classic theme of the yacht is carried through to the interior of the 785 GT yacht where Hoek Design worked together with Vickers Studio and Dols Home who are responsible for the styling of the guest areas. She hosts six cabins in total which comprises of four guest cabins on the lower deck, a VIP suite on the main deck along with a generous owner’s apartment with its own study room. 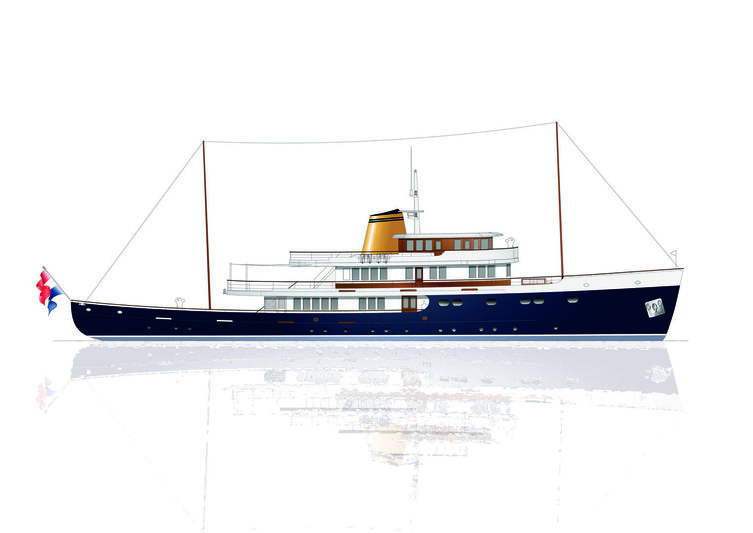 Elsewhere, guests can look forward to features such as a fully-equipped gym and a wellness centre with sauna, steam room, Turkish bath and massage room. Two large tenders are stored underneath the yacht’s deck for maximum protection from the elements while losing as little valuable interior space as possible.