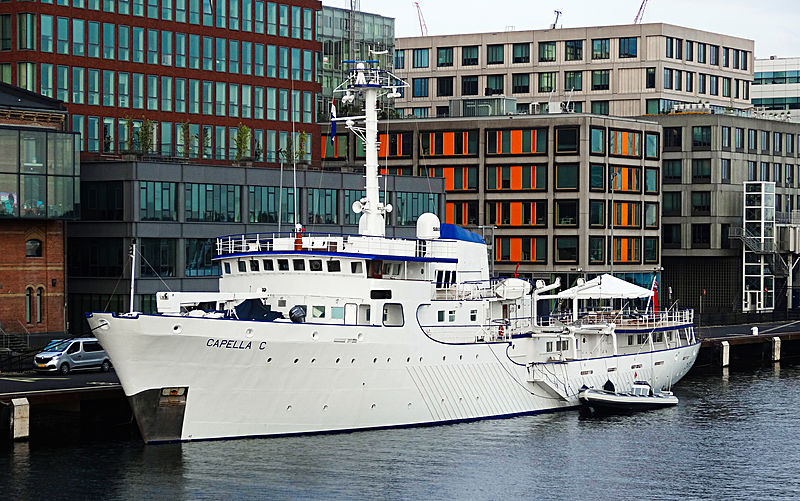 Photo: Aurélien Herman / SuperYacht TimesBuilt in 1968 as a Dutch pilot vessel, the converted expedition yacht Capella C returned to her home country this week where she was spotted in Amsterdam. The 59-metre vessel underwent an extensive refit in 1985 and again in 2008 that transformed her into the luxury cruiser we see today. Inside, Capella C can accommodate up to 22 guests in 12 cabins and operates with a crew of 17. Built for unforgiving ocean voyages, she is powered by three Deutz-MWM engines giving her a maximum speed of 14 knots and a cruising speed of 13 knots.