CPN Shipyard together with Yachting Expertise launched the 36.6-metre explorer yacht K-584 in Ancona over the weekend following a two-year build period for an experienced owner. The project was overseen by Yachting Expertise who was involved since the project development stages ad will continue with their involvement during the upcoming sea trial phases, ahead of the yacht’s delivery on 31st July 2020. 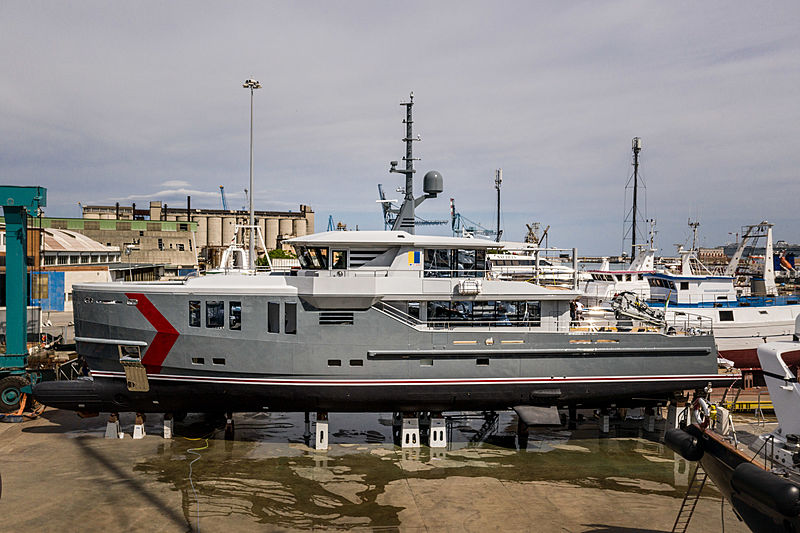 Designed by Andrea Vallicelli and Alessandro Nazareth, K-584 was built for maximum comfort and efficiency to support the owners’ dream of travelling around the world. A special-requested raw hull finish with no fairing layer gives K-584 a durable look whilst retaining a clean and reflective surface. The project’s naval architecture is the work of Yachting Expertise engineer Antonio Longobardi, and K-584 comes with an autonomous range of 4,200 nm at 10 knots and the ability to reach 14 knots at top speed. The overall project management was led by Gianluca Fenucci. 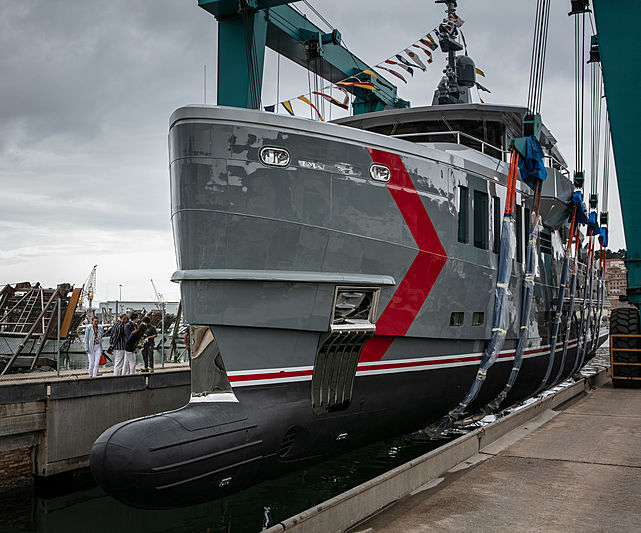 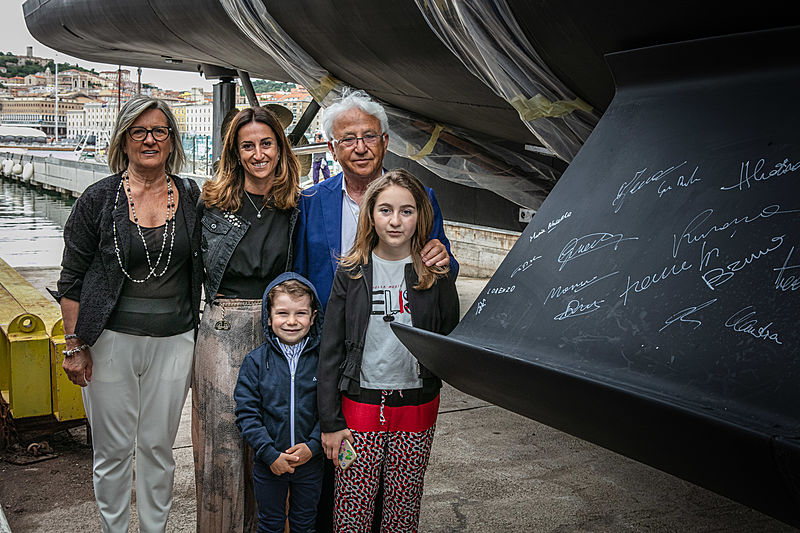 The Belardinelli family, owners of  the CPN Shipyard in Ancona, at the launch of K-584 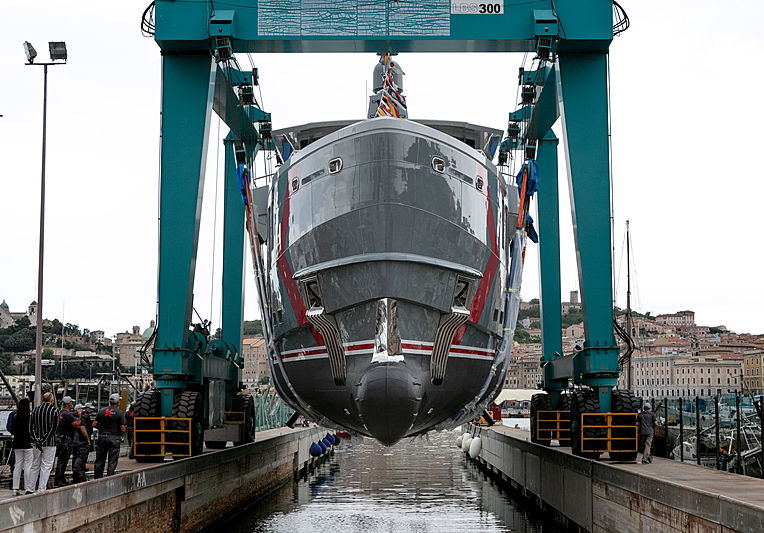 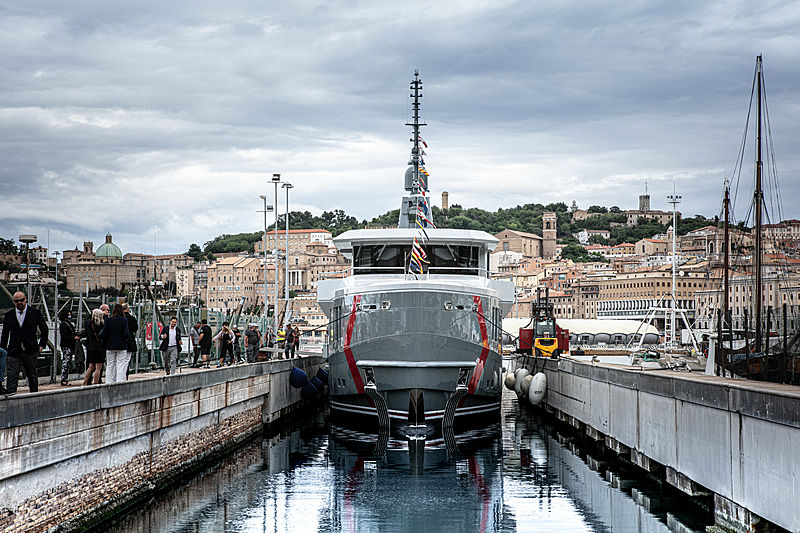 Photo: C.P.N. ShipyardInside, Pierluigi Floris handled the design of all guest areas on board who was supported by Yachting Expertise partner Lorenzo Barbini.