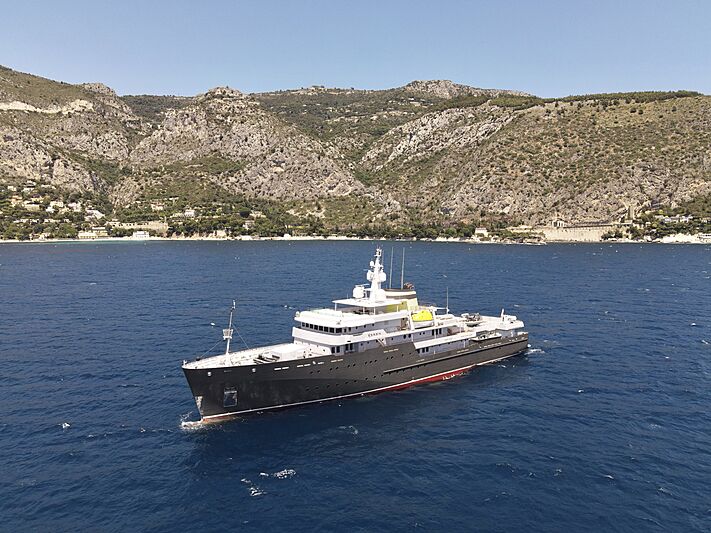 Photo: Léandre Loyseau / SuperYacht TimesPictured here yesterday, anchored in Beaulieu-sur-Mer is the 76.6-metre explorer yacht Yersin. Built by the French shipyard Piriou and officially presented to the world at the Monaco Yacht Show in 2015. Embodied with an appearance inspired by the elegance of the 1950's cruise ships, her timeless exterior was designed by Pierre Jacques Kubis Naval Design. Travel, explore and teach; these were the words used to describe a committed French owner’s dream of building a true deep sea vessel, capable of reaching every ocean in all weather conditions. Yersin’s exterior decks are made of synthetic resin instead of natural teak, discouraging deforestation and eliminating the need for potentially harmful cleaning products. The name Yersin was chosen in honour of the doctor and adventurer who discovered the bacillus responsible for the bubonic plague, Dr Alexandre Yersin.