In a shift which has remained under the radar of many in the industry, there is a country which is becoming an increasingly attractive location for superyacht refits for owners all around the world: Turkey. According to the SuperYacht Times intelligence system, SuperYacht Times iQ, there has been a significant increase in the number of refits carried out in Turkey, with 17 refits taking place in 2017, 29 in 2018 and 32 during the course of 2019 so far. There are many possible contributing explanations for this change, including the increased popularity of the Turkish coastline as a travel destination, the improvement of marina facilities to meet international standards and the foreign currency exchange rate which is maintaining the low cost of refit works in the area. 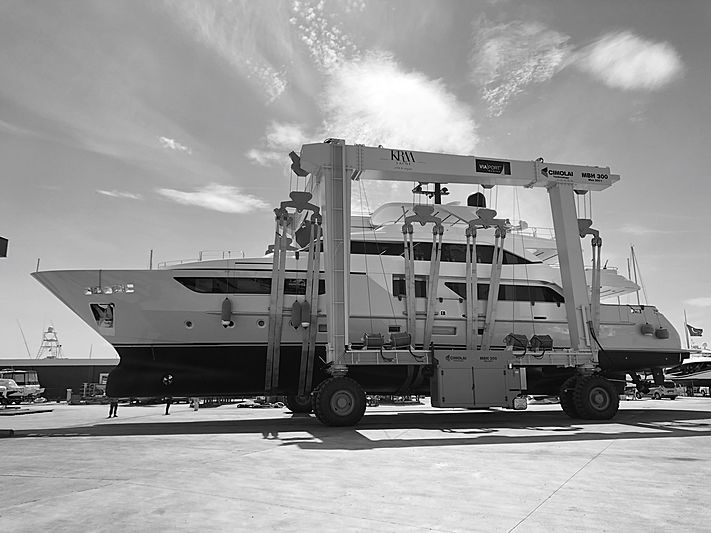 Photo: KRM YachtÖmer Koray, Yard Manager at the Antalya-based Alia Yachts has observed this shift, explaining that, ‘A number of award-winning major superyacht projects in the past ten years has considerably improved the interest in Turkish yacht building industry. Almost all of the major designers and big brokers have increased the frequency of their visits to Turkey in the last few years and I don’ t see a reason why that this trend will decline.” As far as Koray sees it, this is due to the excellent build quality and competitive prices which are now available for refit projects taking place in the country. Jeremy Roche, Sales & Marketing Director from the Istanbul-based Dunya Yachts has also noted this increase, commenting that “I started working for Dunya in September 2018 and I would say the number of enquiries was consistent up until the early spring, since which time we definitely have seen an uptick.” 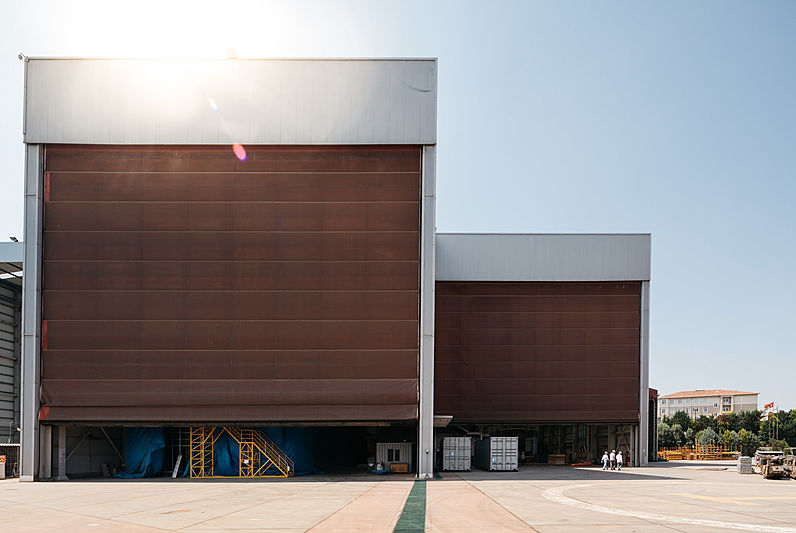 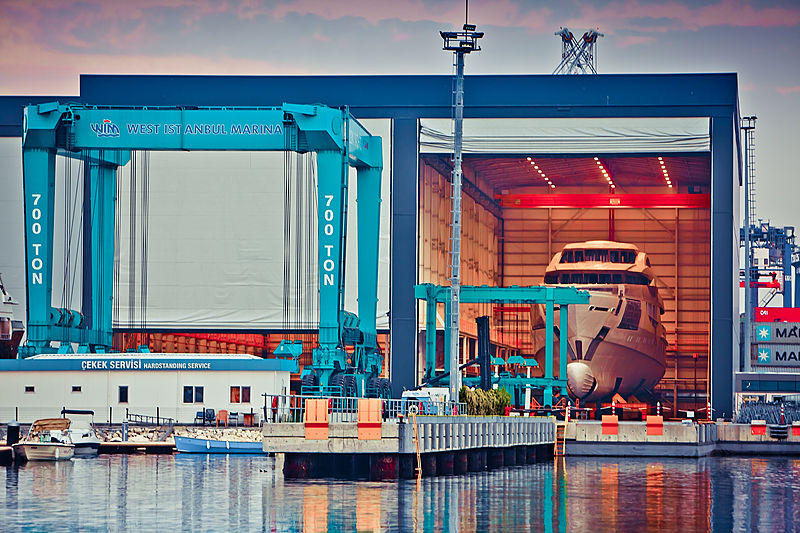 Photo: West Istanbul MarinaFor West Istanbul Marina too, enquiries into refit works have ‘dramatically increased’ over the past 24 months, according to a representative. Investing in equipment renovation, such as in a 700-ton travel lift - enabling the marina to work with superyachts up to 65 metres - has also played an important part, and West Istanbul Marina is now able to carry out refit works for yachts up to 95 metres at its facilities. In addition, thanks to their close collaboration with Turkish yard Bilgin Yachts, West Istanbul Marina can now ‘deal with interior redesign of any complexity’. It is also worth noting that, as a location, Turkey also has its benefits due to it being a geographically conveniently located destination for winter yacht parking and annual maintenance with good sea access to popular yachting routes. 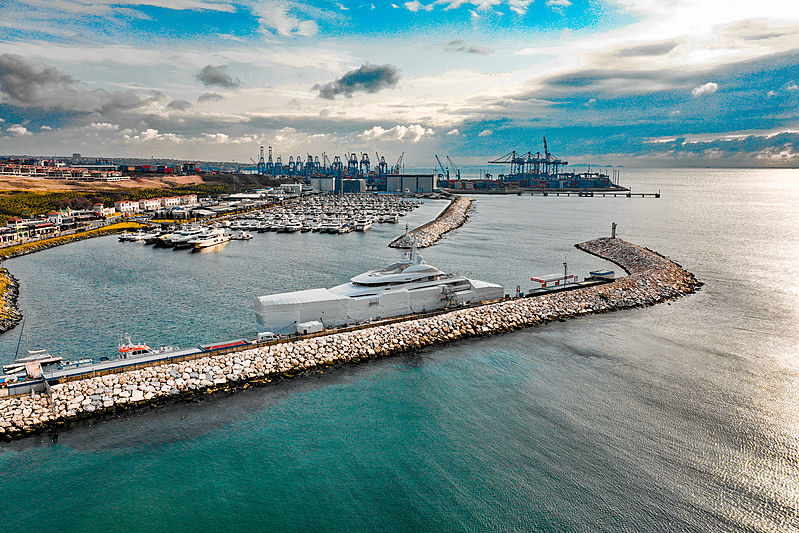 Furthermore, the existence of the Antalya Free Trade Zone also represents another advantage for refit works in the area, particularly due to their investment in a 2,000-tonne ship lift which will be completed in the next 16 months and used by shipyards such as Alia Yachts for both new builds and refit purposes. As Koray explains, there are more than 10 superyacht projects currently under construction in this area, the majority of which “carry the signatures of international designers and engineering companies”, and, it is logical to assume that if more boats are being built and delivered in Turkey, there will inevitably be an increased demand for these same yards to refit and maintain them in the future. Indeed, the ownership and origins of the yachts carrying out these refit works is also a factor worth taking into account.

Following statistics from SuperYacht Times iQ, of the 87 different yachts refitted in Turkey since 1st January 2016, 44, or just over 50% were Turkish owned. In addition, 41 yachts, or just under 50% of these yachts were Turkish-built. Both of these statistics indicate that Turkish-owned or built yachts had by far the largest share of refits in Turkey. 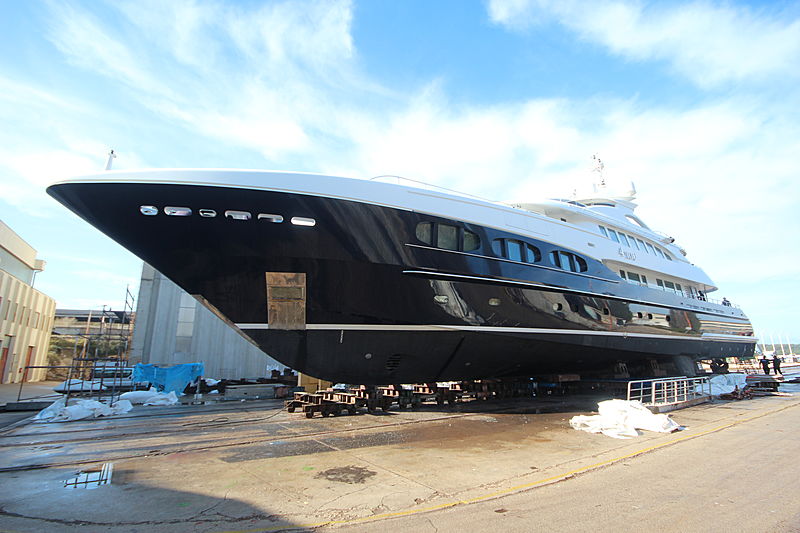 Photo: KRM ShipyardAlthough the Turkish yards are understandably optimistic about their future refit potential, some in the industry continue to express scepticism about the country’s status as an ideal refit location. Nick Hill, Partner at Hill Robinson Yacht Management comments that, “We have had no increase in enquiries for refit works in Turkey on the superyachts we manage. The political status of Turkey still causes client concern and American and European owners remain nervous of Turkey.” Indeed, for Hill, the difference in exchange rates (which can result in the cost of the same service in Turkey and Europe differing by two, or even three times) is not enough to outweigh the potential practical issues, as he explains. “Good exchange rates tend to be compensated for by customs problems as most equipment is imported and paid in euros.” 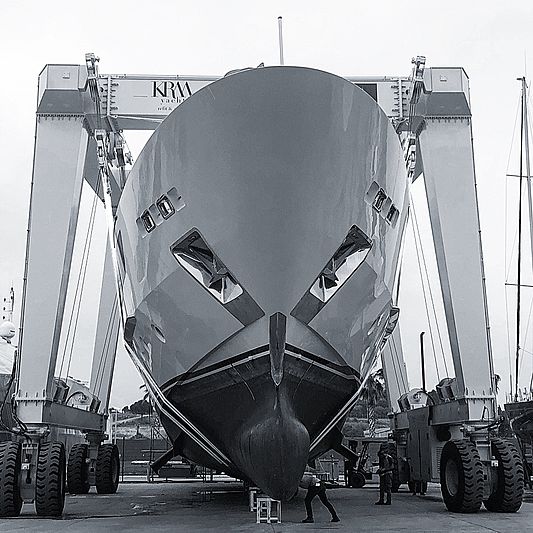 Notably, too, the portrayal of Turkey itself in the wider media also has a vital role to play in creating particular perspectives of stability or instability in the region for owners considering refit works. However, these perceptions are gradually becoming more positive within the yachting industry, with the positive aspects of Turkish shipbuilding increasingly being foregrounded. As Richard Masters, CEO of yacht management company Master Yachts comments: “Turkey is an ideal destination for refit works: it is the most beautiful country, the people are honest and genuine, their history is incredible and they have many skilled craftsmen offering reasonable prices.”

For Jeremy Roche, this is nothing new, as he explains: “The reality is that there is so much experience and knowledge of building and refitting yachts in Turkey which has accumulated over decades. Our facilities at Dunya were modernised to the highest European standards in 2005 and others have since followed suit. There is infrastructure, as well as expertise in the area and experienced yacht owners are now becoming aware of this.” 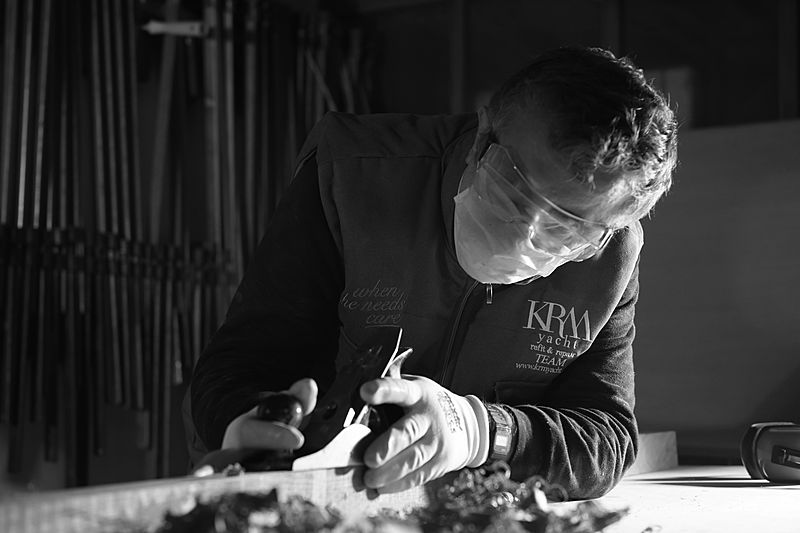 Finally, for Kerem Beşer, Director General of Istanbul-based KRM Yacht Refit and Repair, founded in 2010 and specialising in superyacht refit, the future for superyacht refit in Turkey looks bright. “The main reason why Turkey is getting more refit projects is because of the new generation of company owners. We have a completely different work ethic: we are not just trying to make money but are working all the time to increase the quality of service we provide. I believe that Turkey will become the best refit destination for cost and service quality for superyachts in the next couple of years.”

Insight: When is a refit not a refit?