When it comes to superyacht cruising grounds, sometimes it may be easy to forget that there is a big wide world to discover outside of the hustle and bustle of the main Mediterranean and Caribbean hotspots. With more and more owners and charter clients opting to stray a little further from the beaten track, here we shine a spotlight on some of the more exciting cruising destinations from all four corners of the world, with the help of the experts who have fallen in love with it. In this issue, we speak with Christiana Virgilio, captain of the 52-metre superyacht Big Eagle, who takes us through her ideal week-long itinerary cruising the waters of the Baltic region. 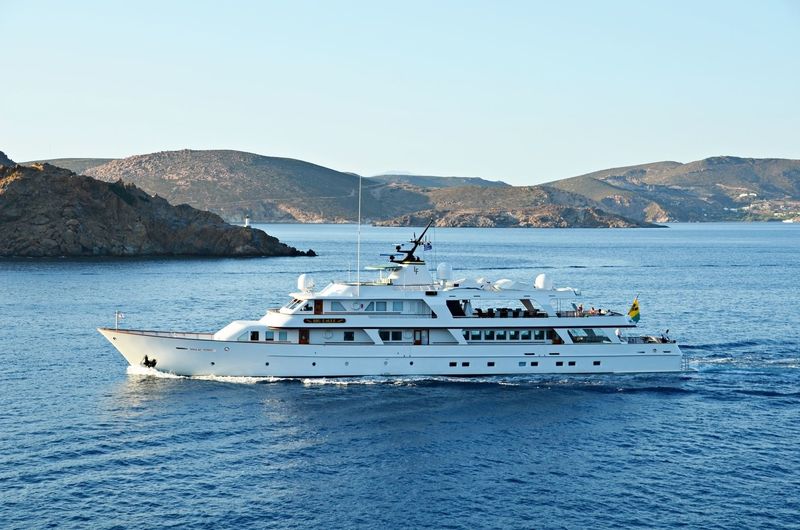 Photo: Benoit DonneTake me to… The Baltics
My name is Cristiana Virgilio, and I’m the captain of the 52-metre motor yacht Big Eagle. I’m originally from San Diego, California, and have always been connected with the ocean, spending a lot of my younger years out on the water sailing! Regardless of the connection with yachting that I’ve always had, it was never the plan to become a superyacht captain. I studied Economics at UCLA and once I had graduated, I decided to take a year off to work on a sailboat in the Caribbean. It’s now 27 years after that ‘gap year’ - but I’ve never looked back!

I’ve been on board the Japanese built Big Eagle for 22 years in total. During this time I’ve been incredibly lucky to have owners that have really had a big desire to cruise in a lot of different destinations all over the world - many off the beaten track. This includes the Baltics, the UK, Turkey, Croatia and all over the Mediterranean, Panama, Costa Rica, Mexico, California, Alaska, a lot of the East Coast of the USA, the incredible Great Lakes, and Nova Scotia. One of my personal favourite spots to cruise was the Great Lakes. It was amazing to cruise in fresh water and see such beautiful places in North America from the water in that way. 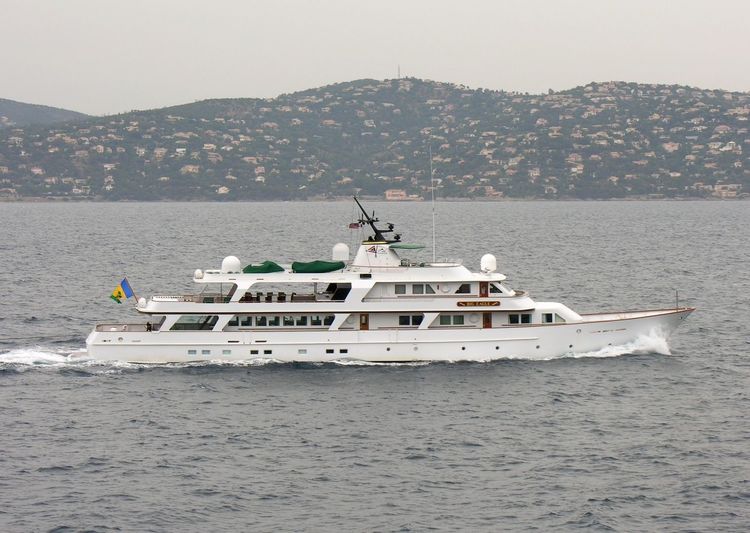 Photo: Benoit DonneThe Baltics is also a pretty incredible place to cruise, and one of my favourite aspects of cruising here is that you can visit and experience so many historic cities in completely different countries. Made all the better by the fact that these are all relatively low mileage cruising distances! Sweden, in particular, stands out for me. It’s such a fantastic country to cruise into, and the numerous islands you weave through on your way are so scenic and mesmerising.

Cruising in the Baltic region is very low key when compared with the hotspots of the Mediterranean. The great thing about that is that the area is not overrun with yachts, and as a result, the prices of services are quite a bit less than their Mediterranean counterparts. I think that cruising in the area will grow in popularity - for me, it’s comparable right now to what the Mediterranean was like 25 years ago. But this all comes down to having owners who are willing to vary from the normal milk run - which I’m very happy to say that we do! 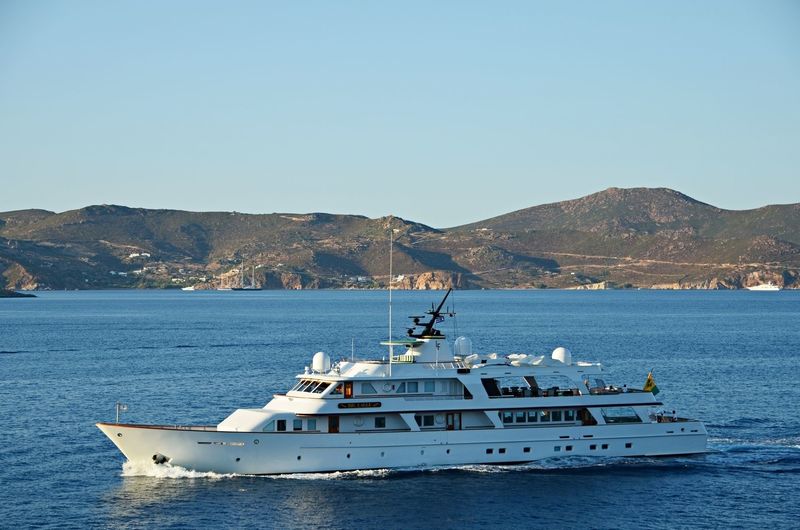 Photo: Benoit DonneTravelling the Baltics is a great chance to see something new. So, without further ado, here’s one of my personal favourite 7-day itineraries for exploring the beautiful Baltics.

Board at Lübeck in Northern Germany at around 12 pm. Lubeck is a 12th-century gem boasting more than 1000 historical buildings. Behind its landmark Holstentor (gate), you’ll find streets lined with medieval merchants’ homes and spired churches forming Lübeck’s ‘crown. Recognised as a Unesco World Heritage Site in 1987, today this thriving provincial city retains many enchanting corners to explore, including a fabulous museum that tells the Lübeck story. After your first dinner on board, we will begin our 130 nm cruise to Copenhagen!

This is the first of two days in the Danish capital. When cities seek enlightenment, they commonly look to Copenhagen. The hometown of architect Jan Gehl – one of the world's leading authorities on sustainable urban planning – the Danish capital regularly tops world livability lists. After all, this is one of the globe's greenest, cleanest, most sustainable urban centres. Get a city tour before heading to Christiania - a totally unique and car-free commune established in 1971. 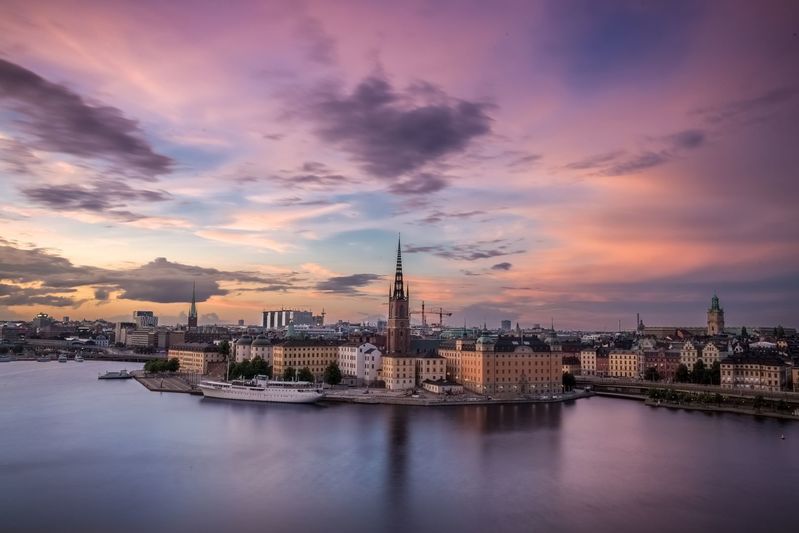 Copenhagen is a city of endless visual pleasure; a place where even the most mundane activities are laced with a sense of quiet wonder and delight. One of the most beautiful places in the city is the Tivoli Gardens. Opened in 1843, Tivoli is one of the world’s oldest amusement parks and hosts fantastic firework displays every Saturday night. Return to the boat for another delicious meal on board.

We will cruise the 86 nm to our next destination through the night, arriving in time for an early breakfast in Rønne on the Danish island of Bornholm. Rønne is Bornholm’s largest settlement and the main harbour for ferries. The town has been the island’s commercial centre since the Middle Ages, and while the place has expanded and taken on a more suburban look over the years, a handful of well-preserved quarters still provides pleasant strolling. Especially appealing is the old neighbourhood west of Store Torv with its handsome period buildings and cobblestone streets, among them Laksegade and Storegade. 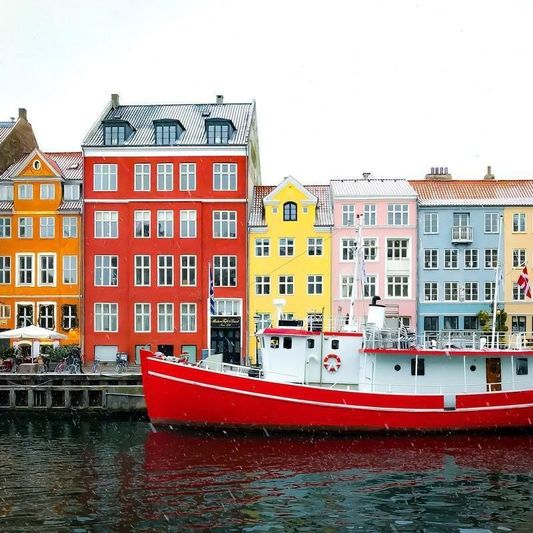 After a 126 nm cruise, wake up at Borgholm, the capital of the Swedish island of Öland. Borgholm has a pleasant centre 'grid' of pedestrian streets lined with shops and restaurants. The most dramatic sight is the enormous ruined castle on its outskirts. A great day of island exploring!

From Borgholm we head to Visby on the Swedish island of Gotland, a 75 nm journey. This is the last step before Stockholm. Gotland's picturesque, medieval capital, Visby, is a delight in every way. The beautiful ruined Gothic churches, the astounding, mostly intact 12th-century ramparts surrounding the Old Town, and the truly magnificent Saint Maria Cathedral are part of the must-see in this city.

On the last day of our Baltic charter adventure, we head to the iconic Swedish capital of Stockholm. It's easy to appreciate the old city's origins as a strategically placed fort designed to control the waterway between Lake Mälaren and the sea: Gamla Stan is surrounded by water and is ideally situated to encourage further explorations. Stockholm’s beauty and fashion sense are legendary. Good design is simply a given – even the humblest coffee shop invests in attractive furniture, strategically placed greenery, sophisticated lighting and richly textured wall coverings. Disembarkation is scheduled around 12. pm the day after your arrival in the city.

Top 5 highlights of cruising in the Baltics 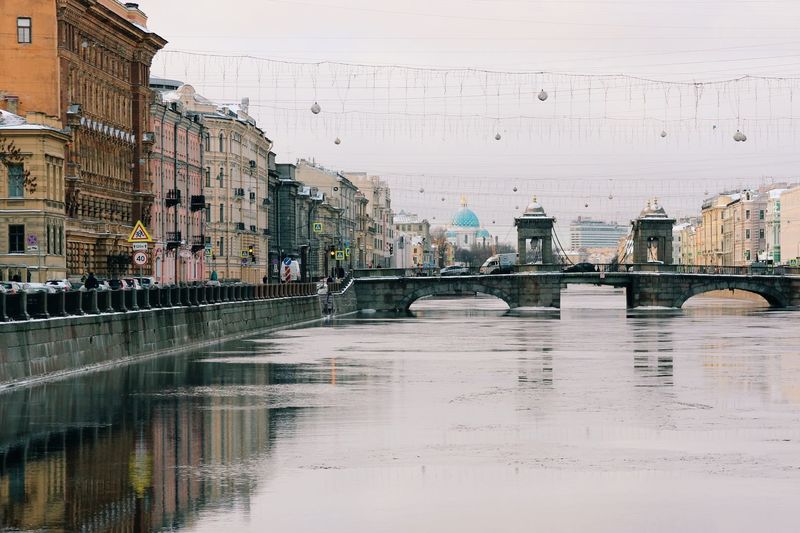 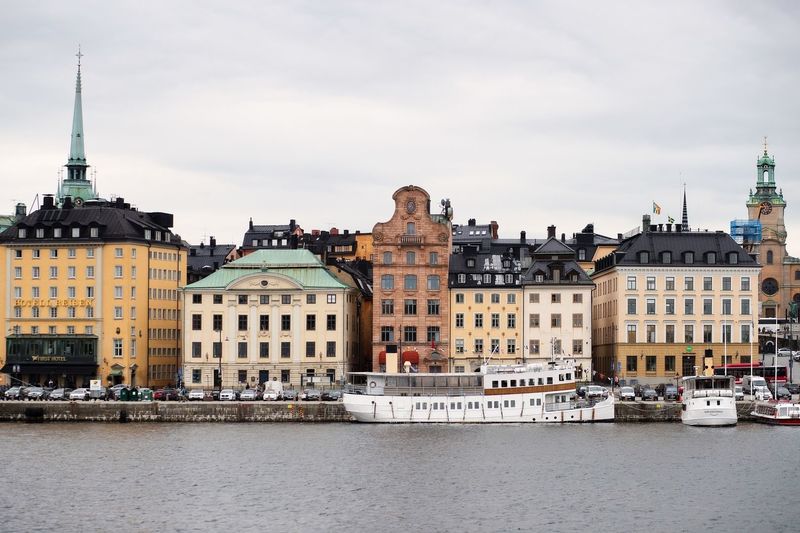 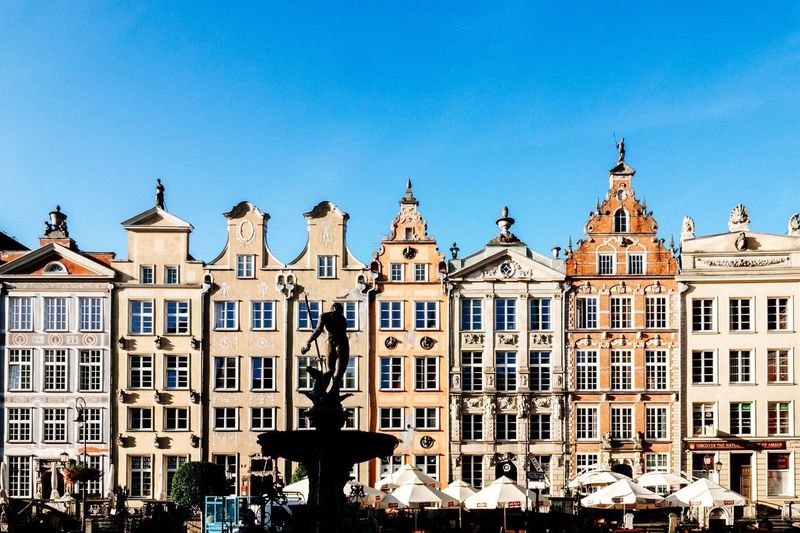 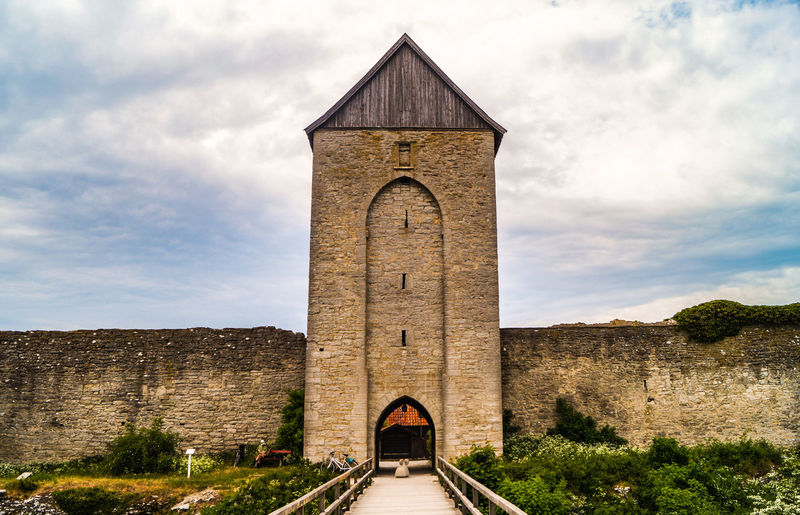 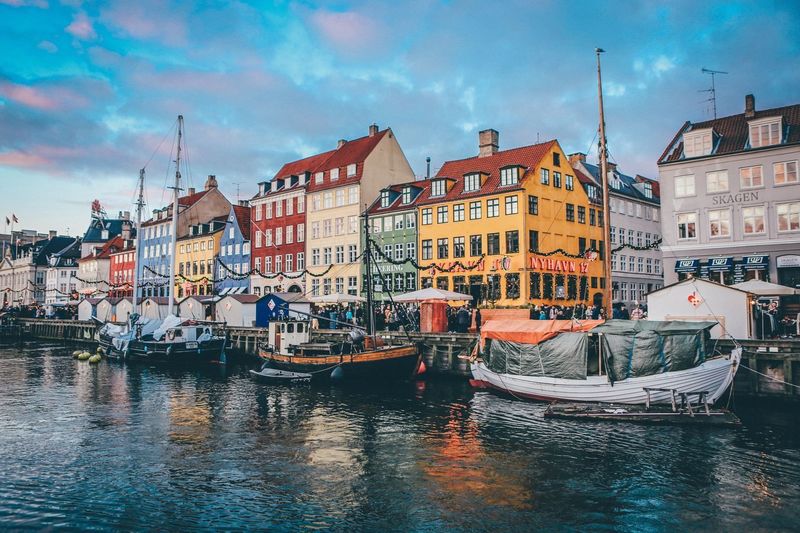 A few things to remember before embarking on your Baltic adventure

Get a local agent

It’s recommended to get a single agent that can handle all your clearances and arrangements in every country. This makes for easy transitions between ports, and you can also receive all of your invoices in US dollars if that’s more convenient! 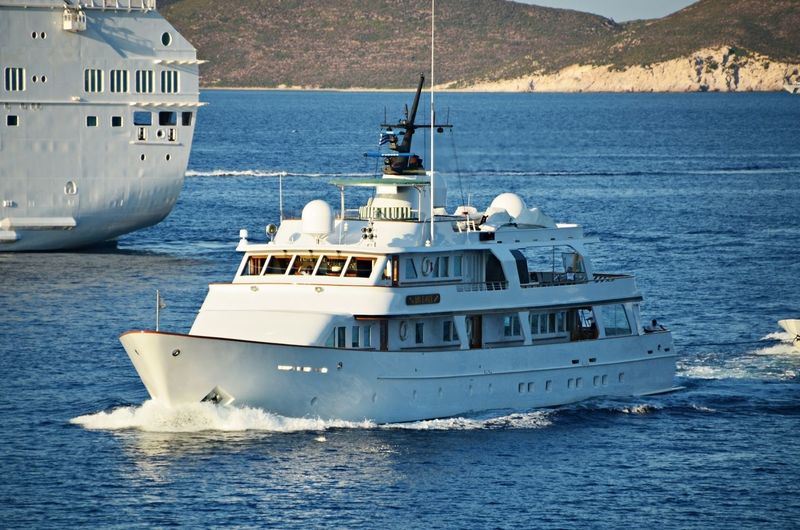 The Baltic region is rich in choice of destination, and it can be easy to feel as though you may be missing out on a whistle-stop tour of, well, everywhere! Pick three or four destinations for a week-long charter and do them properly.

Even in summer… it’s not that warm

The Baltics are not known for their outstanding summer weather… outstanding sights, yes, but weather, not so much. The great thing in the summer is that the sun almost never goes down. Welcome to the land of the midnight sun, and pack appropriately!

Big Eagle is represented for charter by Fraser. Head to www.fraseryachts.com to find out more about your next superyacht adventure, or contact [email protected] directly.

Exploring Greece on board superyacht Tacos of the Seas

Exploring American Design in the latest issue of the SuperYacht Times