The British-built explorer superyacht Bleu de Nimes dropped off the radar in 2016 as she underwent a secretive rebuild project in Genoa. Four years later, she has reemerged with a fresh exterior and major cosmetic changes. Our friends at Liguria Nautica was on the scene in Genoa to see the yacht return to port from a recent sea trial. 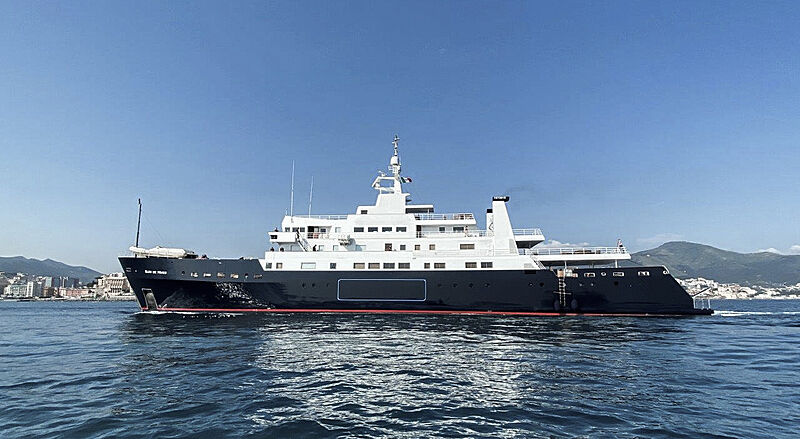 Life for Bleu de Nimes began in 1980 where she was completed as a 50-metre degaussing tender, Lodestone (pennant number A115), built for the Royal Marine Auxiliary Services at Clelands Shipbuilders. She was decommissioned and sold to a private owner in 1996. The vessel was subsequently renamed Bleu de Nimes and after an 8-metre extension in Turkey, set off on a global voyage that saw the converted yacht reach all four corners of the earth from the Pacific and the Mediterranean to the Americas and beyond. 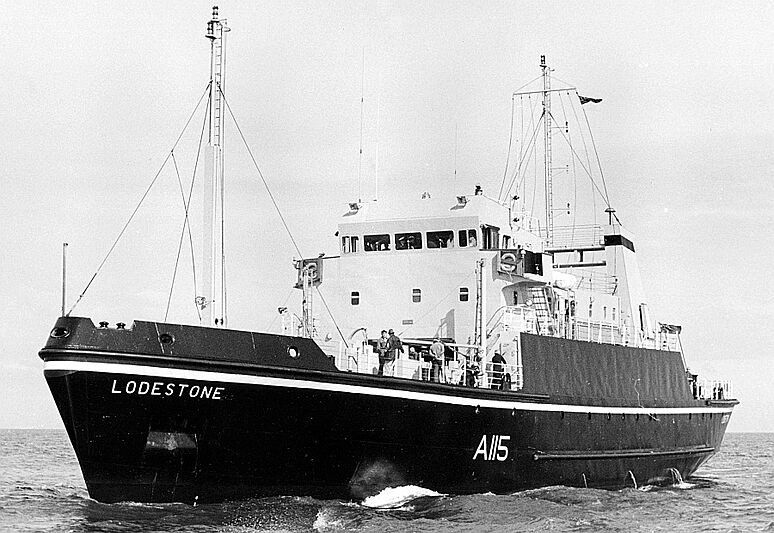 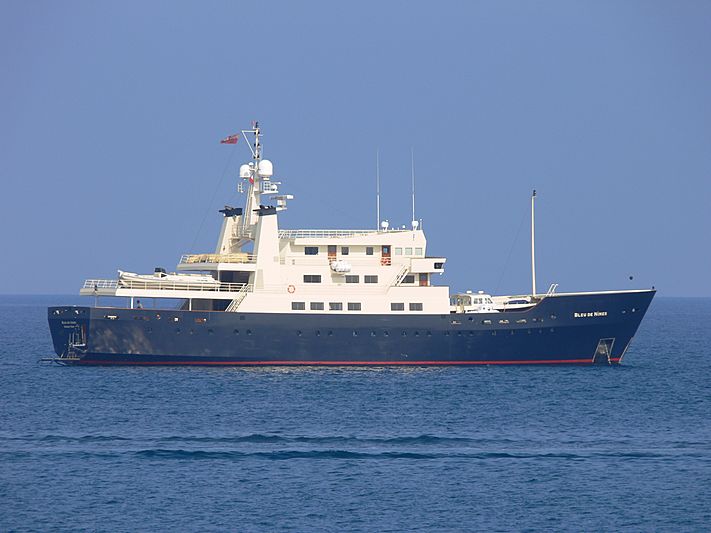 Years later, in 2014, the yacht’s owner approached Studio Nattero in Genoa to oversee Bleu de Nime’s most ambitious transformation yet. It was decided that the yacht’s accommodation capabilities would be extended from nine cabins to 13, more than doubling the number of guests that can stay on board to a total of 28. In addition, a new garage would house two of the yacht’s tenders which were only stowed on the open foredeck before.

In 2016, Bleu de Nimes was hauled out in Genoa where she remained for the next four years. The vessel was subsequently cut in half and an entire new amidships section was built and added along with a new transom segment for a total of 17 metres of new ship. 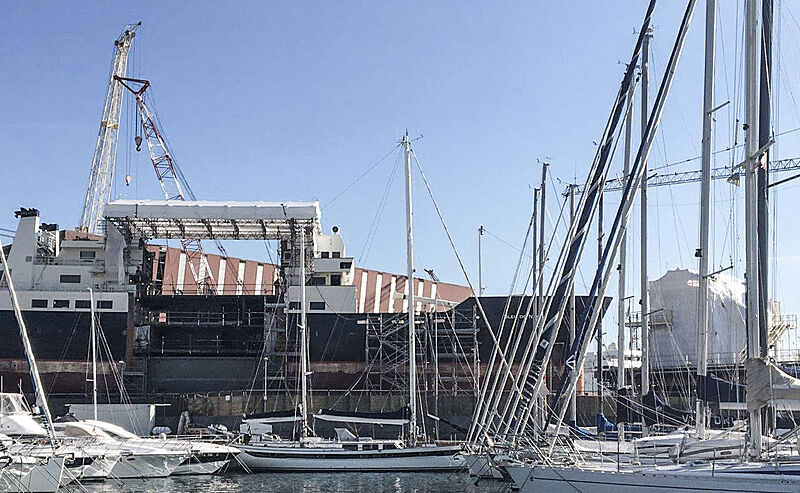 Studio Nattero managed to retain the explorer yacht’s classic lines and characteristic ocean liner style despite the complex new lengthening. Communication systems have now been moved to a central mast structure while the two recognisable stacks remain intact. Pier Vittorio Cerruti, the same architect who was behind Bleu de Nimes’ first interior conversion in Turkey, was once again drafted to oversee the continuation of the yacht’s elegant interior into the newly-added spaces. 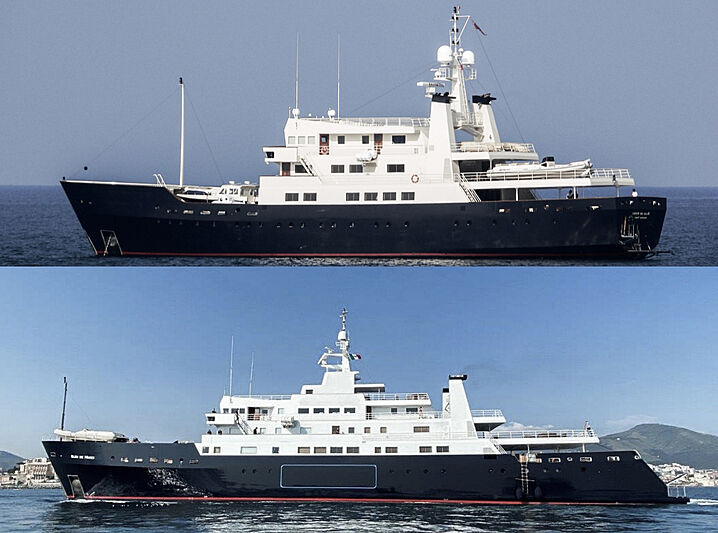 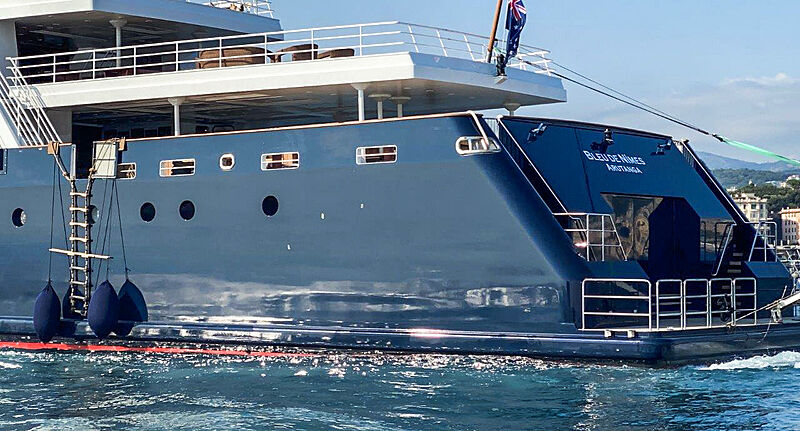 Out of sight are the hydrodynamic improvements that were made beneath the waterline during the rebuild project. A new forward fin keel not only adds to yacht’s overall speed and efficiency but has also resulted in a more comfortable ride at sea. 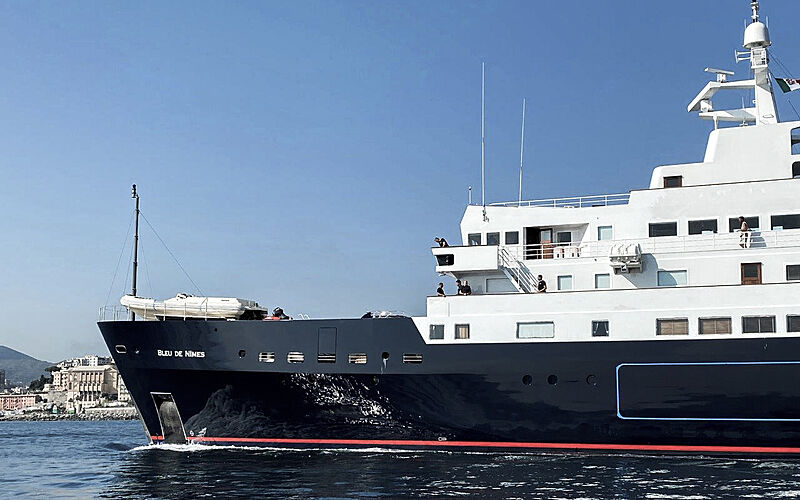 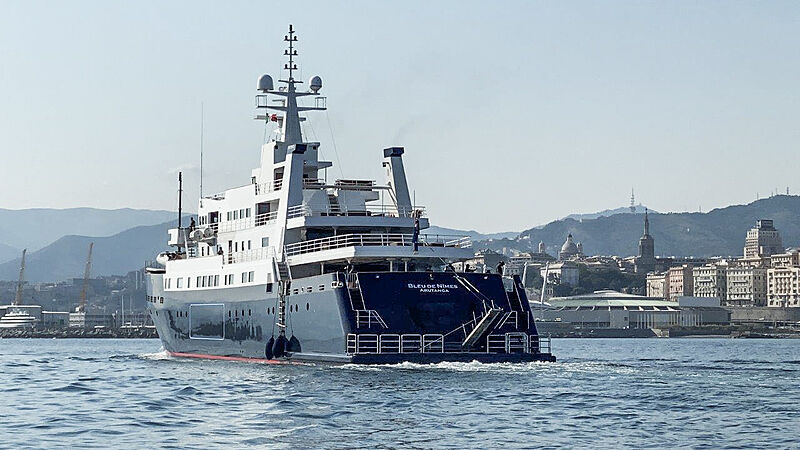 With her new look and extended capabilities, the now 72.1-metre-long Bleu de Nimes is destined to once again join the charter market upon delivery to her owner.

A legend reborn: The incredible transformation of Falcon Lair