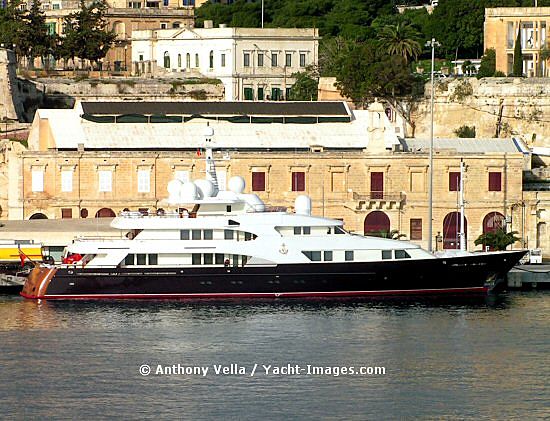 In September 2007, just before the Monaco Yacht Show, Ocean Independence announced the signing of the very private Sarafsa for sale. A few weeks ago she was sold and renamed Faribana V. Her new owner is upgrading from his 41m Feadship Faribana, which is for sale through Burgess. The 54.5m Faribana V was built by Amels in 1998 to a design of Andrew Winch. Here she is pictured in Valletta, Malta on January 10, 2008 while refueling.