For a few days each year in May, landlocked Milan becomes a superyacht showroom. Via Montenapoleone is in the heart of the city’s fashion district where all the top designer brands have their high-end boutiques. During Montenapoleone Yacht Club, the street is lined with a photographic exhibition and yacht builders such as Baglietto, Perini Navi, Riva, Monte Carlo Yachts, Benetti, Viareggio Superyachts and Fincantieri, pair up with fashionable stores from Acqua di Parma to Vhernier. 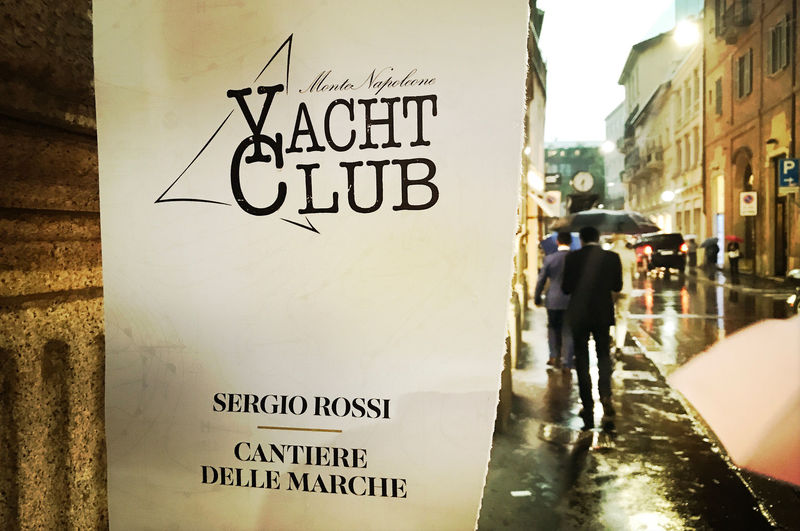 Photo: Justin RatcliffeNow in its 4th edition, the event is not just about high fashion, champagne and hors d'oeuvres. It is also part of a wider branding campaign to promote yachting to a wider audience in Italy’s wealthiest city and Arcadia Yachts embraced the occasion to present the latest addition to its fleet: the Sherpa XL. 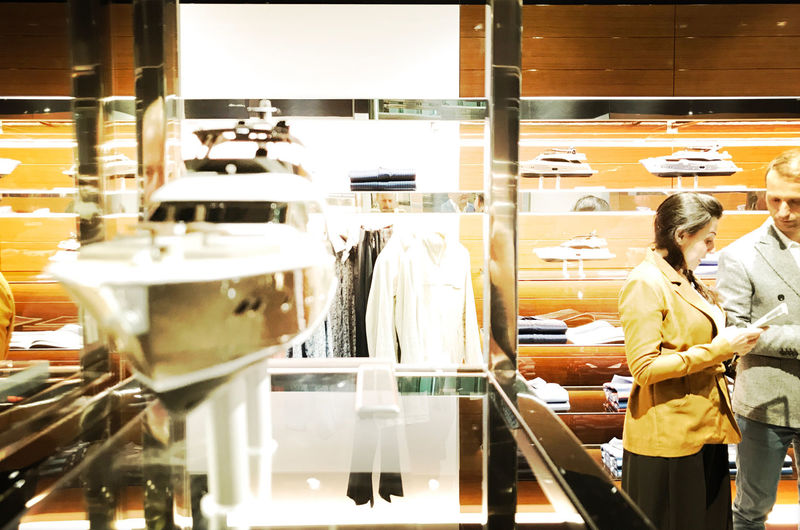 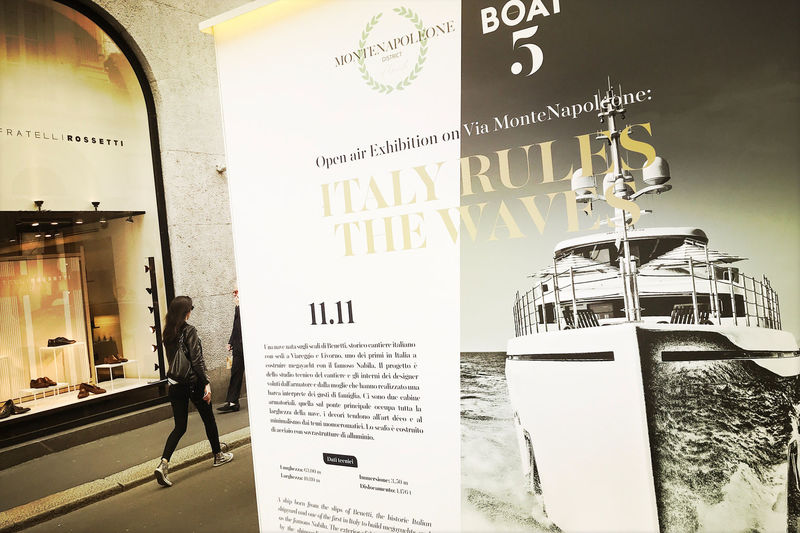 Photo: Justin RatcliffeFollowing the introduction of its entry-level 60-foot Sherpa in 2016, the Neapolitan builder has taken the pocket-superyacht concept and stepped it up a notch. At nearly 24-metres overall with a beam of 6.93-metres, Arcadia claims that the Sherpa XL offers over 20% more interior and exterior space than other yachts in its class.

“The Sherpa XL retains all of our fundamental brand values: comfort, performance, agile handling, eco-friendly technology and customisation options in terms of layout and decor,” says Ugo Pellegrino, director of Arcadia Yachts. “In fact, the new model offers the same features and amenities of a much larger yacht in a more compact and efficient package. 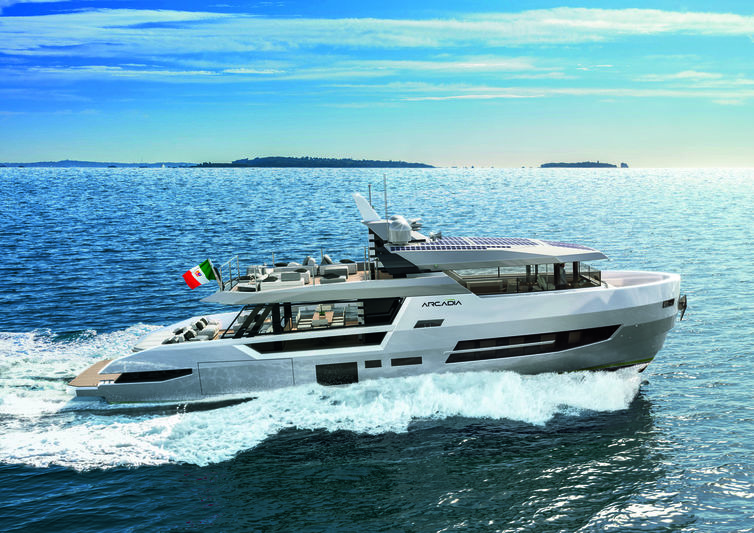 Photo: Arcadia YachtsThe exterior styling, interior design and smart layout of the Sherpa XL were developed by Milan-based Hot Lab to retain Arcadia’s distinctive design DNA. Alfresco living is a distinguishing feature of the brand and in addition to the spacious aft cockpit the sundeck extends this open-air philosophy further: unlike traditional fly deck arrangements with an exterior helm station, it is dedicated entirely to guest use with bar and pantry facilities. 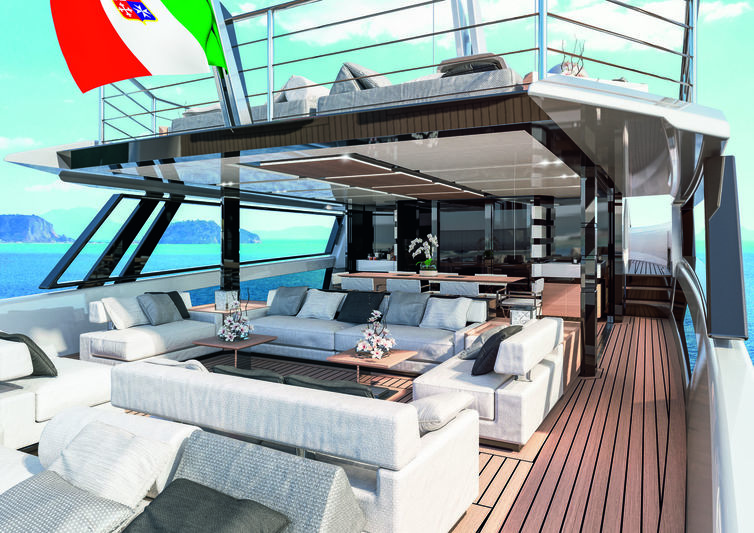 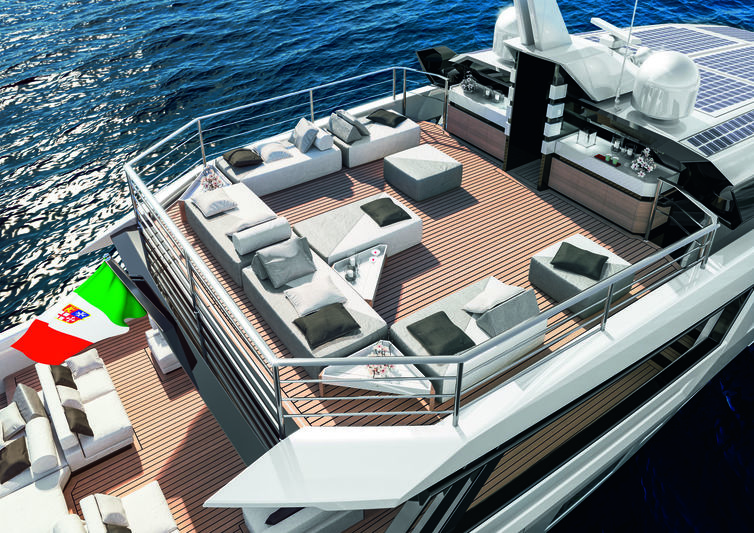 Photo: Arcadia YachtsArcadia has continued the ‘big boat’ mentality with a side-loading tender garage. The advantage here is that when the yacht arrives at a favourite anchorage, owners and guests can make full use of the swim platform undisturbed by the crew as they prepare the tender for launch.

The exterior styling, interior design and smart layout of the Sherpa XL have been developed by the Milan-based Hotlab studio to retain the brand’s distinctive design DNA. Different owners have different needs, so the new model is available in a 4-cabin or 3-cabin version. In the 4-cabin layout, the galley is located in the sky lounge on the bridge deck, whereas in the 3-cabin version it is on the lower deck. Despite the yacht’s compact dimensions, the layout provides for discreet but efficient service by separating crew access from the guest areas. 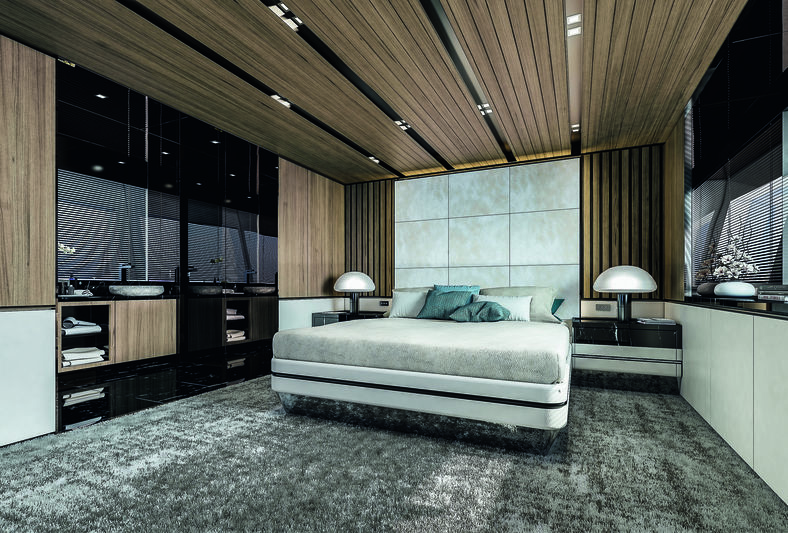 Photo: Arcadia YachtsThe semi-planing hull and propulsion package was developed in collaboration with Volvo Penta. Powered by twin Volvo Penta IPS 1050 main engines, the yacht can reach a top speed in excess of 22 knots – considerably quicker than the 17 knots of the Arcadia 85, the next model up the size ladder, which is likely to appeal to younger owners entering the market. Fitted with low-consumption appliances and LEDs throughout, the Sherpa XL features Arcadia’s trademark solar panels that provide up to 2kW of clean electricity (sufficient to power all the hotel services except the air conditioning).

During the presentation, there was a discussion concerning the striking similarities between the Sherpa XL and the new ISA Extra 76 designed by Francesco Guida (formerly the chief designer for Arcadia Yachts) that debuted at the Versilia Yachting Rendez Vous. In particular, the two yachts have similar exterior styling and both make use of solar panels for auxiliary power. 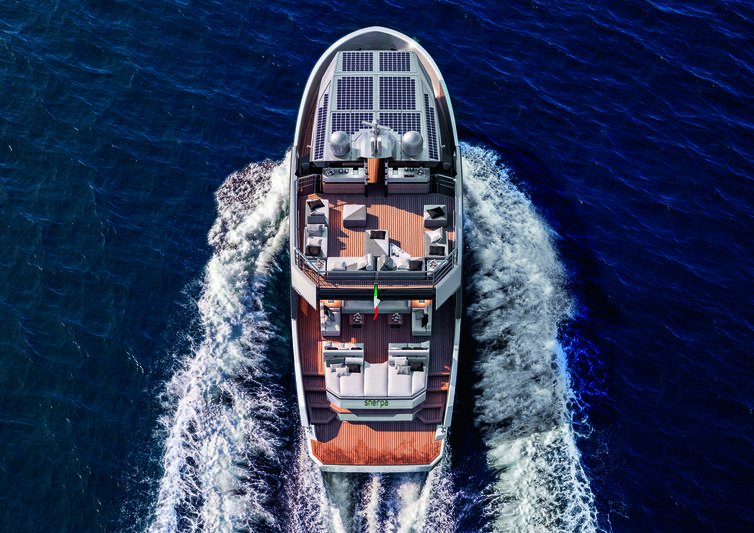 Photo: Arcadia Yachts“To some extent, all yachts are inspired by others and we expected a reaction from other boat builders to the ground-breaking ideas we introduced in 2010,” said Maurizio Baldoni, Arcadia’s chief strategy officer. “Today, those radical concepts have become more mainstream and we are seeing a new generation of yachts based on similar principles. Normally they are developed or differentiated in some way. We leave it up to the market to judge.”

The first Sherpa XL will be built on spec and make her debut at the 2019 Cannes Yachting Rendezvous.