Listed for sale with Burgess and Yachtzoo, the 43.15 metre superyacht Branzino (ex: My Gail II; Khalifah; Ramses) has been sold. Completed in 1981, she features an exterior design by the iconic late designer Jon Bannenberg, with H2 Yacht Design undertaking her interior. SYT spoke with Nathan Farrelly of Edmiston to find out why Branzino sold after such a short period of time on the market. 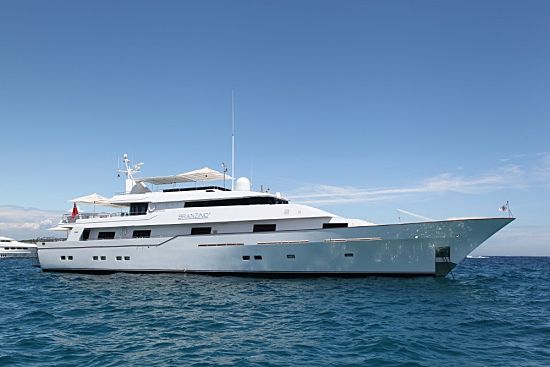 Farrelly attributes the quick sale to an appealling price tag as well as the unmistakable heritage of the yacht, "Branzino was priced well, and her recent refit (2014) and Feadship pedigree made her an obvious choice for the client."

On board she accommodates up to 14 guests in total, consisting of the main deck owner’s suite, a VIP suite located on the bridge deck, as well as two double and two twin cabins - fitted with pullman berths - located on the lower deck. A crew of nine is also accommodated for.

Edmiston introduced the buyer in the deal and at the time of sale, she was listed at an asking price of €3,800,000. According to Farrelly she will be renamed in the near future, with the new owner planning to spend winter in the shipyard with substantial works to be carried out. She will subsequently be privately operated in the Mediterranean.