Following our exclusive coverage of the launch of the Feadship superyacht Moon Sand on the 7th April from De Vries Scheepsbouw in Makkum, the Dutch shipyard has released further information about the 44.20 metre hull #690. The custom Feadship’s owner’s liased with De Voogt Design extremely closely throughout the design and construction of the new vessel, collaborating with Bannenberg & Rowell for her interior design. 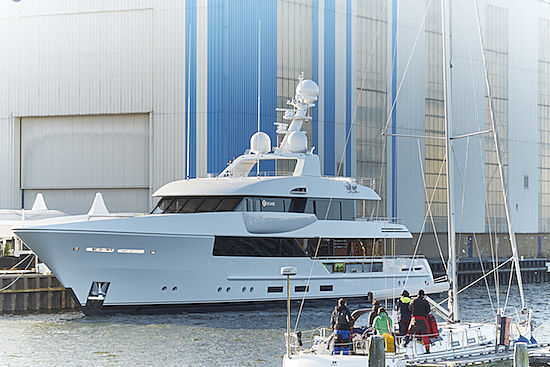 The design brief detailed the importance of three key elements; light, space and freedom of choice in regards to recreation. To achieve this, large windows are found in the bridge deck lounge, main lounge, dining area, study/lobby and forward owner’s stateroom, all of which offer superlative views. These are magnified further on the main deck by having a large section of clear glass inset into the bulwark amidships. Furthermore, the aft bulwark is kept as low as possible. 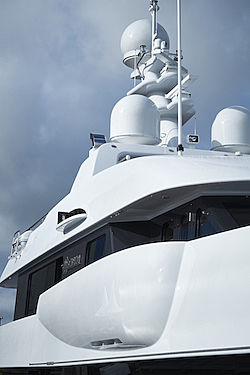 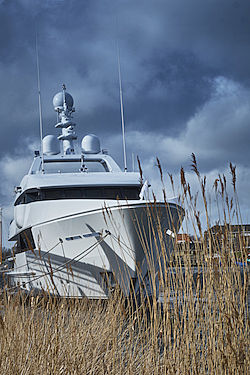 Signature wing stations on either side of Moon Sand add character to the overall exterior profile. In design terms they form a ‘step’ in the bulwarks, before running smoothly forward to blend into the lines of the yacht. 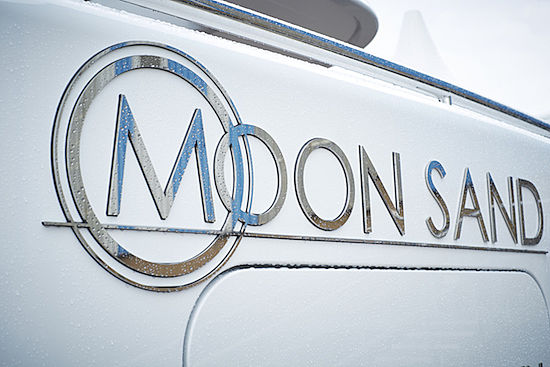 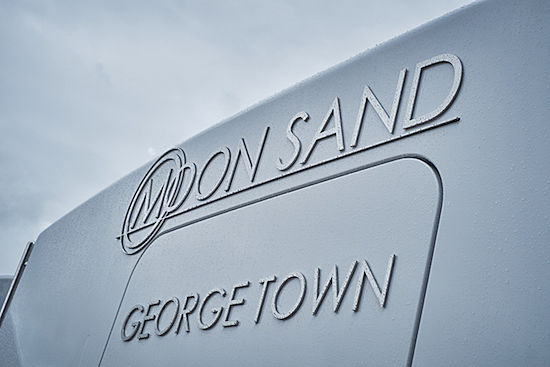 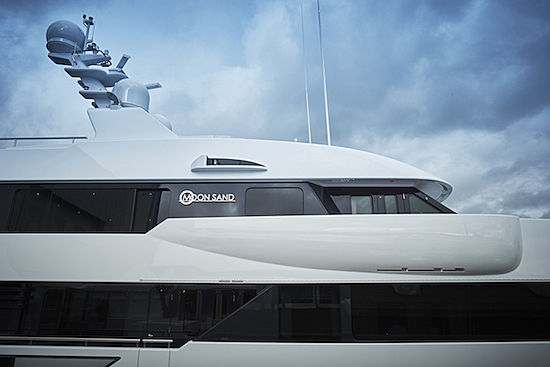 Moon Sand boasts large aft deck areas and ample loose seating on both the main and bridge decks. On the latter, the stairs have been moved as far to starboard as possible in order to maximise space. Matters of space are also the motivation behind the tender being located on the sundeck rather than housed in its own garage. This arrangement opens up room for a swimming pool on the main deck aft, which features an ingenious lifting floor system whereby a section of the deck lowers down to provide the pool depth required. 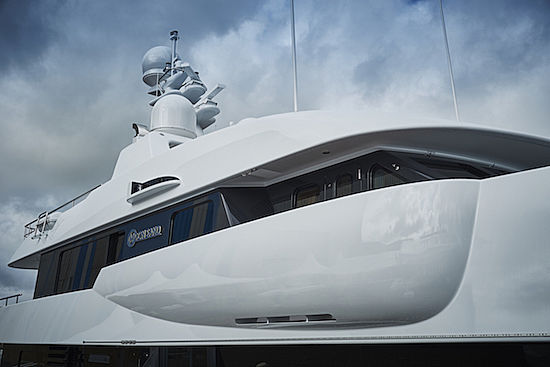 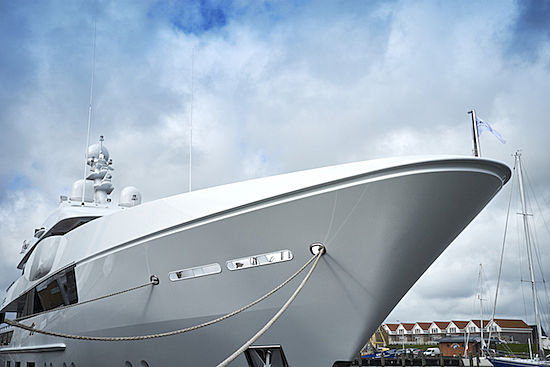 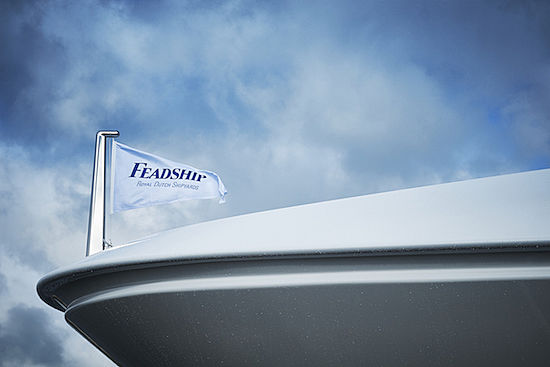 Up to ten guests are accommodated on board in total, and the owners’ quarters features a study and a large stateroom with two bathrooms and two walk-in dressing rooms. Six guests can be accommodated in three guest suites, with two of those suites offering the possibility to be converted into a single stateroom with a separate seating area, complementing the large full beam VIP stateroom forward. 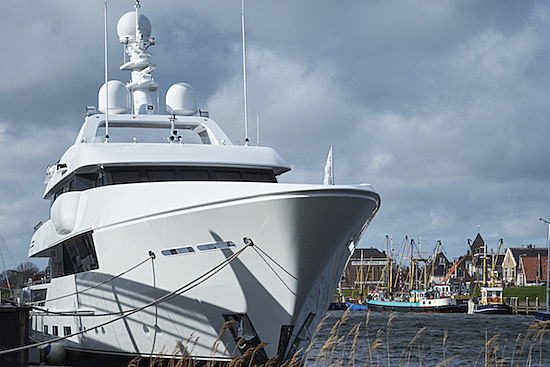 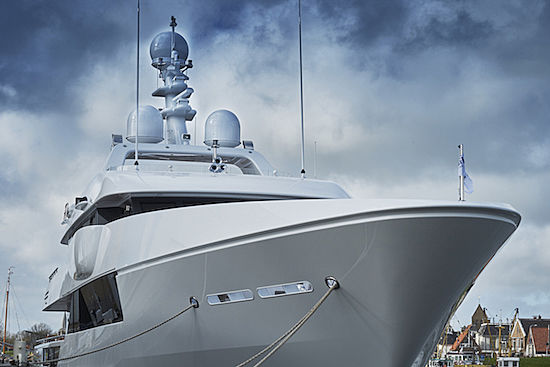 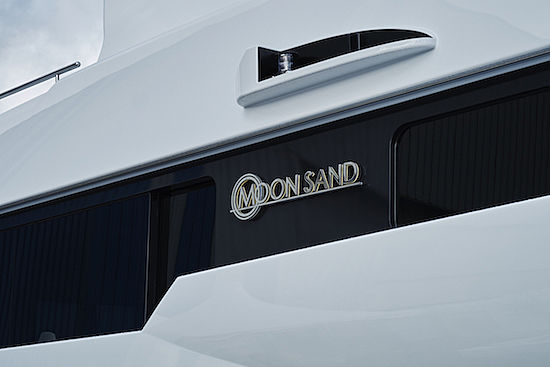 Amongst her wide range of water toys on board is a main tender of 6.2 metres, a rescue tender, jet bike, paddle boards, kayaks and a dive compressor. 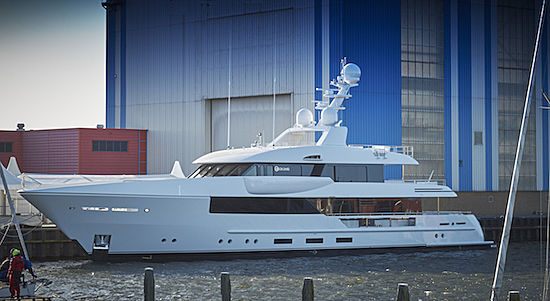 Feadship Sales Director Bas Nederpelt comments on the launch, stating, “Over the past months we have completed an exceptional number of Feadships, ranging in size from 44 to over 100 metres. We have also had the pleasure to work with some marvellous exterior designers, such as Ed Dubois, Tim Heywood and Andrew Winch. Moon Sand is a testimony to the design excellence we at Feadship can offer clients ourselves. Her sleek look reflects the fact that her senior designer Tanno Weeda and his team at Feadship have worked tirelessly to create a unified design. And they have certainly succeeded.” 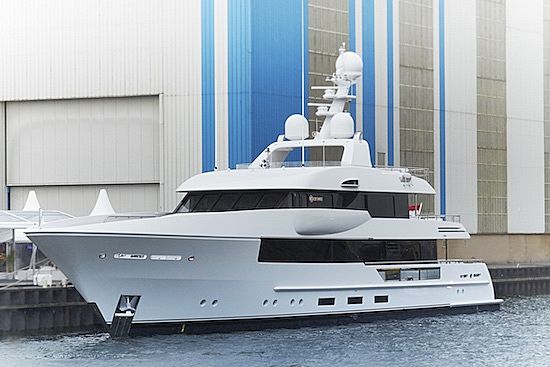 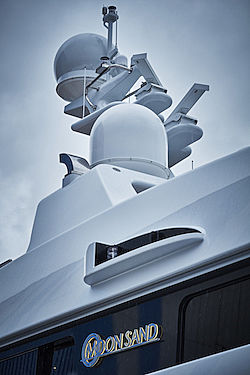 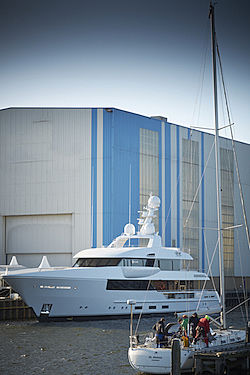 Owner’s representative James Hutchinson agreed with these sentiments. He says, "Even the smallest details are important to Moon Sand’s owners and I am proud to have been a part of this project. Working with Feadship makes everything achievable as they know that the key to a truly magnificent yacht is not just what you see, but also the meticulous attention to detail that you don’t. Moon Sand is the result of a collective passion from the owners, designer and shipyard to deliver a truly exceptional yacht and – as one of the most specified ever in her class – she is precisely that.”