Last week the 67m Feadship De Vries Anna was completed and delivered to her owner. Anna was launched from the De Vries Aalsmeer shipyard in January, but was not yet completed. Because of her size she had to be transported to their Makkum facility for completion. At the beginning of April she was completed in Makkum and she sailed to Amsterdam to undergo sea trials.

Both the interior and exterior of Anna were designed by the UK based designer Micheal Leach. Anna is powered by twin Caterpillar 3516B diesels which give her a maximum speed of 17 knots, cruising speed of 14.5 knots and she has a range of 6000 nm.

It’s still unknown where Anna will be heading to, but a few days ago she was seen in Portsmouth, UK. The following photos were made by Fred Vlo who saw Anna on Saturday 12th of May off the Maasvlakte. 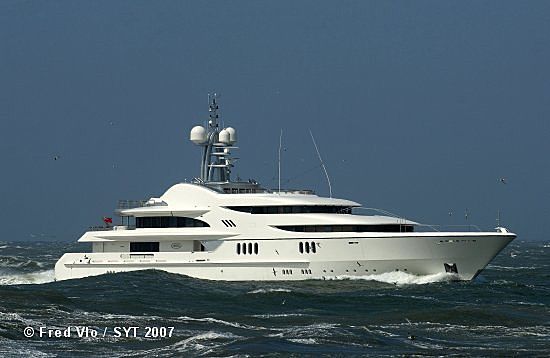 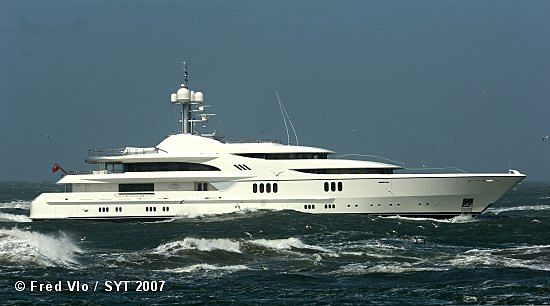 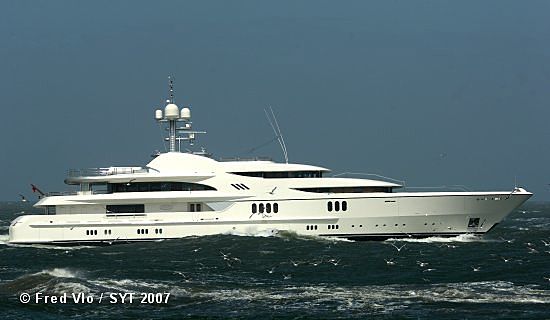 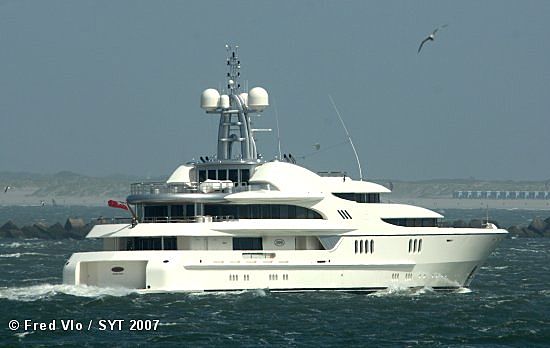