Earlier this week I visited the Feadship Royal Van Lent shipyard on Kaag Island, the Netherlands, as part of the Holland Yachting Group Press Tour 2015. 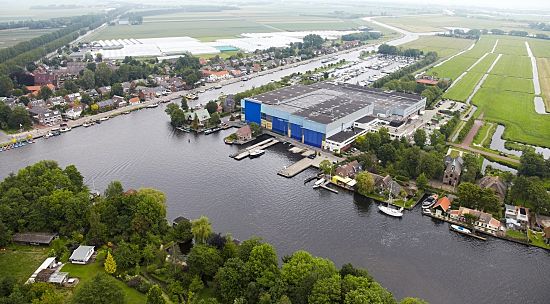 Although some of Feadship's current projects are being kept under wraps, we have been allowed to unveil more information on several of the projects currently underway at the three shipyards that make up Feadship.

Feadship makes the distinction between projects that are physically in build at the yard, and projects that have been signed, but that are still in the pre-construction phase. In total however, Feadship has signed contracts for 9 projects under 70 metres, 2 projects between 70 and 90 metrs, and 4 projects above 90 metres.

Currently already physically under construction at the three yards are: 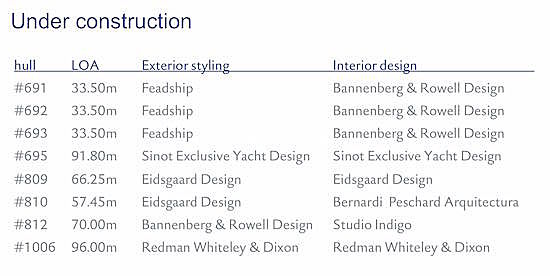 When asked where clients come from at Feadship, Farouk Nefzi, Feadship's Marketing Director explained that the US is still the most important market. He commented: "Yes, the US is still the biggest market for us, together with Europe. Asia is becoming more interesting for us as well, and we are actually building several yachts for clients from the Asian region. Russia is still interesting. Feadship has not suffered from the sanctions against Russia".

Nefzi also explained that interest from the Middle East in picking up. "They are becoming more aware of the element of innovation, quality and complexity, and not only in terms of length".

Continuing on the subject of length, Nefzi says: "The length discussion is overhyped. Its too simple to just focus on length. It’s like saying a Hummer is more interesting than an Aston Martin because it’s bigger. At Feadship, we rather talk about innovation and quality.” 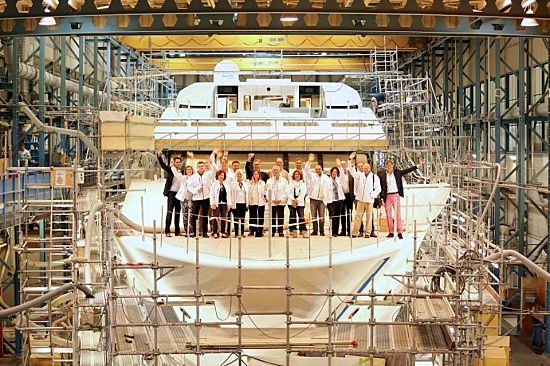 During our visit, we were able to take a tour of the 66 metre project 809, which features an interior design by Eidsgaard Design. She accommodates twelve guests over 6 luxurious cabins, including four guest suites and a VIP large stateroom which can also be converted into two guest suites on the main deck. 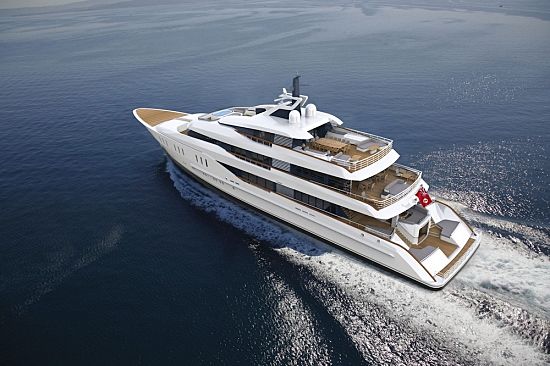 The Owner’s suite comes complete with his & hers bathroom facilities, as well as facilities that provide the ultimate exclusivity. This consists of a full Owner’s deck covering the full beam of the yacht and an extendable balcony and lounge area that can be closed off with sliding doors to create a separate room.

Her many amenities include a hull wellness area on the lower deck, which offers a sauna, gym and massage room.

We were also given a tour of project 812, the 70 metre yacht designed by Bannenberg & Rowell. Even though we cannot reveal too much about this yacht yet, we can say that she has an innovative layout, and a relatively low gross tonnage for her size.