Christened on Saturday March 1st, Archimedes made a short and shy debut on March 4th, when the Royal Van Lent shipyard installed her launching cranes. Today, Royal Van Lent added her mast, and relaunched Archimedes, and this time, she is here to stay. 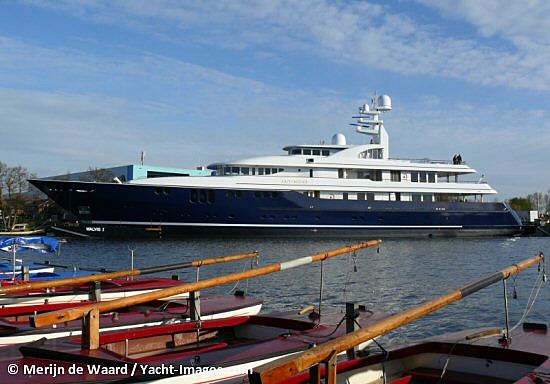 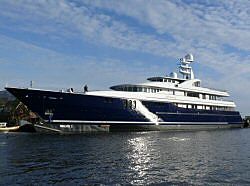 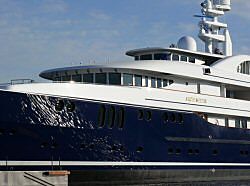 The classic styled Archimedes, (named after Archimedes of Syracuse, a Greek mathematician, physicist, engineer, inventor, and astronomer) is a 67.75 meter yacht with stylish interior and exterior design by John Munford and naval architecture by De Voogt Naval Architects. 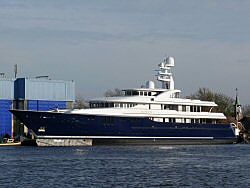 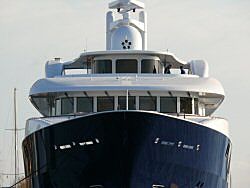 Archimedes is a high volume yacht, with 12.3m beam, powered by twin Caterpillar 3516B DI-TA diesels with a total power of 4.000 hp and built in accordance with Lloyds Register. The yacht will be transported to Rotterdam from where she will start sea trials soon. 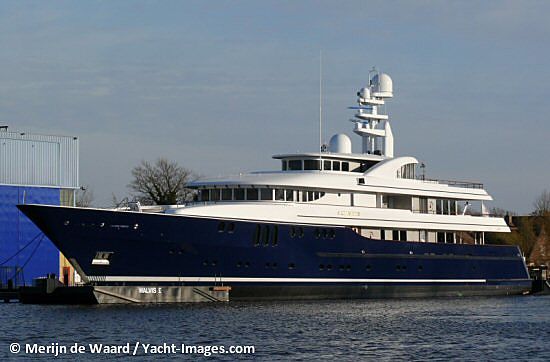 Royal van Lent is set to launch two more yachts in 2008; hull 799, the third in the F45 series, and hull 800, a 65m. Meanwhile, the other Feadship yard a keeping busy as well. Royal De Vries is busy completing the first SL39 series (hull 675), which will launch soon, and work is in progress on the second SL39 (hull 676), which will have a more modern styling compared to the first SL, and will have an interior design by Bannenberg Designs. Last but not least, in 2008 the Royal De Vries Makkum yard will launch its first new build, the 75.75m hull 1001.