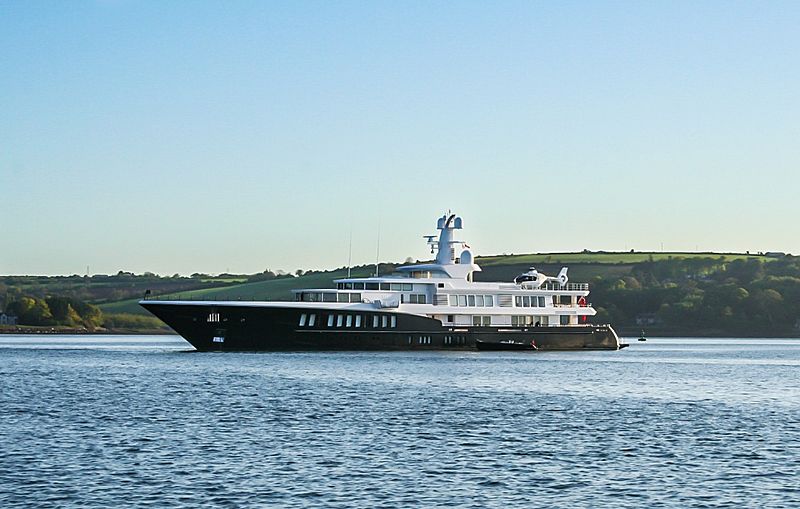 The 81 metre superyacht Air was launched in 2011 as Feadship’s first superyacht with a matte black hull that has been applied with a specialised and environmentally friendly nano coating technique. She is fitted with a fully certified helicopter pad and can often be seen cruising with her private helicopter on deck. Rémi Tessier created the simplistic interior with De Voogt Naval Architects having designed her exterior lines. Air arrived in Ireland after a stopover at the Feadship yard in the Netherlands for a maintenance period and is the second large superyacht to have visited the Irish shores after super sailing yacht EOS was spotted on Cobh last month too.