Home > News > Feadship’s pioneering use of glass on board Como

The recent launch of the 46.22-metre Feadship Como again drew attention to Feadship’s pioneering use of glass. The client requested unprecedentedly large windows in the hull and a wealth of glass in her superstructure. Like every custom project at Feadship, Como’s owner’s requirements were met in style. And following on from other recent launches that have highlighted the art of glass such as Hampshire II, Musashi and Venus, thoughts now turn to the next logical – but seriously complex – innovation, namely using glass structures to also support structural loads from the decks above. 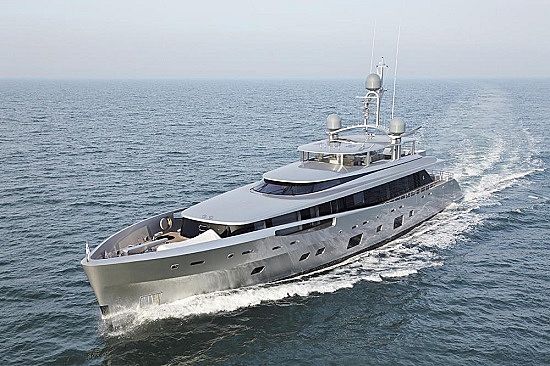 The advance of technology in the use of glass is radically changing the look of superyachts in the same way that it transformed land-based architecture. Today glass determines the look of most buildings, and its use on large yachts has been constantly on the rise over the decades. In 1960 the average proportion of glass within yacht silhouettes was around seven percent, a figure which had doubled by 1990 as windows became larger, were placed closer to each other, and played a far more prominent role in styling.

Feadship has always sought innovative ways to use materials and many custom builds over the decades have pushed the window in bathing interiors with natural light. Current developments can be traced to the first Future Feadship Concept design in 2006 called X-stream. “We received an enthusiastic response to our idea of offering a fully glazed superstructure and a glass observation area in the bow,” says Bram Jongepier, manager of knowledge development at Feadship. “This led to a research programme focused on the use of very large glass panels, the deployment of glass for strength, and the influence that glass has on interior comfort levels.”

Glass panes have a major impact on the routing of ducting, piping and cables. A layout concept was developed with a structural core containing stairs, ducting and technical spaces similar to buildings. This was first used in the 88-metre Feadship Mushashi in 2010, where the structural elements around the luxury interior spaces were kept to a minimum and the proportion of glass to metal in her exterior profile is over 20 percent. 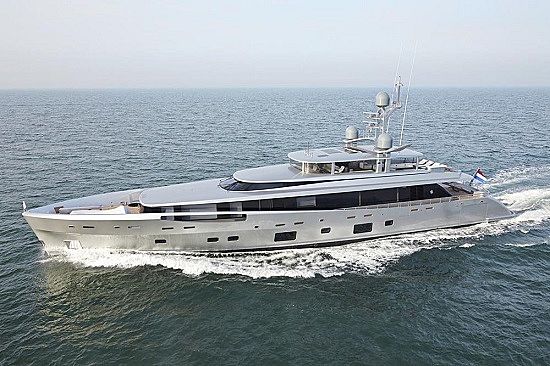 Various Future Feadship concepts have been fitted with larger window panes and underwater windows. Aeon featured glass in the hull and showed how large windows at the waterline could offer amazing views on the oceanic world. This idea was brought to reality on the 78.50-metre Feadship Hampshire II in 2012, which offers an underwater viewing port of over one metre in diameter from the wine cellar on the bottom deck.

The next revolutionary project to showcase Feadship’s heart for glass was the 78.20-metre Venus. This head-turning yacht was created in a unique collaboration between the client, Philippe Starck and Feadship. Venus is special in many ways, but it is the use of glass which has perhaps received the most attention.

The giant windows on her pavilion deck required close cooperation with Lloyd’s and glass expert Eckersley O’Callaghan. Normal windows are tested full scale in a steel construction using water pressure to see whether the construction will hold. Venus’ pavilion windows measure 10 x 2.4 metres, however, and there is no testing facility for such a size. Moreover, the connection system is very different as there is only a connection on one side with the windows resting on a couple of supports. 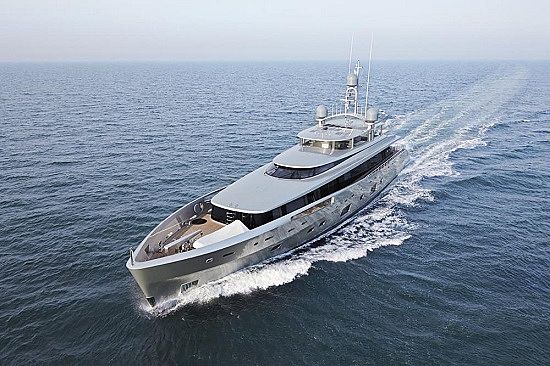 “Once Venus was launched we could measure actual hull deflection with the tank loading centred and completely to the ends,” continues Jongepier. “We were also able to check the accuracy of our FEM calculations – the first time anyone has had access to real-life feedback on the computational models used. Crucially, we were able to replicate the results of the tests to an accuracy of 10-15% – an impressive figure for such an extraordinarily complex product.”

And then came the newly launched Como. “Here the superstructure glass is placed on top of the metal rather than being set into it, creating a continuous surface,” continues Jongepier. “These glazed side panels give uninterrupted views from the owner’s stateroom. And the exceptionally large windows in the hull go way beyond what is permissible from a regulation point of view. We proved to Lloyd’s that we were able to make windows suitable for that location and size, and that the glass laminate would hold". 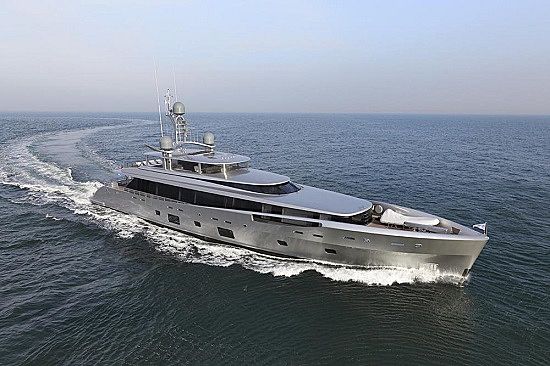 “Moreover, the glass covers the structure on Como in a continuous glass band. We had learned from the Venus project that you have to measure and correct the complete superstructure in the paint and filler works to be able to make a fair transition from the paintwork to the glass and back to the paint again. The gloss lines have to be continuous… And on Como they are.”

In 2012 Feadship initiated a study into load bearing glass that focused on specific locations in the yacht: local, not global, loads. As an exercise, the load of the wheelhouse roof of a 45- metre Feadship was placed on the windows. After a wealth of calculations it was discovered that by increasing the thickness of the front windows from 14 to 30 mm they could support the roof. Five full-scale tests were then carried out which proved that an enormous amount of weight could be placed on top of the windows. 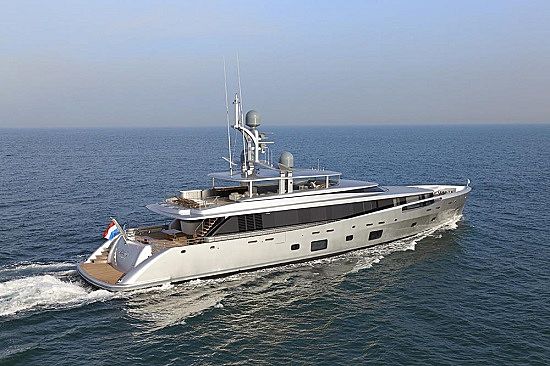 For regular windows a normal load is prescribed by class of about three tonnes per square metre. The roof above is also considered a design load, and this was also transferred onto the window (around three tonnes). Lloyd’s regulations require that windows be able to support four times the normal load without breaking. The tests put four times the normal load on the window and then started adding the deck load (compression load) too. It took more than 15 tonnes of weight before they actually broke.

“This is the stage at which we are now,” concludes Jongepier. “We are convinced that we are able to load our windows with the load from the deck above in a local situation. We know how thick they need to be, we know how to test them, and we have already discussed this with the class authorities. Ovens of the size required to bend giant glass panels are now available, and Feadship has the design and construction expertise to ensure total safety at sea. Now we are working with various designers and potential clients on something truly spectacular that will reap the rewards of all this research… There is much more glass on the horizon!”