The 44.65-metre Feadship superyacht Bella (ex Bella Vita) has been sold, marking the third time this F45 Feadship has changed hands. Representing both the buyer and the seller, Moran Yacht & Ship have also announced that Bella will remain in their charter fleet, making her available for charter this Summer in the Mediterranean. 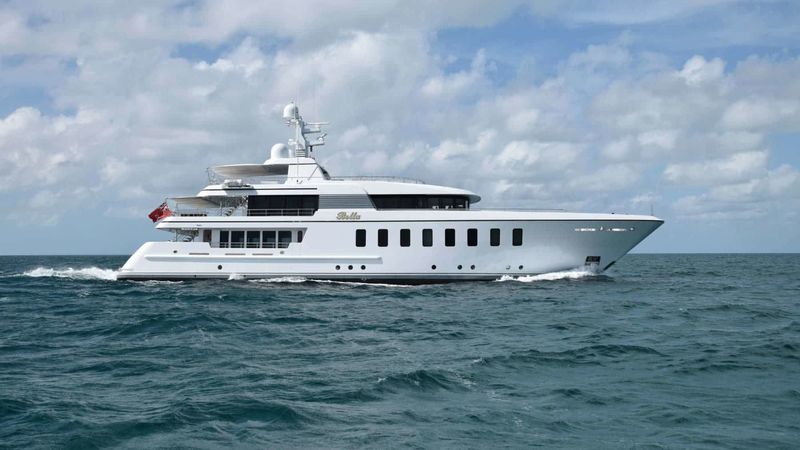 Bella can accommodate up to 12 guests across six spacious staterooms, making her ideal for large families or groups. Her master suite resides on the main deck, and the four further staterooms are all convertible from a queen size configuration to two twin beds.

Specific statistics courtesy of SuperYacht Times iQ
- Yachts built circa 2008 in the Netherlands that measured around 45-metres sold at an average asking price of €10.15m or €22,241 per GT