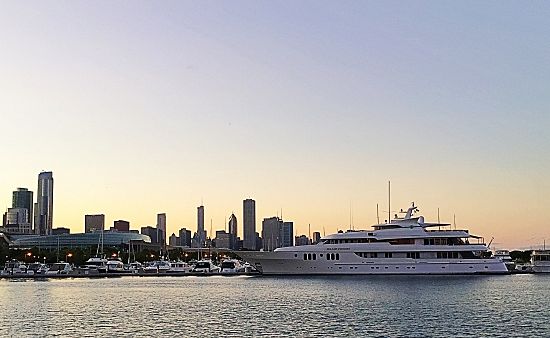 The owner of the 60 metre Feadship Blue Moon is an avid ambassador of the Dutch yachting brand, having owned three Feadships since the mid-1990’s. Having named all three of his yachts Blue Moon, his latest, seen here in Chicago a few days ago, was launched at the Royal van Lent yard in 2005. Donald Starkey designed her guest spaces to feature the maximum amount of interior volume, all within a 60m platform. The designer introduced signature exterior styling cues in Blue Moon which Feadship would eventually go on to apply to many of their future yachts built.