After being sold in 2014 by Craig Cadwalader of Ardell Yacht & Ship Brokers - California & Florida, the 67.3 metre superyacht Falcon Lair (ex: New Horizon L; White Cloud) is currently undergoing a major refit at Compositeworks Shipyard in La Ciotat, France. Built by the Dutch shipyard Feadship in 1983, she was originally designed by Jon Bannenberg and her new exterior lines are from the drawing board of Bernard Olesinski Ltd. 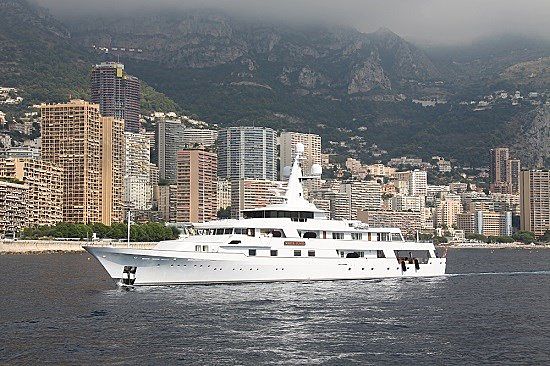 On board she accommodates up to ten guests over one master suite, one VIP cabin and three twin cabins. A crew of 16 is also accommodated for on board. She was extended in 2005 from an original 60 metres, where much of her interior was redecorated and re-designed with the Studio of Terence Disdale Design. A large jetted spa was added on the aft deck, and Zero Speed stabilizers were also installed.

Furthermore, in 2010, she underwent the 25-year marine survey to maintain her in Lloyd's Classification. Her engine control, machinery and monitoring systems were then upgraded and the exterior was completely refinished. 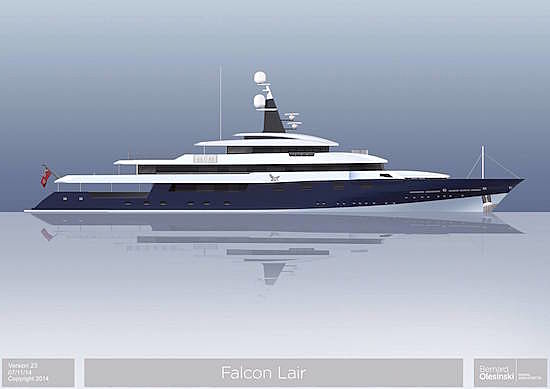 In the following rendering published by Ardell and drawn by Bernard Olesinski Ltd, the plans for her most recent transformation as set out by her new owner can be seen.