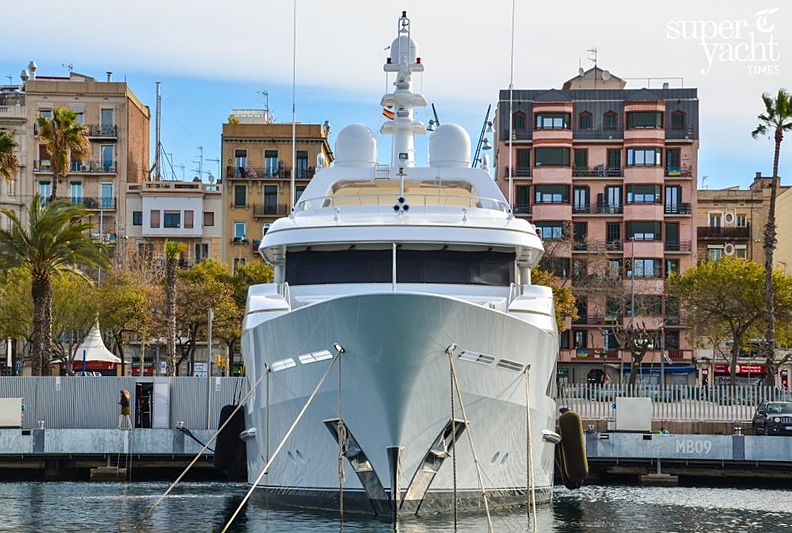 Superyacht Go was launched in 2010 as the third yacht in Feadship’s SL39 series, following her sisters Mercury (2008) and Kathleen Anne (2009). In 2013 she was bought by her current owners, and subsequently underwent an extensive rework project at Feadship whereby the yacht was lengthened to her current 43 metres. The engineering tasks of the project was left to Feadship’s Yacht Services team, while Sinot Exclusive Yacht Design was in charge of the vessel’s restyling. Here she is seen tied up in the heart of Barcelona.