Following the recent sale of the 50 metre Benetti superyacht Taiba, SuperYachtsLondon has today announced that they represented the buyer in the sale of Feadship’s GO, a central listing of Merle Wood and Fraser Yachts. Designed by De Voogt Naval Architects, the 39 metre luxury yacht was launched in 2010 and on the market with an asking price of € 21,900,000. 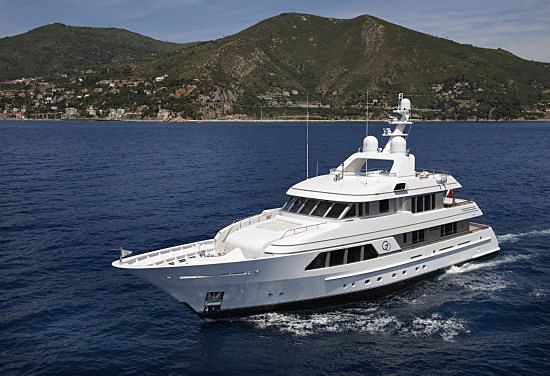 Last year the yacht was given an interior restyle to a design of Sinot Yacht Design. The new interior retained the clean and pure lines of the original, but was given a warmer ambience. The large master stateroom epitomises the serene atmosphere, while the yacht’s clever layout offers the option to turn two of the four guest suites into one full-beam VIP stateroom complete with lounge. 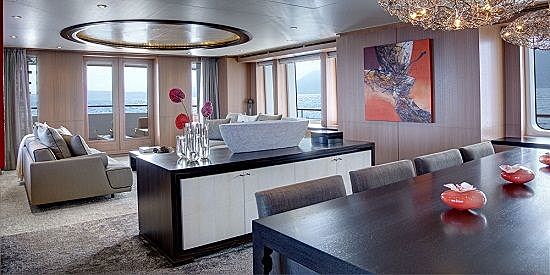 Jimmy Broddesson of SuperYachtsLondon comments, “the new young owner of GO was looking for the best yacht in the mid-size range and his decision to buy GO was based on the top quality of the yacht and the strong re-sale value of Feadship yachts in today’s market. This, combined with the warm and timeless interior by Sinot Yacht Design convinced the owner to buy GO instead of similar sized yachts of other brands”. 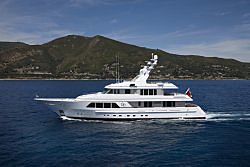 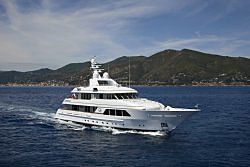 GO was the third yacht built in the Feadship SL39 series, following the launches of Ocean Mercury in 2008 and Kathleen Anne in 2009. In 2012 she made headlines as she was the first new-build Feadship to visit Brasil on a six-week tour of all the major cities in the country.