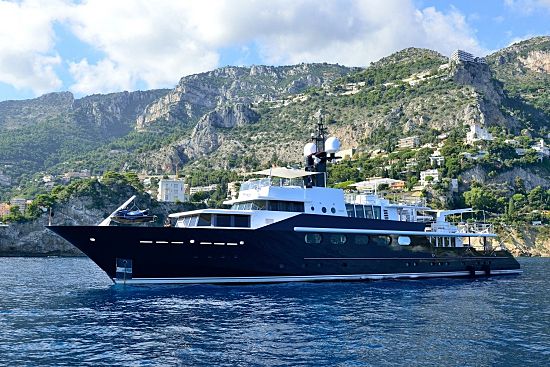 The 49.45m superyacht Highlander was commissioned by well-known American bsusinessman and publisher of the Forbes magazine, Malcolm Forbes, and launched by Feadship De Vries in 1986 as The Highlander. The yacht underwent an extensive one-year long refit during which her hull was extended, a complete new interior installed, as well as various cosmetic works completed to the exterior. Her green hull has become synonymous with the yacht, which has become a popular charter yacht since her return to the sea in April last year. She was seen this summer at anchor off St Roman, near Monaco.