The recently launched Feadship Kahalani has started her seatrials off the Dutch Coast. The designers at De Voogt have designed a 55 metre superyacht with a range of styling elements such as the rounded shapes of the dodgers, the recessed and elegantly proportioned window mullions, teak cap rails that runs over all decks, beautiful stainless steel details, and the use of pronounced dark grey lines along the superstructure. All these attributes are seamlessly blended with classic Feadship features such as the raised bow and dashing flair. 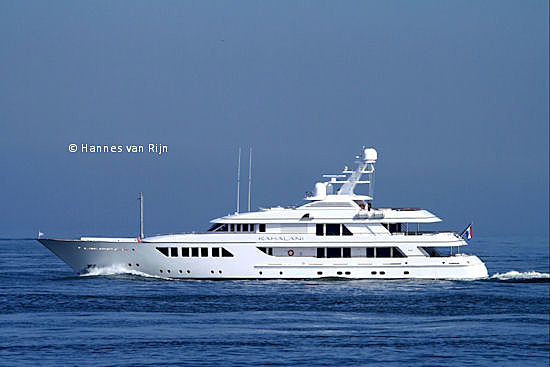 Another signature aspect of the Kahalani project was the extraordinarily sophisticated design and décor created by Rémi Tessier, who by his own admission is ‘an audacious and eclectic creator who is always on the move’. Hard wooden floors predominate throughout Kahalani‘s interior of wax-finished Makassar ebony with sycamore inlays, which also features a wealth of custom-built loose furniture, light fixtures, and special wall finishes. 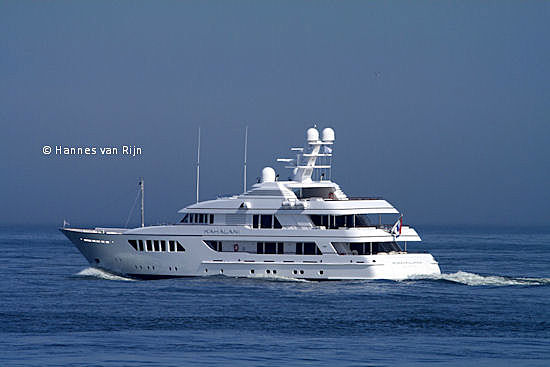 Kahalani is the first brand-new Feadship for a client who had previously owned the 43-meter Feadship launched as Sea Sedan in 1993 and renamed Kahalani (which means ‘heavenly waters’).