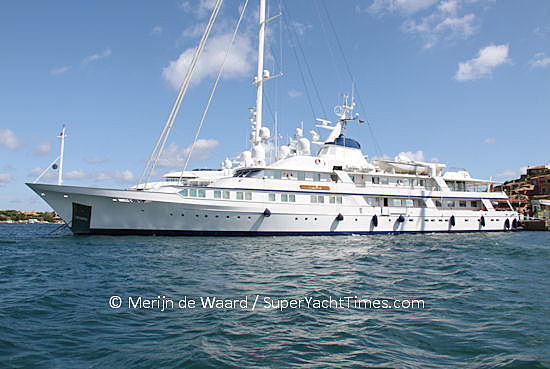 Nara is a custom built superyacht by Feadship with an exterior design and engineering by De Voogt Naval Architects and interior designed by Pierre Tanter. After her delivery in 1979, Nara was enjoyed by the same private owners for 30 years and has never been chartered.

Nara is powered by twin 3155hp MTU engines giving her a cruising speed of 16 knots. With a steel hull and aluminium superstructure with a beam of 9.70 metres and a 3.20 metre draft, she is fitted with ultra-modern zero speed stabilisers, reducing the rolling effect and providing a smoother cruising experience for up to 26 guests and 17 crew.

The client was represented by Edmiston and, at the time of sale, was listed at €9.9 million.