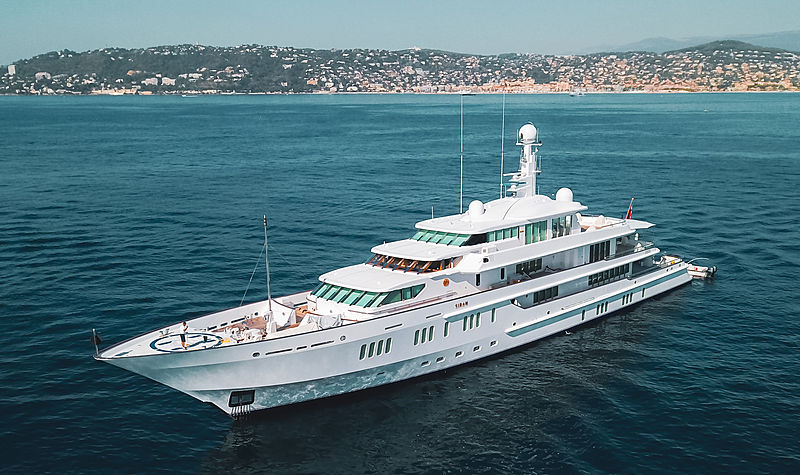 Photo: Christo303The Jon Bannenberg-designed Siran was built by Feadship in 1991. At the time of her launch, she was considered one of the most luxurious and complex yachts ever built by the Dutch shipyard, pushing the boundaries of what was thought possible by incorporating huge laminated glass windows, a 40-ton floating stairway in marble onyx and gold and an aft-winding stairway extending over two decks. She still has her original and extremely luxurious interior, designed by Bannenberg, which remains one of the best-kept secrets in the superyacht industry. The 67-metre yacht was extensively refitted and lengthened at the Feadship’s Makkum facility in 2005 and 2006 and later returned in 2015. Here she is captured at anchor on the French Riviera.