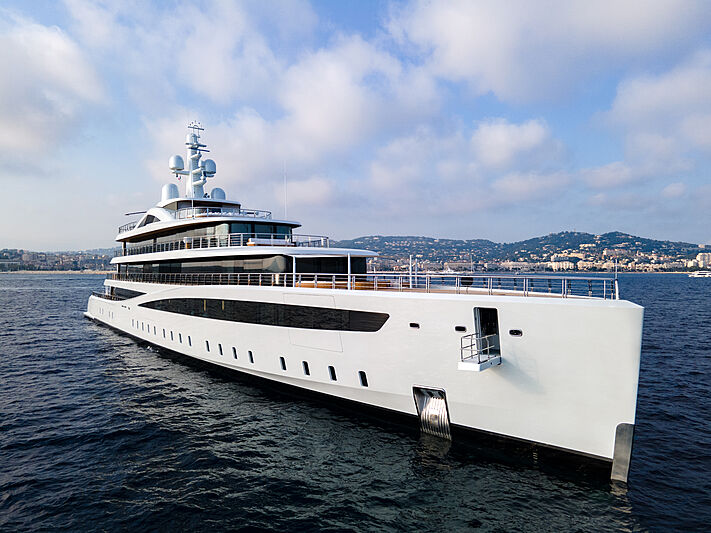 Photo: Bruno BuissonSeen here anchored in Cannes, is the 94-metre superyacht Viva. Built and launched in February 2021 at the Dutch shipyard Feadship in Kaag, the Netherlands, Viva is one of the largest superyachts to be launched this year. Previously known as Project 817, she is the design work of Azure Yacht Design and Feadship's Studio De Voogt. The Peter Marino design studio is behind the yacht’s interior, described as a beach house by the builder. The owner’s ‘less is more’ philosophy has influenced every aspect of the design inside and out, with an abundance of clean lines. A standout feature is the curved floor-to-ceiling windows on both upper decks, flooding the interior with as much natural light as possible. Viva comes fitted with a hybrid propulsion system, allowing her to cruise on diesel-electric power at 12 knots. She can reach 20 knots under diesel propulsion, and has been designed to be as highly efficient as possible.

Superyacht Soaring in the South of France