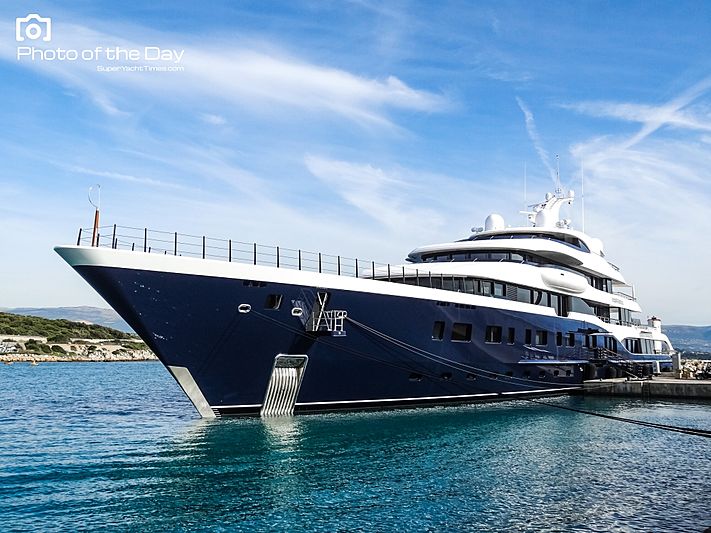 Recently seen in the port of Antibes is the 101.5-metre Feadship motor yacht Symphony, as she is currently spending time on the French Riviera. Symphony made headlines in 2015 when she was launched as the Dutch shipyard’s largest project to date and, at the time, also the largest yacht in the Netherlands. Her exterior profile is unmistakably that of designer Tim Heywood. The Zuretti-designed interior can carry extended groups of guests and was built according to the Passenger Yacht Code.

Superyacht Symphony in the Caribbean