After previewing its latest Feadship Future Concept earlier this week, Feadship has unveiled the full details of the 81.75-metre superyacht Pure. 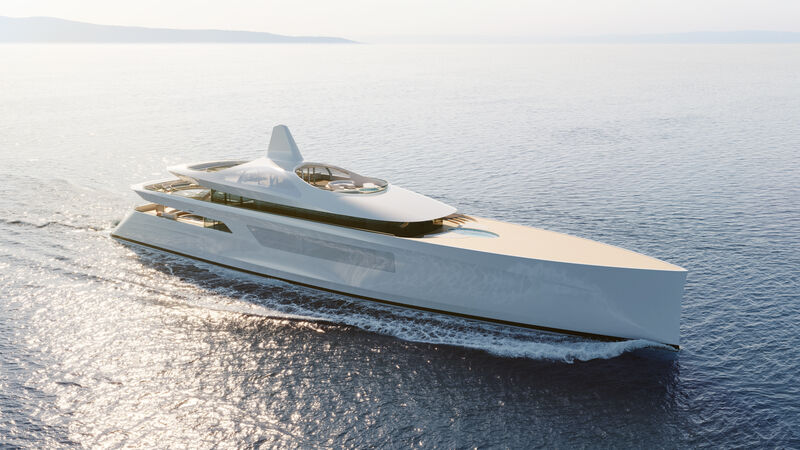 Inspired by past Feadship Future concepts, Pure is the culmination of technologically and ecologically-forward innovations utilised by the Dutch shipyard in the past. The concept was developed by designers Jan Schaffers and Tanno Weeda and in close collaboration with De Voogt Naval Architects. 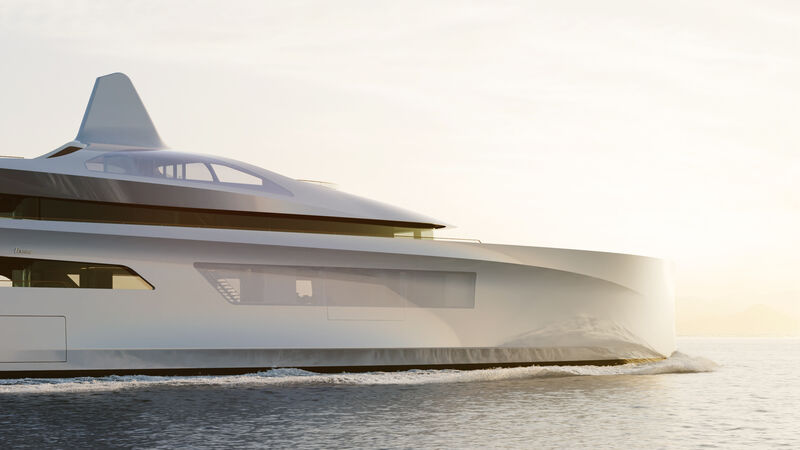 “At Feadship we are used to designing totally bespoke yachts for clients with every aspect driven by their individual desires. Pure synthesises all the know-how gained in recent times over the types of spaces and exteriors which owners ask for in the purest way possible, following the red thread of these wishes. Many of us are inherently reluctant to truly explore what our actual needs are and Pure takes a deep dive down this path. To slightly paraphrase the famous Steve Jobs quote, ‘people don't always know what they want until you actually show them’, explains designer Jan Schaffers. 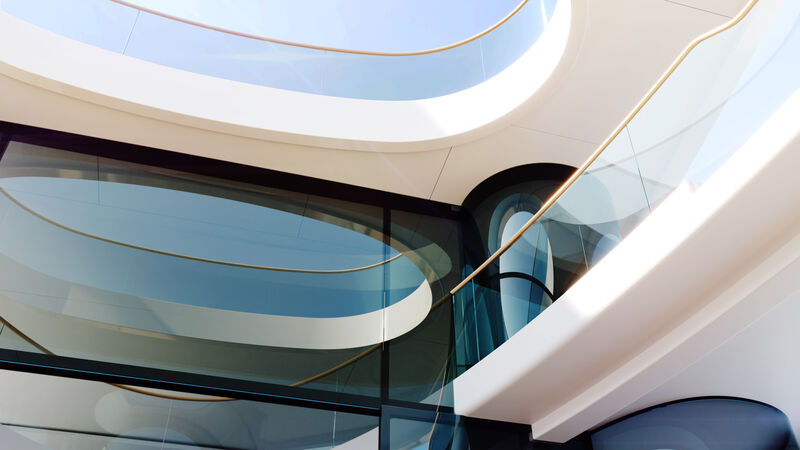 Characterised by openness, one of Pure’s most focal aesthetic and social points is her three-deck atrium. The complexity of the design – though Feadship claims it can be “built tomorrow” – is centered around two interior structural components, which are also home to the main deck bar to port and the main stairwell to starboard. The indoor-outdoor atrium is adorned with a massive glass facade which creates a sense of openness, but also provides privacy among her balconies and terraces. 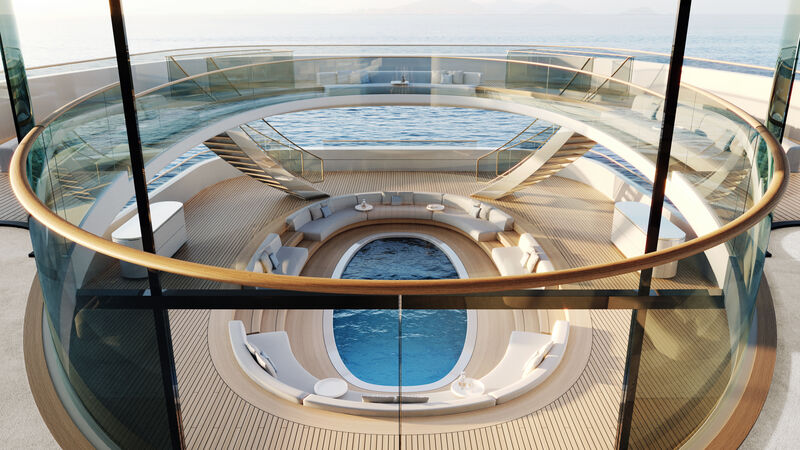 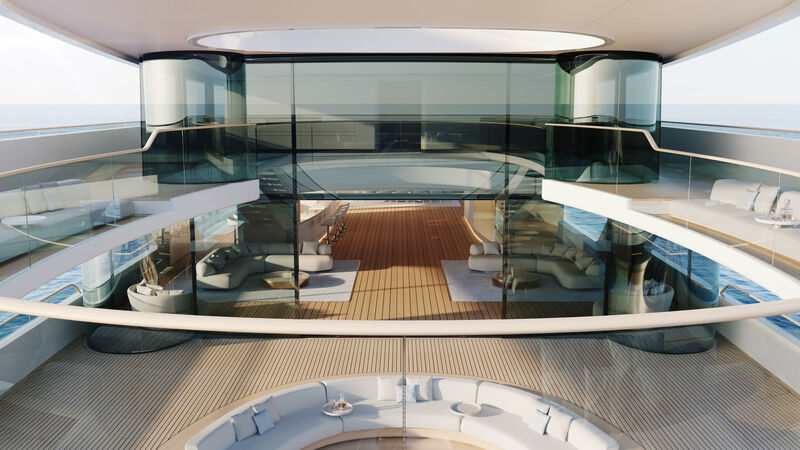 The five-deck superyacht features ample deck space including a sun deck with a spacious Jacuzzi, a fire pit, a bar situated amidships, and an al fresco dining area. Her generous beach club is accessed via two curved staircases from the main deck aft to the yacht’s transom. Amidships, a retractable Jacuzzi can be deployed allowing guests to enjoy the water from directly above the sea. With two tender garages situated on the foredeck, the remainder of the main deck is dedicated to dining and lounge facilities. 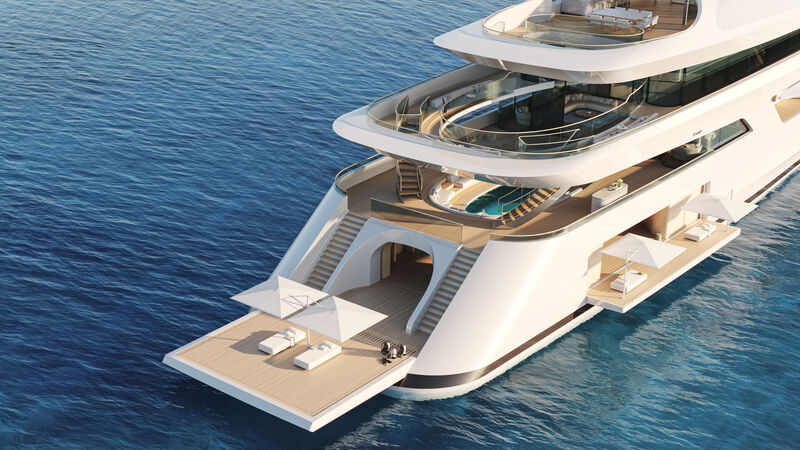 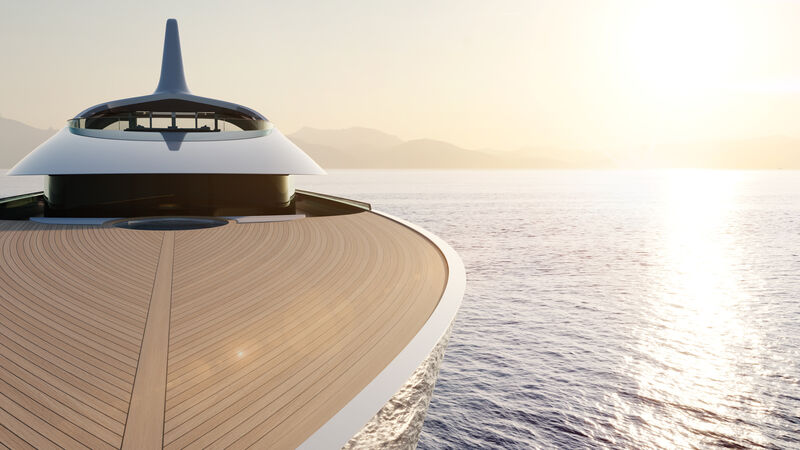 Pure does not have a wheelhouse in a traditional sense. The yacht is operated from a concealed command centre where all of the yacht’s operations are simulated and displayed on screens. 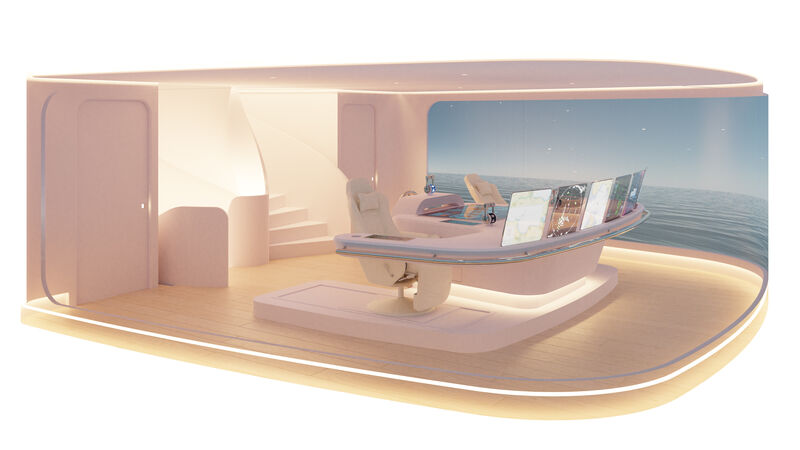 “We recognise that the Command Centre is a controversial proposal that may lead to resistance, but such solutions are already common on subs and naval vessels,” says Bram Jongepier, a senior specialist at De Voogt Naval Architects. He continues, “Superyachts revolve around their owners and many prefer to have a forward facing stateroom with panoramic views in the place where a wheelhouse normally is. Placing the bridge higher up impacts the profile. The Command Centre is a viable solution and at Feadship we see this as a big topic for discussion within the industry.” 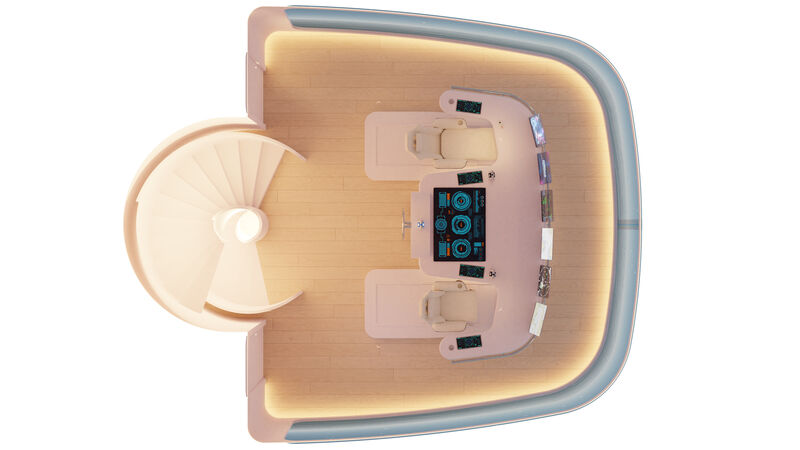 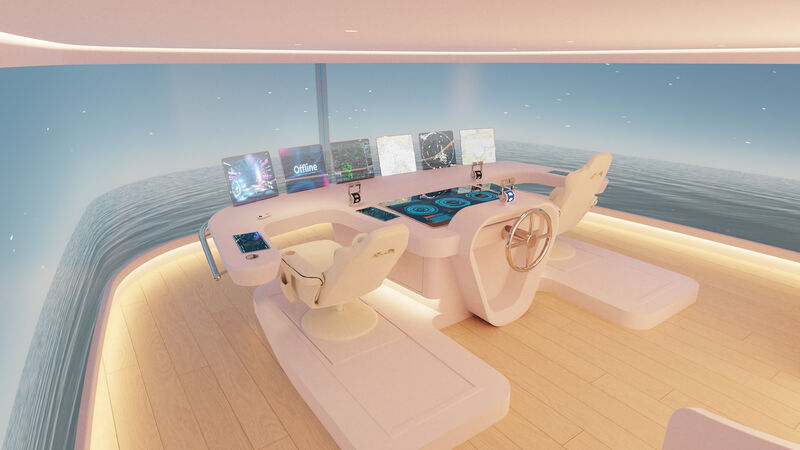 Pure’s designers have forecasted three different propulsion systems that will likely become available in the coming years. With an initial possible delivery of 2024, two upgrades in 2027 and 2030, respectively, can sport alternative forward-thinking systems. 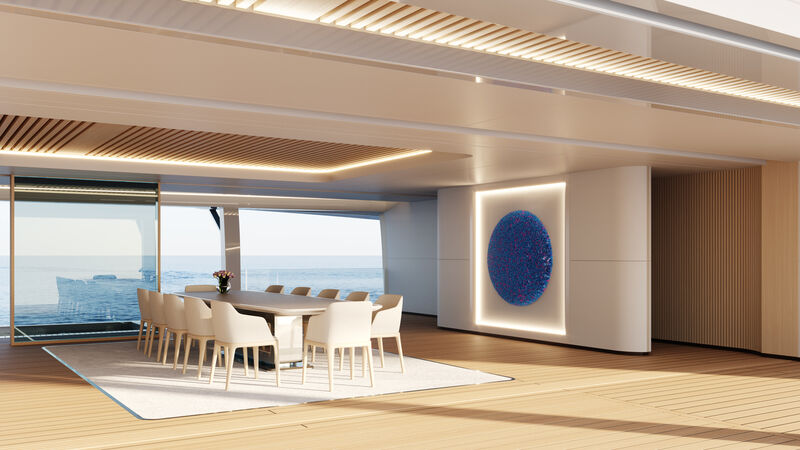 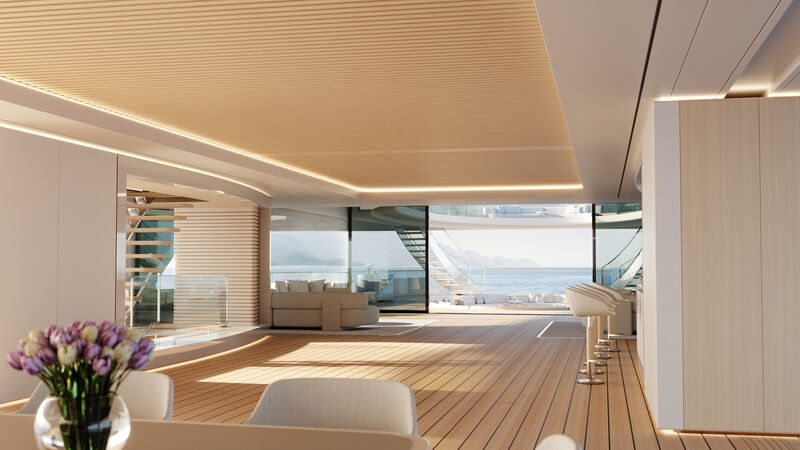 The first would utilise a diesel electric energy hybrid with a battery pack and generators which run on fossil or renewable diesel fuels. The battery pack would provide enough energy for Pure to cruise for 120 nautical miles on a single charge. 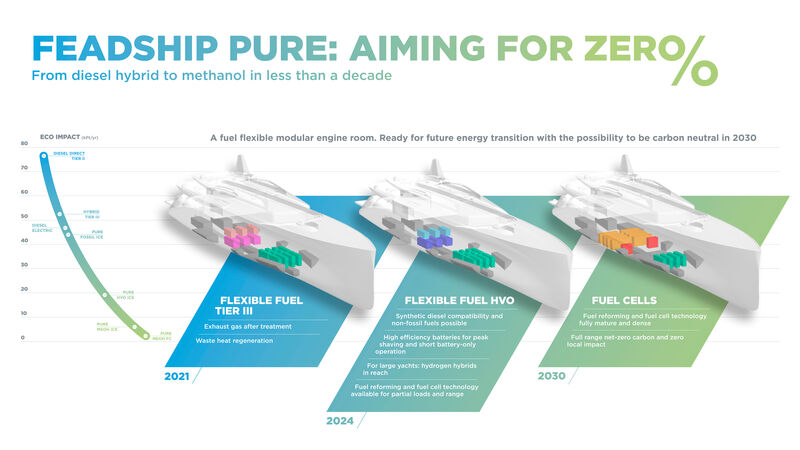 The 2027 rendition of Pure would – technological developments permitting – sport a hybrid of battery packs and generators which run on methanol. A challenge presented by this would be to provide methanol fueling infrastructure in yachting hotspots.

The 2030 edition of Pure would sport all-methanol fuel cells with batteries, which are currently available on the market, but do not currently yield a better efficiency level than diesel engines.

Meyer Yachts enters the superyacht sector with a 150m sustainable superyacht concept, ONE 50