One of Feadship’s latest superyachts to come from its construction halls, the 75-metre motor yacht Arrow, is navigating the Dutch inland waterways today as the project is preparing for her intense sea trial phase of testing out on the North Sea. Following her launch in December, Feadship has since unveiled another new project in the shape of the 99.95-metre Moonrise which was launched last week in Makkum. 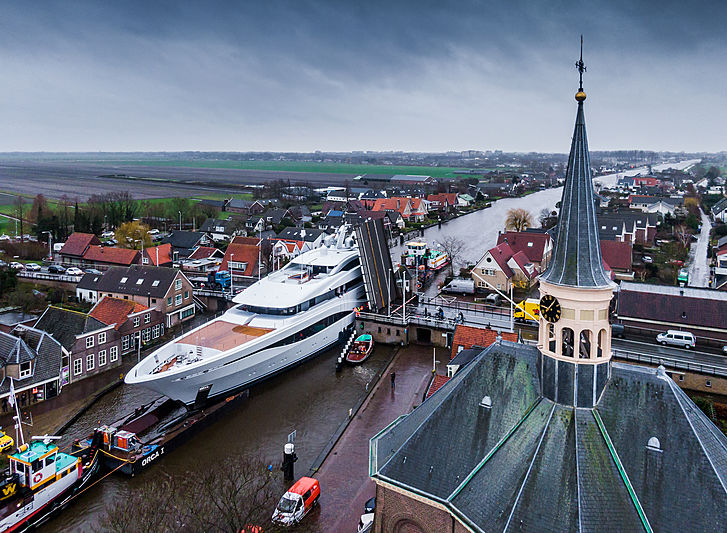 Built as the yard’s hull number 703, Arrow features an exterior and interior design by H2 Yacht Design as first Feadship to be drawn by Jonny Horsfield and his team at the London-based studio. The team at De Voogt Naval Architects were responsible for the yacht's naval architecture, steel hull and beam of 12.9 metres. 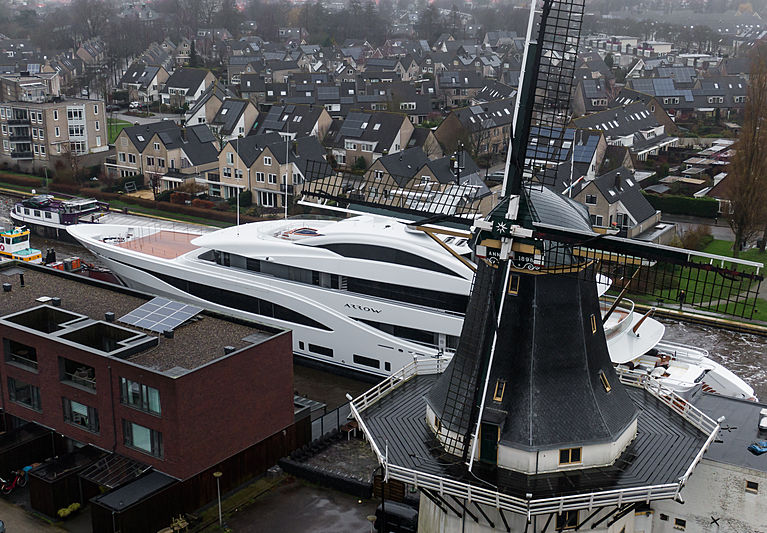 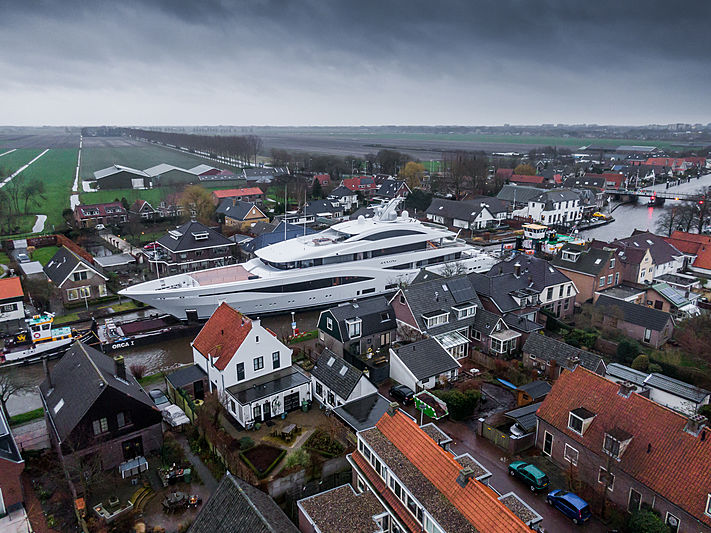 On board, the outdoor spaces, with feature luxury furniture surrounded by low glass railings, are accentuated by high deck heights and wide gangways. The sun deck sports a bespoke mosaic-lined jacuzzi, whereas the beach club aft is dominated by a unique bar area. With a special consideration made to the noise transmission between the interior living spaces, the interior layout is said to be decorated with backlit marble and varnished teak. 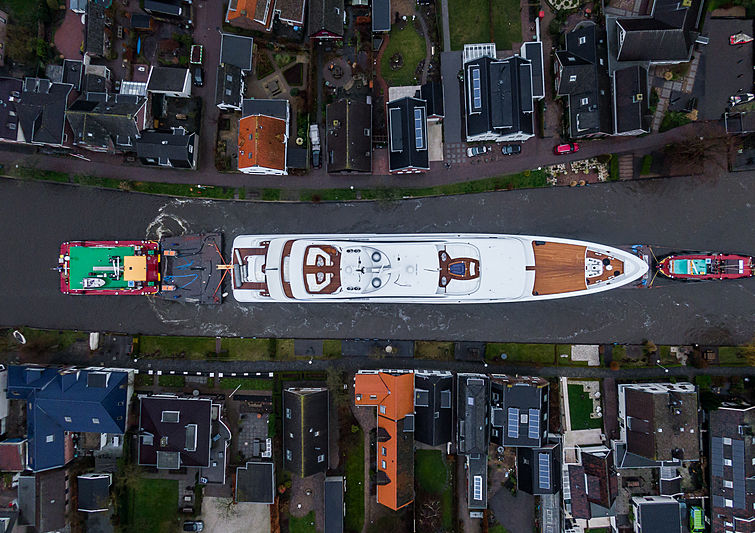 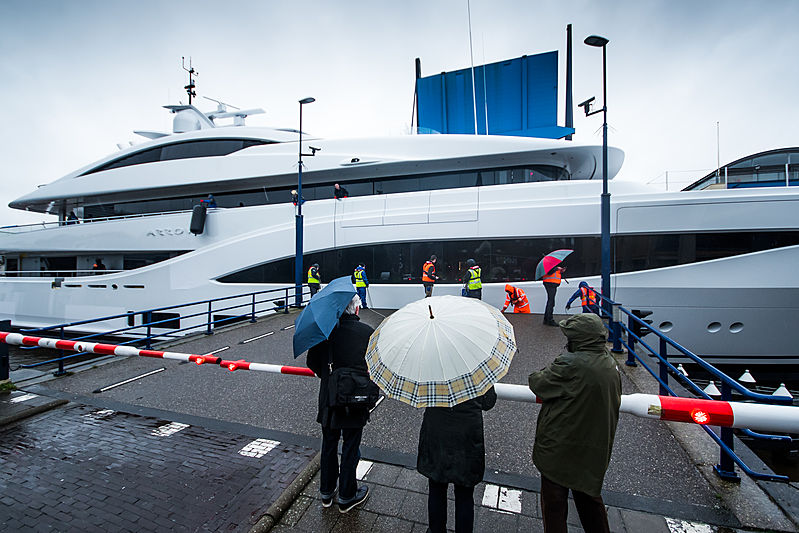