Home > News > The Feadship yacht Aurora B on the French Riviera 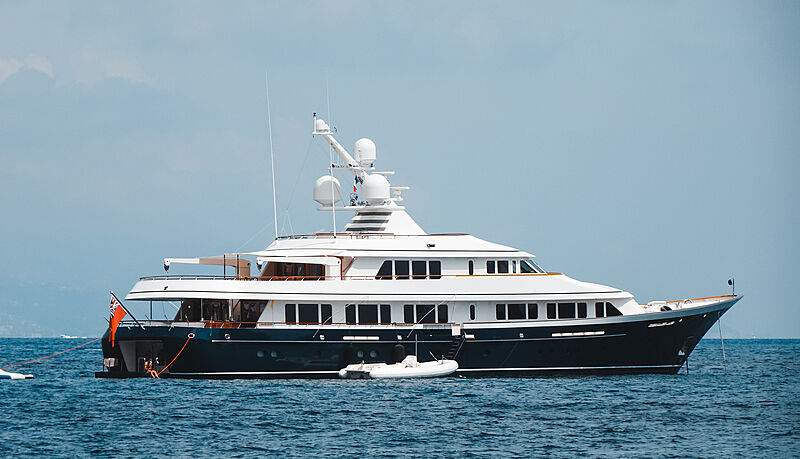 Photo: Aurélien Herman / SuperYacht TimesFirst launched as Aurora in 1992, the 50-metre Feadship yacht Aurora B has twice returned to her place of birth since then in 2007 and 2017 in order to keep the vessel maintained to an exceptional standard. Her most recent refit period saw Aurora B take on a new livery with a classic navy blue hull finish and a crisp white superstructure. Designed by Frits de Voogt of De Voogt Naval Architects, Aurora B captured the classic essence of iconic Feadships before her and set a new standard for many projects that followed. Here she is seen in Saint-Jean-Cap-Ferrat on the French Riviera this summer.