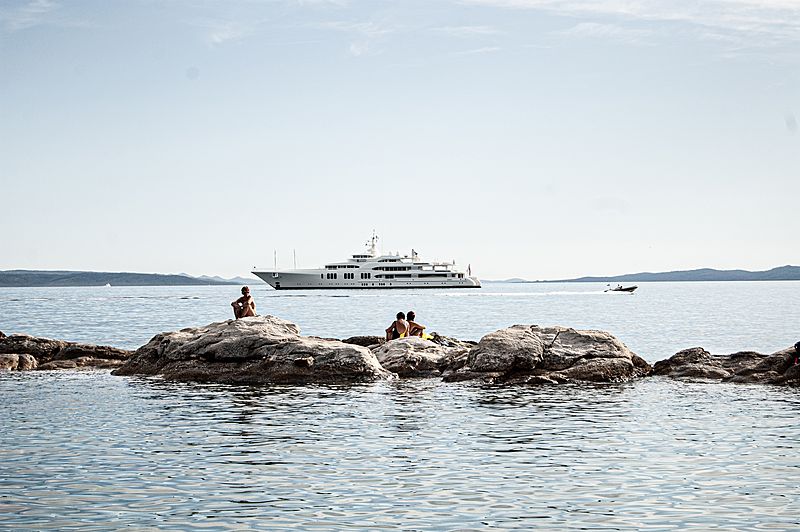 Photo: Ferran FeixasEcstasea was built in 2004 at Feadship’s Royal van Lent shipyard in the Netherlands as one of the most advanced yachts of her time. Still considered ground-breaking in many ways today, she is best known for her thrilling top speed of over 30 knots thanks to a massive turbine located at her stern. Terence Disdale designed the project’s interior and exterior while De Voogt developed the naval architecture of the vessel. Here she is seen avoiding the crowds this summer season in Split, Croatia.