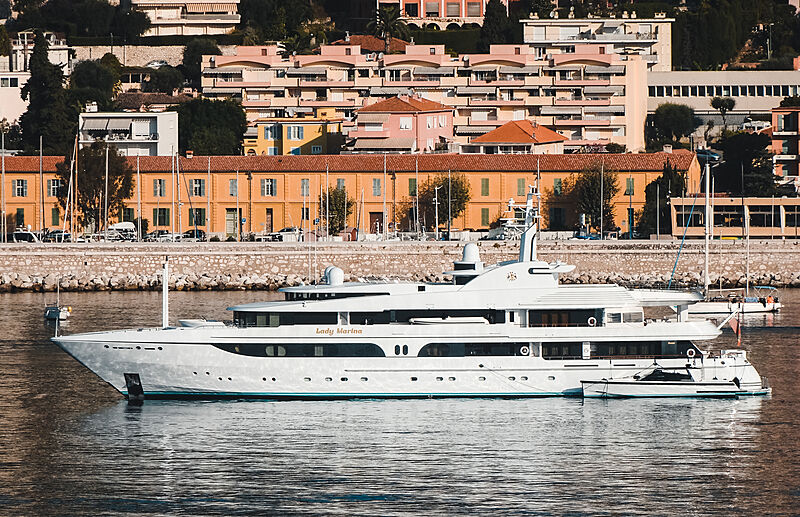 Photo: Aurélien Herman / SuperYacht TimesMotor yacht Lady Marina was built by Feadship in 1999 for an experienced owner who previously owned a 50-metre Hakvoort, named Lady M II. Lady Marina has a unique Donald Starkey exterior design unlike any other Feadship before her, with a large helicopter landing deck and raised pilothouse deck above the owner’s private observation lounge. Despite her large volume, the Dubai-based designer managed to give the yacht a sleek and posed appearance. Here she is seen off Villefranche-sur-Mer on the French Riviera.