Delivered to her original owner in 2013 at Feadship, the 57.6-metre yacht Larisa has been sold, thanks to Y.CO representing both the buyer and the seller. Built for an experienced owner who was looking to upgrade, the custom superyacht features an exterior with elements of both contemporary and classic design and naval architecture by De Voogt Naval Architects. 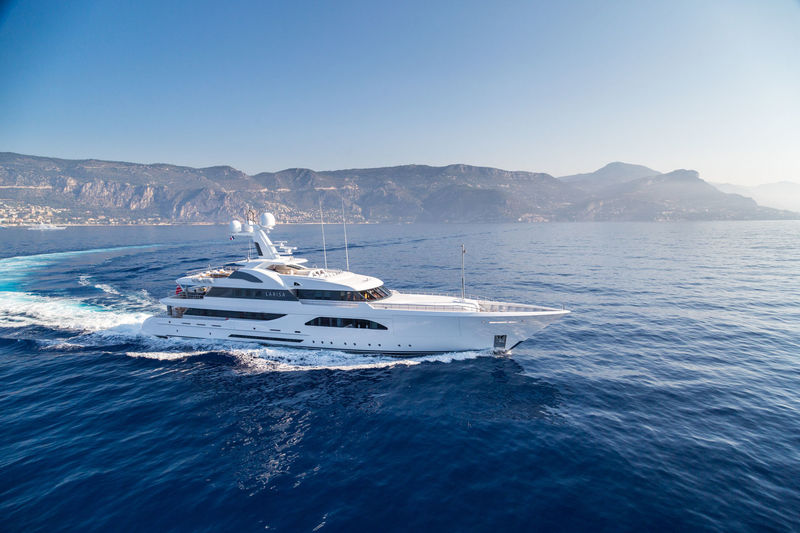 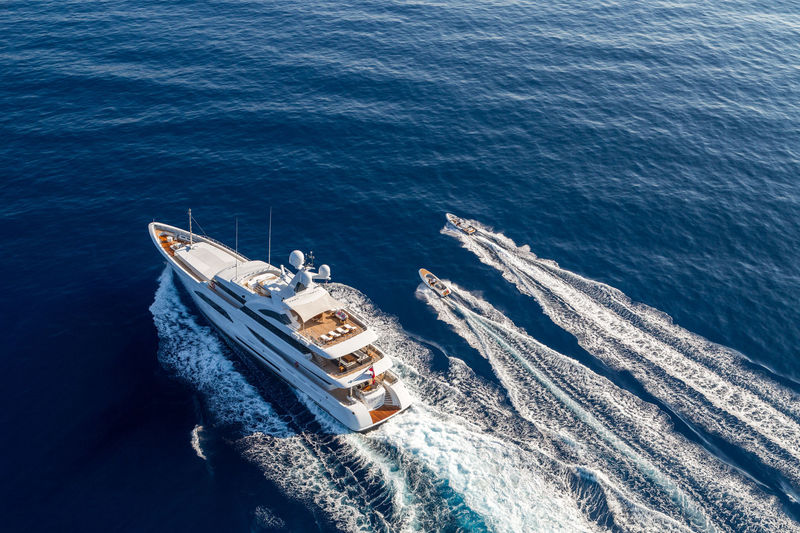 Photo: Quin BissetCharacteristics of Larisa’s exterior design include a strong line supported by a straight knuckle running from the bow to the stern and a 21-metre open sun deck surrounded by steel railings reminiscent of a classic Feadship. Her open plan design allows guests to move freely between spaces such as the bridge deck saloon-cum-dining area where the low bulwarks can be accessed through retractable floor-to-ceiling glass doors. 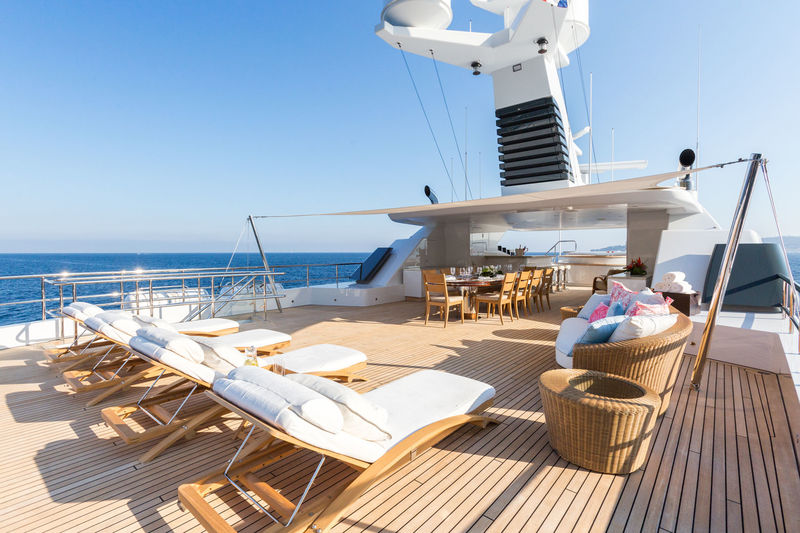 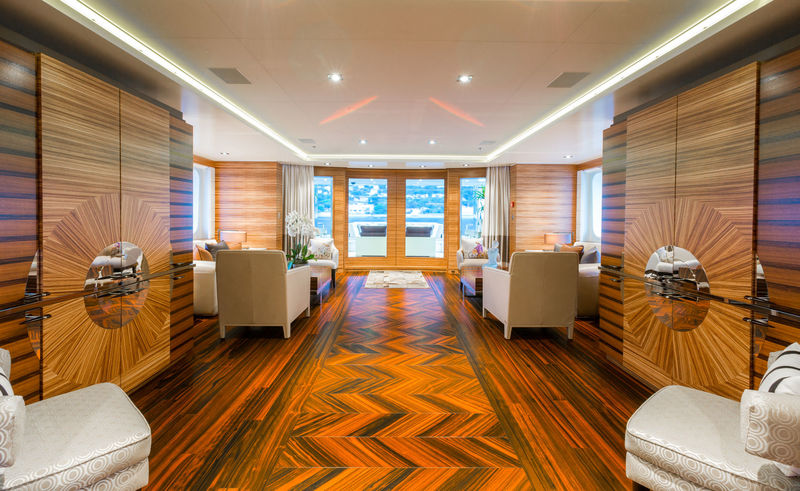 Photo: Quin BissetWith interiors from the drawing boards of Bannenberg & Rowell Design, Larisa can accommodate up to eight guests across four staterooms including a spacious owner’s suite with private balcony, walk-in wardrobe and dressing area. On the lower deck, a full-beam VIP suite with en-suite bathroom can be converted into two cabins. Guests can also enjoy the onboard amenities such as Jacuzzi and shaded bar area. 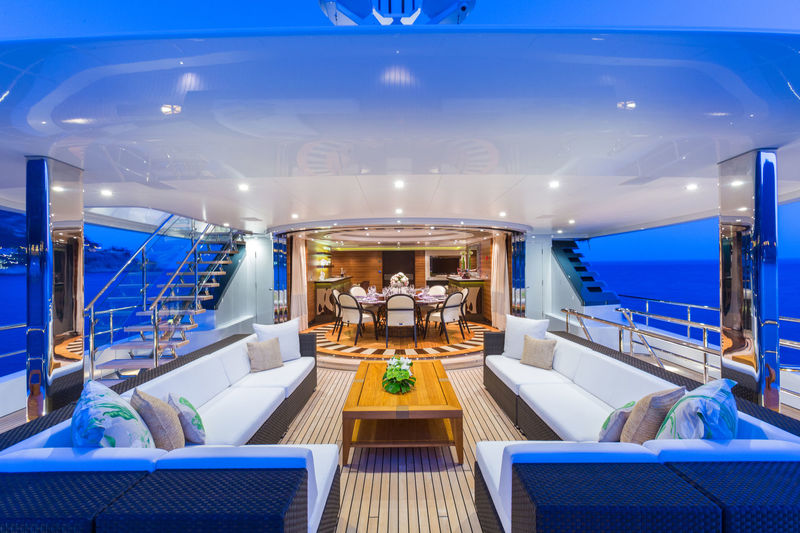 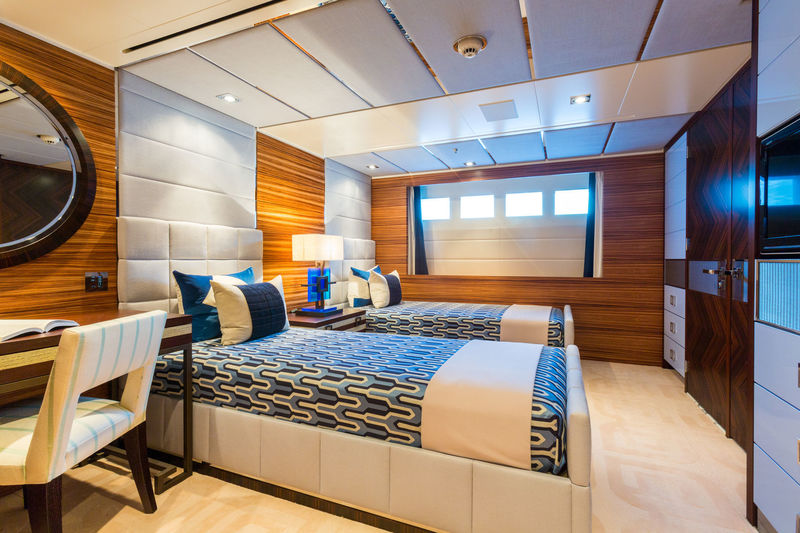 Photo: Quin BissetHaving undergone a refit in 2016 at the MB92 shipyard, Larisa’s new owner will receive her in excellent condition along with her original captain and engineer. Y.CO also brokered the construction of Larisa at the Feadship De Vries facility. 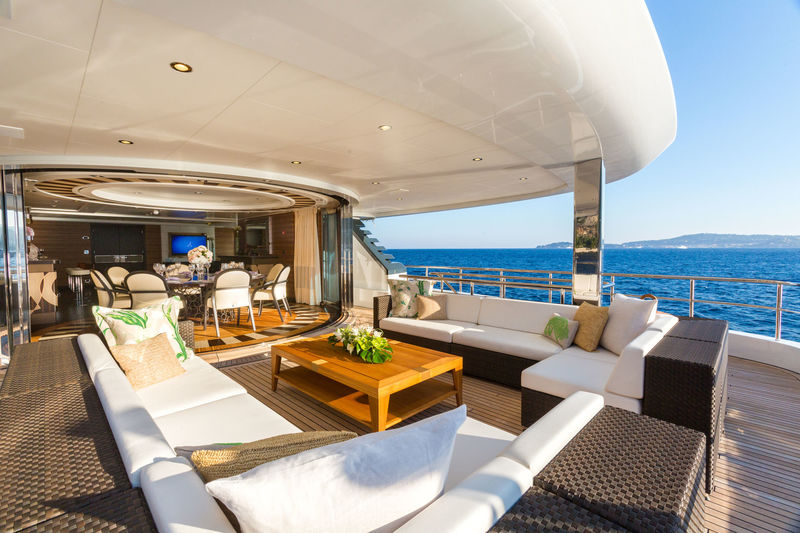 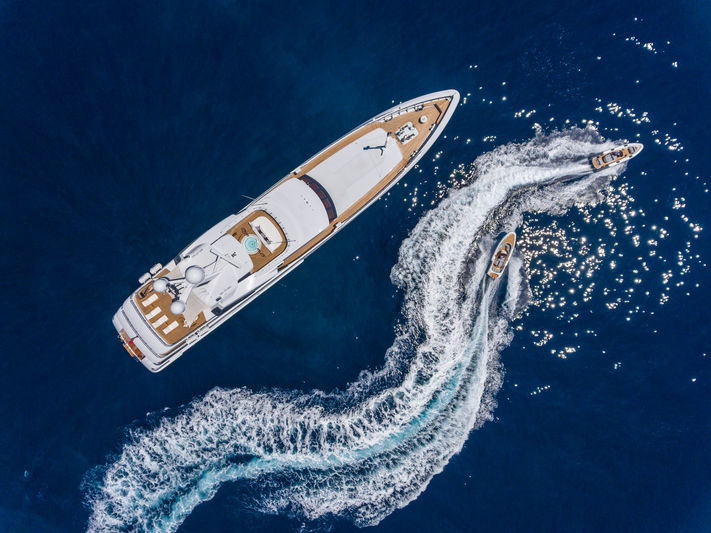