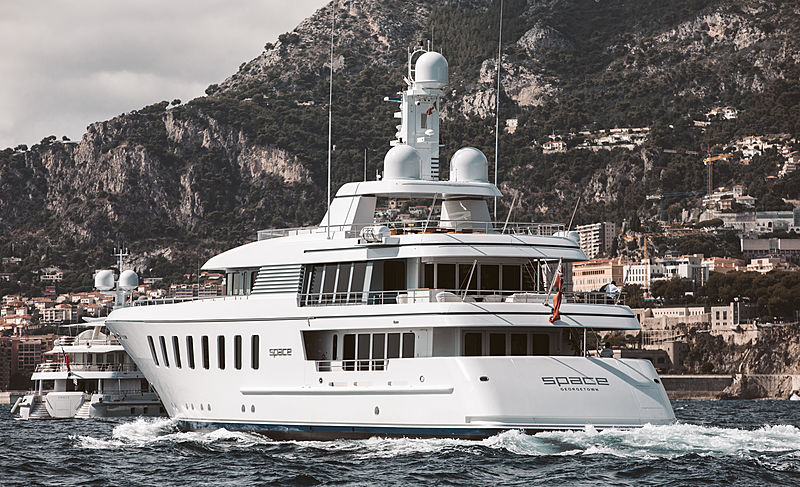 Photo: Charl van Rooy / SuperYacht TimesAs the first hull in Feadship’s semi-custom F45 line of motor yachts, in which six was ultimately built, Space, like her sisters, offers an extremely large volume for a yacht of this length, partly due to a high freeboard as well as limited but functional exterior deck spaces. After Space’s launch in 2007, the line continued with the launches of Harle, TV (now Bella), Gladiator, Helix (now Megan) and ultimately Blue Sky in 2013. Here she is seen cruising past Monaco on her way to Cap d'Ail on the French Riviera.