Earlier this month, be it for a brief moment, two of Feadship's most iconic superyachts met for the first time, when they were docked side by side, at Antibes' International Yacht Club. Two impressive yachts, based on opposite design briefs. One of our readers was there to capture the two yachts together in one picture. 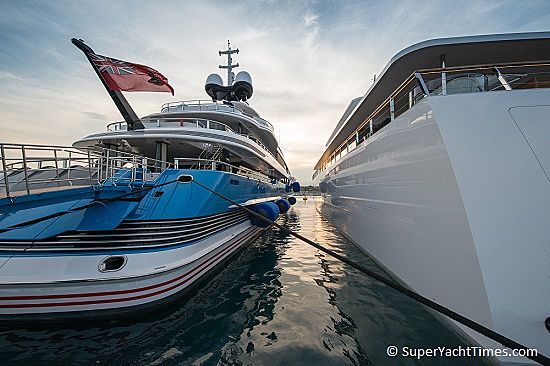 When launched, the 78 metre Feadship Venus, built for the late Steve Jobs, left the traditional superyacht industry gasping for air. Designed by one of the most influential designers in the world, Philippe Starck, Venus is designed to a minimum. In an interview with SuperYachtTimes.com, Philippe said: "We always wanted less and less.. Venus was about the elegance of minimum". About the interior, he commented " It is the minimum of everything. There is not a single useless item inside". 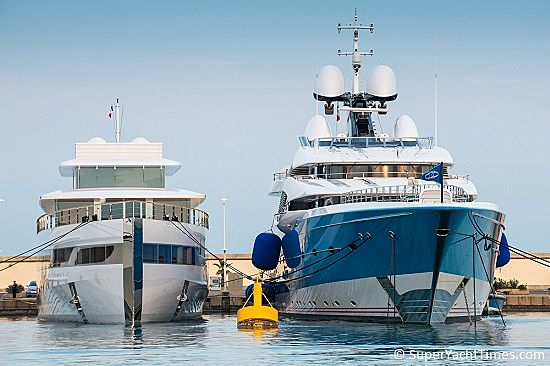 On the opposite end of the spectrum, there is the 99-metre masterpiece Madame Gu, the largest superyacht built to date in the Netherlands. Sleek and quick, and with exquisite exterior detailing, she is a well-honed masterpiece. Although unconfirmed by Feadship, her interior by Andrew Winch Design is said to be one of the most luxurious and elaborate ever produced. 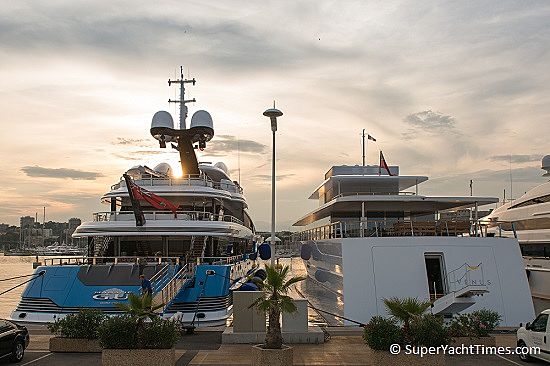