CNI are delighted that the 56m/183’ Selene from Perini Navi has been short listed as a finalist in the Best Sailing Yacht in the 45m+ category at the World Superyacht Awards. A favourite in the CNI fleet, Selene was built in conjunction with a CNI broker, and following her launch in 2007, she has become a highly popular charter yacht. Selene will be racing in the Perini Navi Cup in Porto Rotondo later this year.

Entries for CNI’s Young Designer of the Year Award have been flowing in and February sees the judging panel meet to decide on the finalists for the Neptune Award in the World Superyacht Awards in April. To date almost 60 designs have been submitted from all around the world. 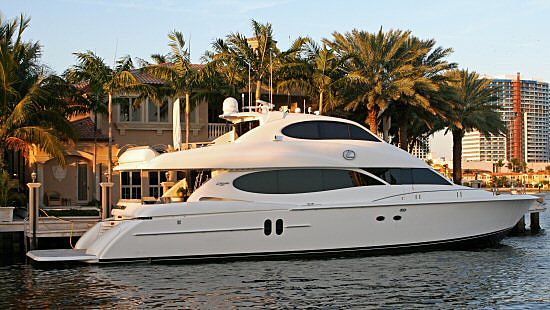 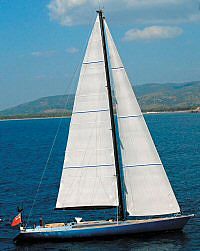 Brokerage - New listings & recent sales
A collection of new listings hit the seas last month at CNI. Georges Bourgoignie, from CNI Miami, announces that the 24m/80.7’ Leading Lady from Lazzara is the latest model available on the brokerage market. Built in 2005/06, she has been well maintained. She accommodates six guests in three cabins, including a fullbeam master stateroom midship, port and starboard VIP cabins, and crew quarters forward for four, with a separate Captain’s stateroom. Leading Lady will be presented at the Miami International Boat Show.

On the other side of the Atlantic, Nicholas Baker, of CNI London, announces the joint listing of the 39.7m/130’ Victoria of Strathearn (photo) from Alloy Yachts. Built in 2001, and refit in 2007, this traditional performance style ketch, accommodates seven guests in three cabins (the master with its own study). She is lying in Palma and available for inspection. 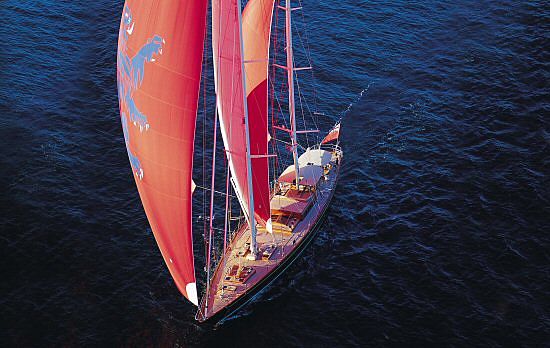 Toby Walker, also of CNI London, and Arne Ploch, CNI Palma, jointly list the 34.7m/114.7’ Polycarpus for sale. A unique stylish world cruiser, Polycarpus was built in 1949, and refitted in 2003. She is a fine outcome of artistic vintage shipbuilding combined with the latest in nautical techniques, featuring luxurious accommodation for twelve guests in six cabins, with the master stateroom on the main deck, and spacious comfortable deck areas. She has been mechanically upgraded and beautifully maintained to date and boasts an excellent charter record. Currently lying in Palma she is available for inspection.

Matt Fisher, of CNI Cannes/ Golfe Juan, brings a 2006 Ferretti Custom Line 97’ to CNI’s listings. With accommodations for twelve guests and six crew, she cruises at 27 knots and is available for inspection in Gocek, Turkey. Charles Ehrardt of CNI Antibes lists the 34.1m/111’ Ferretti Celebration for sale. Built in 2003, she accommodates ten guests and six crew. Charles also announces the sale of the 40m/131’ sailing yacht Antares, built by the famous Dutch Royal Huisman Shipyard, sold to a repeat CNI client after only two months on the market; as well as the 26m/86’ Alcina from Falcon Yachts.

Charter - New additions to the charter fleet
Maraya, which translates as ‘many mirrors’ is the newest launch to join CNI’s charter division in Monaco. This 2007 54m/177.82’ motor yacht offers the latest innovations in technology along with an abundance of luxurious interior and exterior spaces. Fresh from the yard, her first charter will be in March, followed by a no doubt highly successful summer charter season in the Mediterranean.

The team are also pleased to announce that the 49.8m/164’ Braveheart has returned to their fleet. Following an extensive refit related to safety, maintenance and modernization of the yacht, she is now available for charter in the Mediterranean for the summer season. Over on the other side of the Atlantic, CNI’s charter division in Fort Lauderdale welcome the 43.3m/142’ Marinteknik Griff to the fleet. A contemporary motoryacht, with an interior by Paola Smith, Griff was built in 1994 and refitted in 2007, and is now available for charter in the Caribbean.

The 34.1m/112’ Symphony II from Westport will be cruising the ABC’s this summer, whilst back on this side of the Atlantic the 25.65m/85’ Anne Viking from Princess Yachts will be combining charters in Stavanger, the European Capital of Culture 2008, with the Norwegian fjords this summer. The 39.7m/130’ Parvati from CRN will be heading to the cruising grounds of Croatia for a summer season of charters.