The Ferretti Group unveiled the latest model in their Custom Line planing range at this year's Miami Yacht Show: the 32-metre Custom Line 106, which will make its debut in late 2018. The Ferretti Group engineering group teamed up with the Italian designer, Francesco Paszkowski on the design, with Paszkowski collaborating with the architect Margherita Casprini on the interiors. In addition, Paszkowski previously worked with the Ferretti Group on the Custom Line 120 series, of which the first hull was recently delivered in the Bahamas. Revealed in detail at the show, the 32-metre Custom line 106 features a walkaround wheelhouse, a split foredeck seating area and cutaway bulwarks creating a flood of natural light inside through the saloon windows. 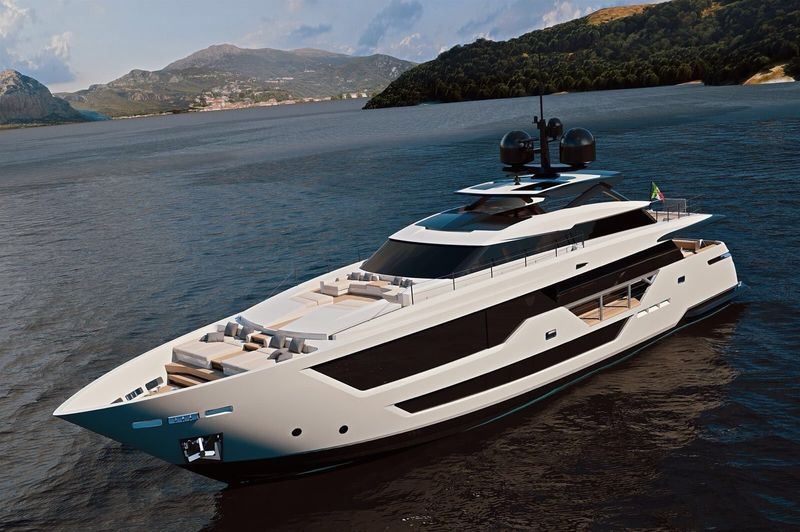 On board, the layout on the lower deck contains four standard cabins, two VIP cabins amidships and two twins forward, all of which have separate bathrooms. The beds in the VIP staterooms face the bulwark to make the most of the view from the large hull windows, while an optional additional Pullman bed can also be fitted in each of the two twin cabins. There is a full-beam master cabin in the foredeck, including two dressing rooms and a large bathroom. A panoramic terrace can also be added on request.

The 34-metre yacht features large floor surfaces which are all interconnected as part of the design. To the stern is a more advanced version of the patented DMT - Dual Mode Transom system. This features two hatches that cover the stairs when the vessel is in motion, thus giving the stern a clean-cut appearance. When the ship stops, they disappear into the central part of the door, allowing guests to climb up. In addition, a tender of up to 5.45-metres and a three-person jet ski can be lowered into the water. 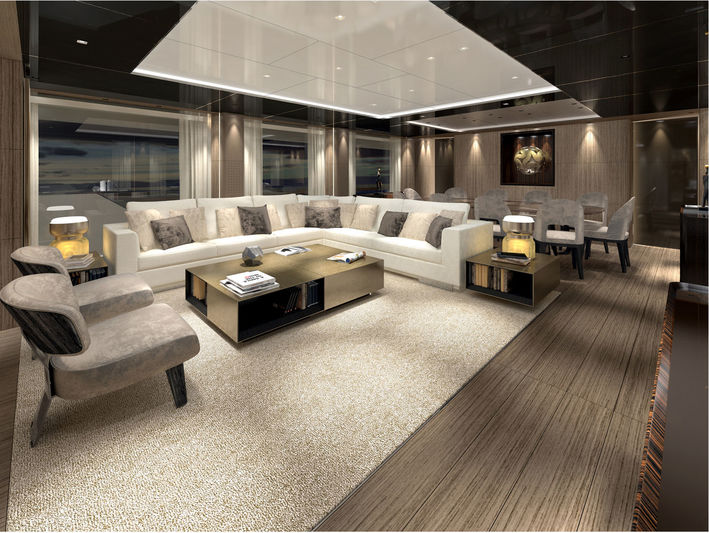 Stylistically, the superyacht's interiors are in the same vein as the Custom Line 120, but achieve greater formal balance, with distinctive, strong colour contrasts in the furnishings and coverings. In addition, the design pays particular attention to alfresco areas, with side windows integrated into the hard top on the upper deck, offering protection from the sun and allowing a panoramic view when seated. In addition, the foredeck seating area is perfect for lounging and boasts a large dinette, sofa and table. 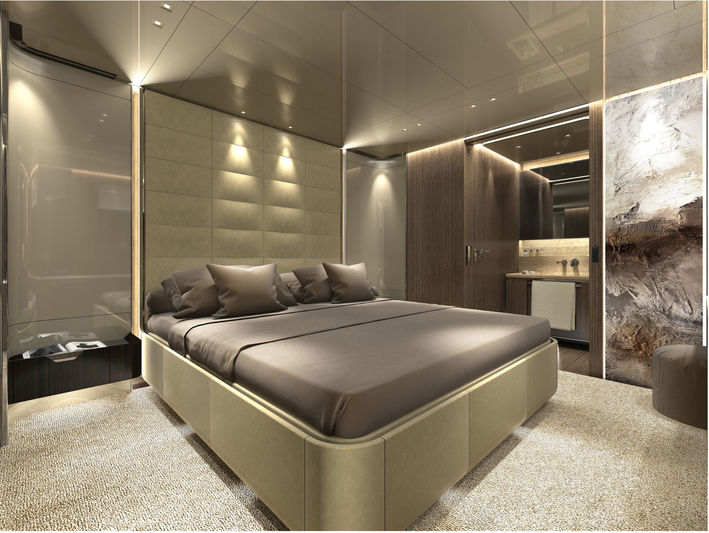 "In the design of the new 106’, a number of the brand’s distinctive features have been emphasized and new stylistic traits have been introduced. As is plain to see in various places, efforts have been made to break down the boundaries between the exterior and the interior. The new technical solutions and all of the aspects of the exterior and interior lines are closely interlinked, as they are all parts of a single architectural arrangement with perfect balance between the forms and functions,” explained Francesco Paszkowski. 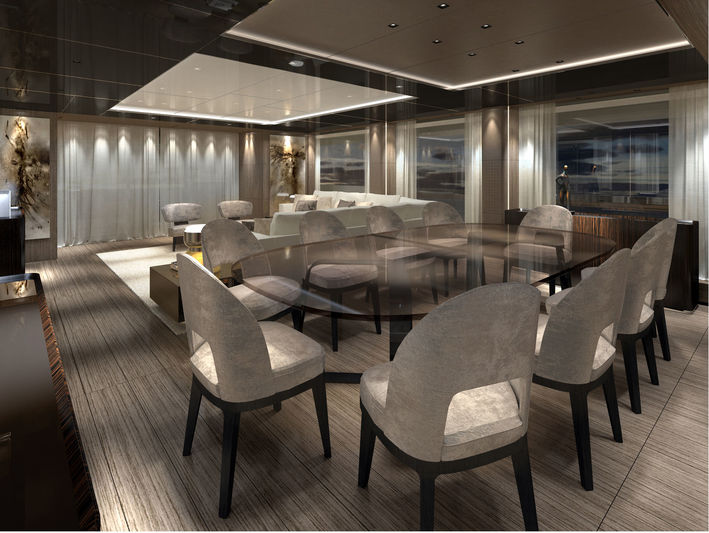 The Custom Line 106’ is fitted with twin MTU 16V engines which can take it to a maximum speed of 23 knots, according to preliminary data. As an alternative, twin MTU 16V engines can be fitted which can reach a maximum speed of 26 knots. The standard version would also be equipped with electro-hydraulic stabilizing fins, offering both underway and zero-speed modes, however, on request, gyroscopic stabilizers can also be fitted for maximum comfort at anchor.

Alberto Galassi, the CEO of the Ferretti Group had this to say on the new model. “The Custom Line 106’ marks another step forward in the growth of the Ferretti Group brand dedicated to large fibreglass yachts. This exceptional vessel complements the Custom Line planing-hull selection, which comes together with the array of semi-displacing models to form a comprehensive range for owners who want sizeable spaces, cutting-edge technological solutions, style and comfort: in other words, Custom Line excellence.” 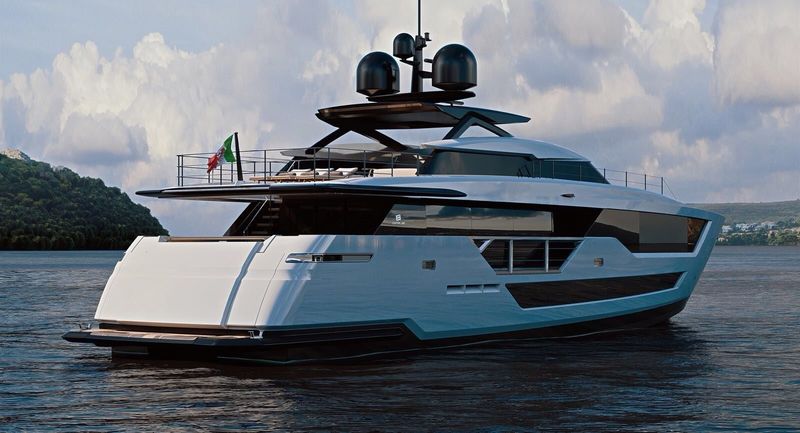