The Ferretti Group has released details of the next generation Pershing 8X yacht at this year's boot Düsseldorf. A carbon-fibre model measuring 25.5-metres, the Pershing 8X is the result of a collaboration between designer Fulvio De Simoni, the Ferretti Group product strategy committee led by Piero Ferrari and the group's engineering department. 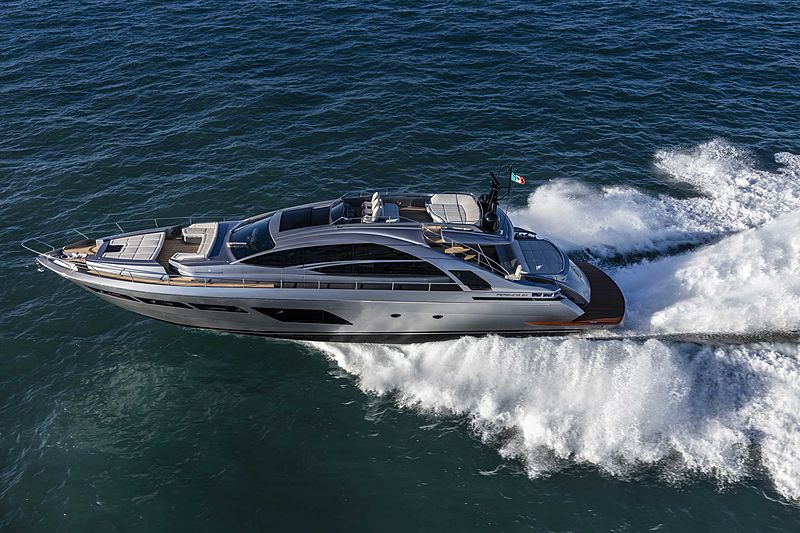 Photo: Ferretti GroupThe yard describes the model as a "true evolution" of the slightly smaller, 24.98-metre Pershing 82, and explains that it features "lines that are even sleeker and sportier". The model also features imposing side wings and a sundeck with an aerodynamic profile. 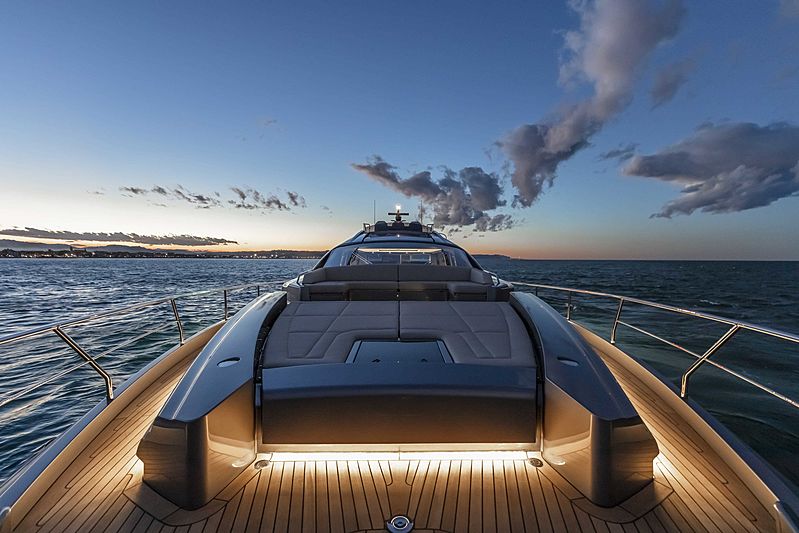 Photo: Ferretti GroupA characteristic element of the model is the black painted steel stairway which leads up to the 15 square-metre sundeck and is covered in teak and framed by carbon fibre. 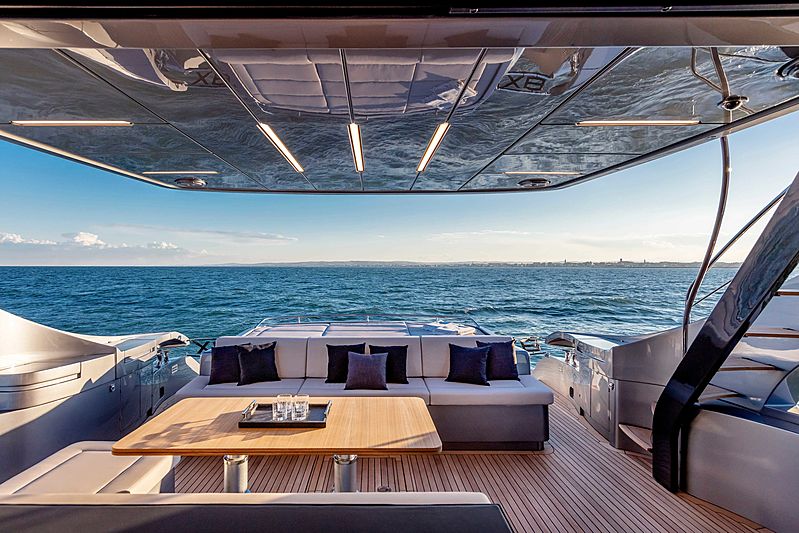 Photo: Feretti GroupIn addition, another stand-out feature on board is the yacht’s music hull, developed by Ferretti Group's engineering department in collaboration with tech company Videoworks. 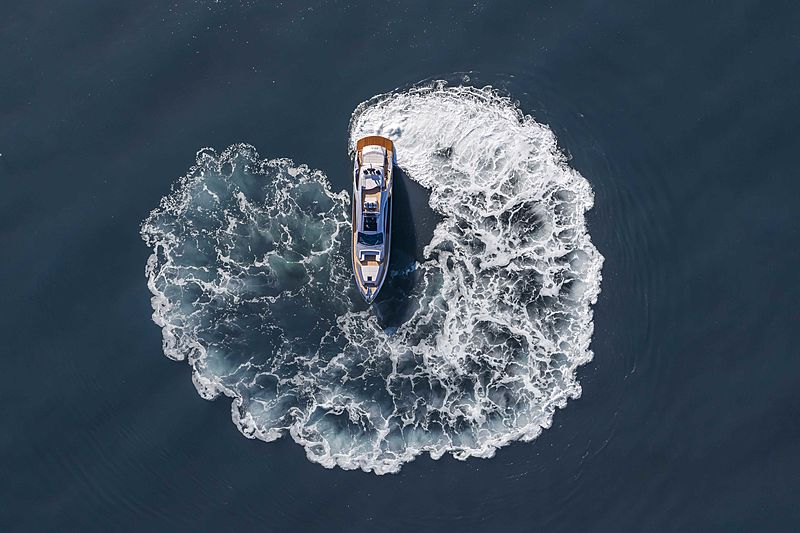 Photo: Ferretti GroupThe music hull plays music underwater for the benefit of swimmers and divers thanks to a high definition loudspeaker embedded within the hull which can be controlled via smartphones and tablets by owner and guests. 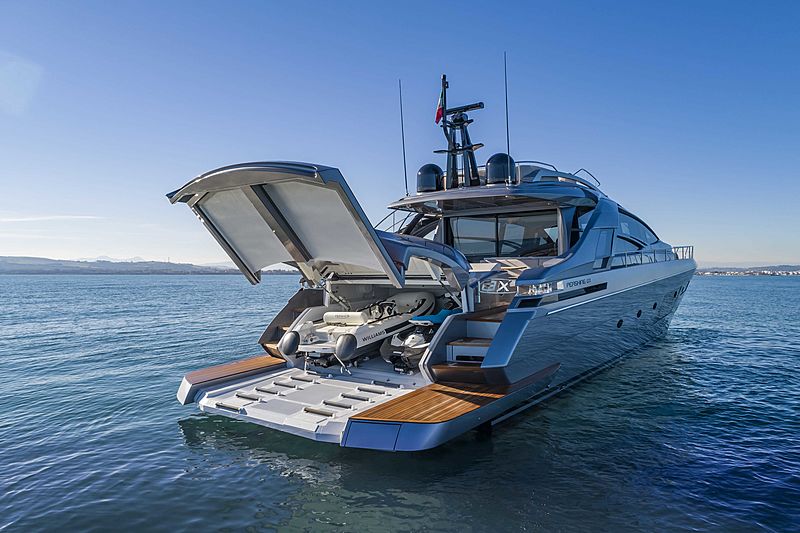 Photo: Ferretti GroupOn board, the aft swimming platform leads to the tender garage which can house one Williams Sportjet 345 tender and a jet ski.

The main deck itself is divided into three distinct areas; a lounge, a dining area and helm station, with double side access from two doors at the helm station and a dining table for eight. 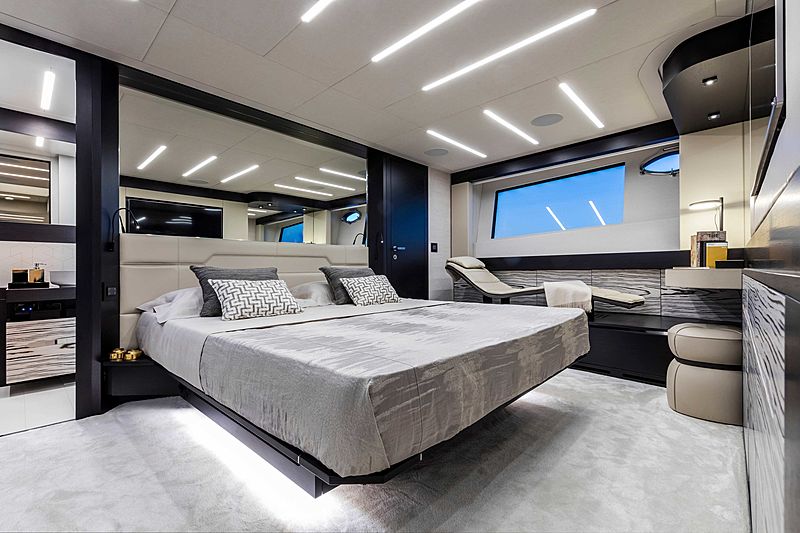 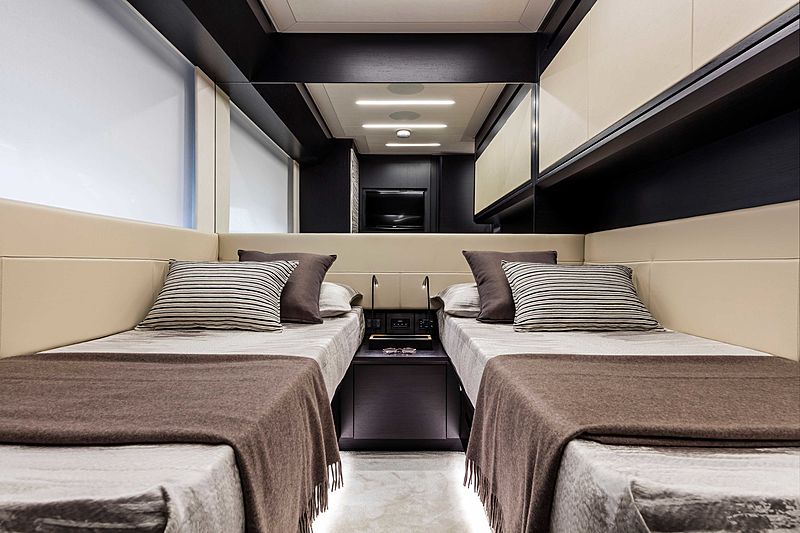 Photo: Feretti GroupShe accommodates eight guests in four double cabins on the lower deck. These comprise a full-beam master suite with walk-in closet and bathroom, a VIP cabin on the foredeck with a dedicated port-side bathroom and two double guest cabins and a sharing starboard-side bathroom. A crew of three is also accommodated for on board. 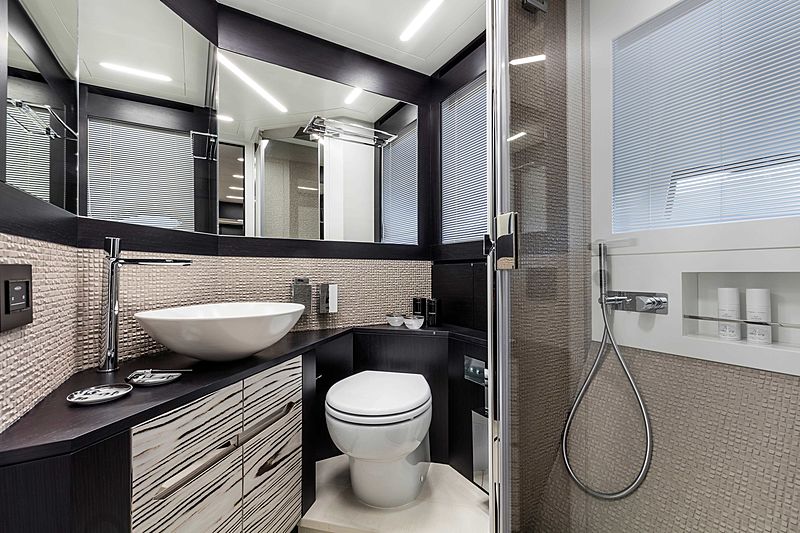 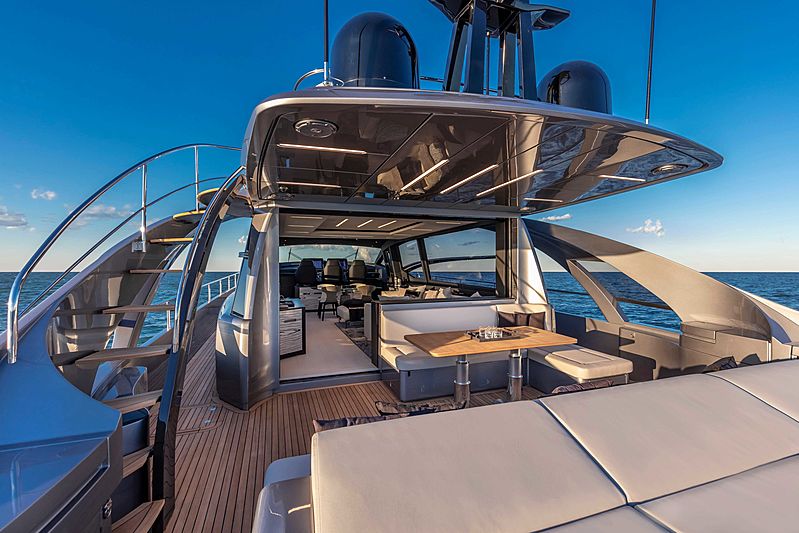 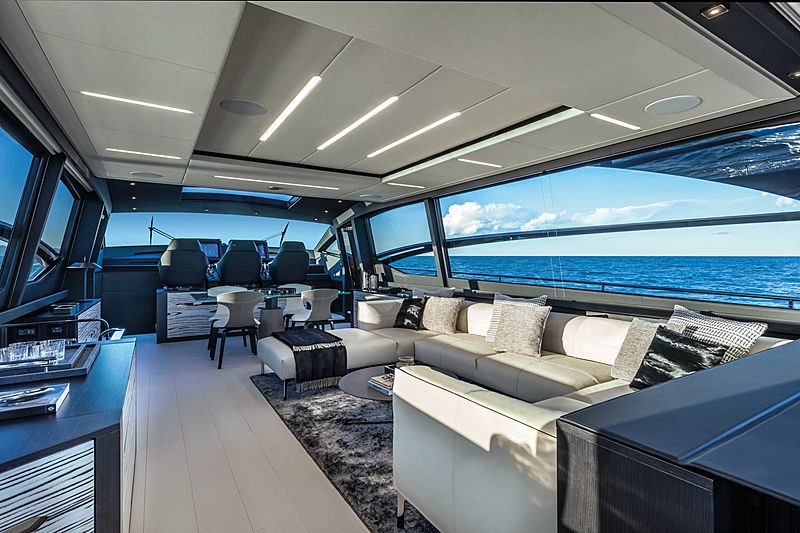 Photo: Ferretti GroupIn addition, as with the Pershing 82, there is also the option to install a second propulsion system, which is featured on the first unit of the series. The twin 2638 hp MTU 16V 2000 M96L engines would provide a top speed in excess of 48 knots and a cruising speed of 41 knots.

Over 60,000 visitors at Boot Düsseldorf for opening weekend