Based in Fano on Italy’s East coast and directly connected to the Adriatiac Sea is Filippetti Yachts. The yacht builder yesterday announced the launching of its first F93 model which is destined for a North American client, expected to be delivered over the coming weeks. 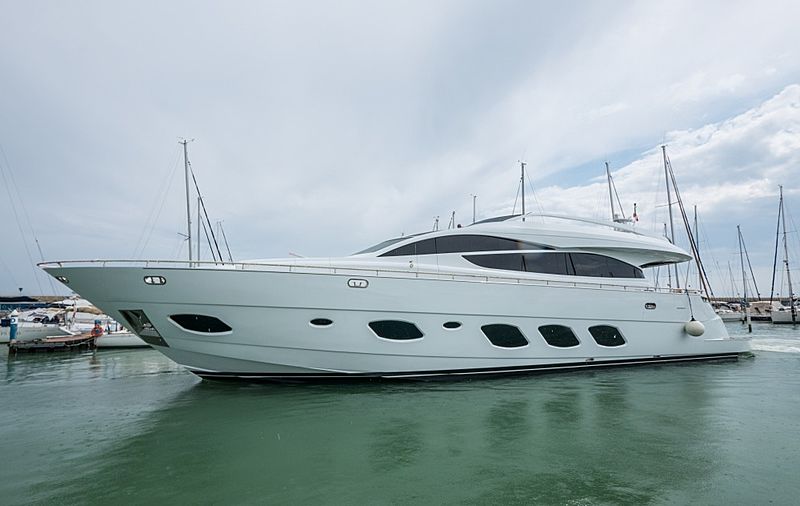 TheF93is designed in collaboration with Fulvio De Simoni and is built as a flybridge model for the first unit. The yacht is said to combine the spaciousness and freedom of the outdoors of a flybridge yacht with the sporty and aggressive styling of a hard top fast cruiser. The result is an athletic yet elegant affair finished with a crisp white metallic exterior. 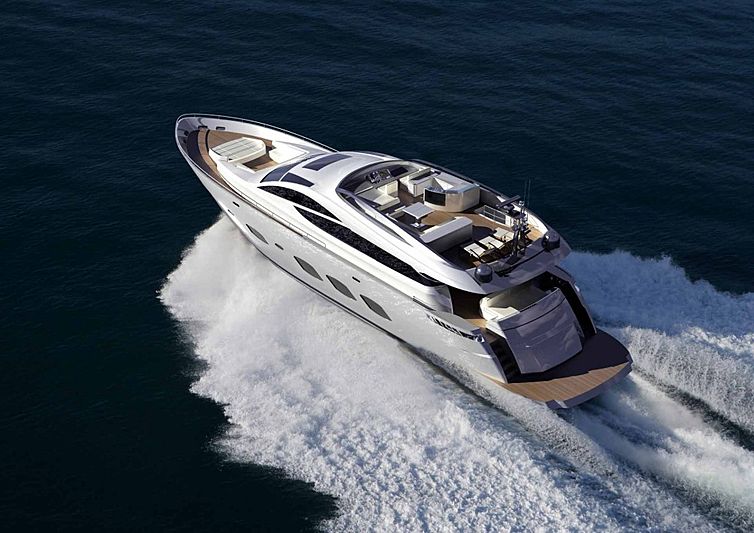 The lower deck is dedicated to the yacht’s four guest cabins. The full beam master suite is positioned amidships with a VIP cabin in the bow, separated by a twin and double cabin. Crew quarters are placed directly aft of the master cabin and features space for three crew members and a spacious galley that connects to the main deck through an interior staircase. 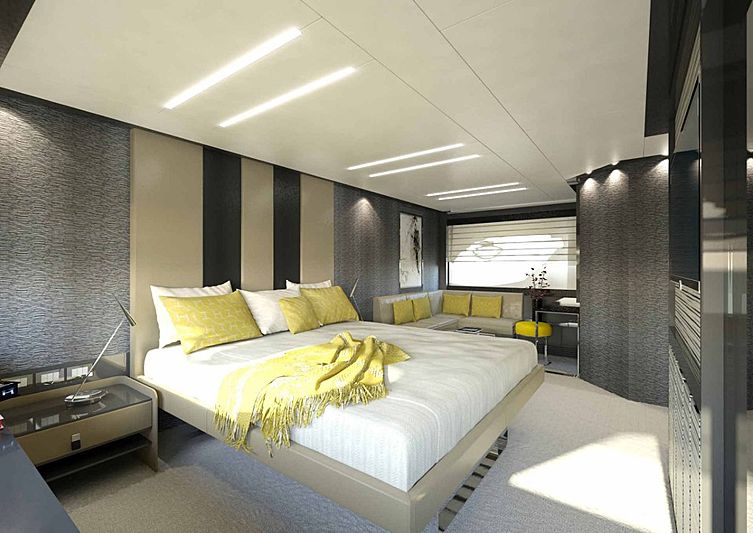